President Biden, and former Presidents Donald Trump and Barack Obama, shared Christmas messages with Americans Saturday as the more than 200 million Christians in the United States celebrate the birth of Jesus Christ.

“From our family to yours, Merry Christmas! May your time with loved ones be filled with warmth, comfort, and joy this holiday season,” Biden said in a tweet.

Trump also issued a brief statement in the form of a release from his Save America PAC.

“Merry Christmas to all. We will Make America Great Again!” Trump said. 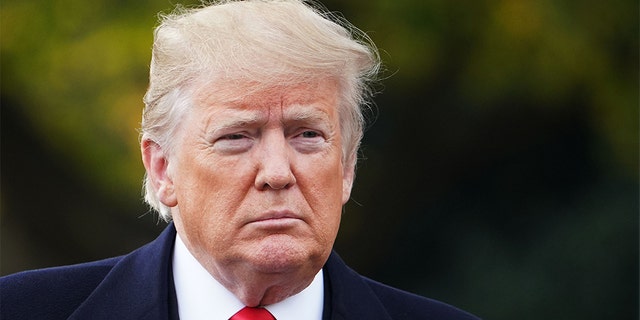 Former President Donald Trump makes his way to board Marine One from the South Lawn of the White House in Washington, DC on November 2, 2018. –
(Getty)

Obama’s Christmas message was more lighthearted than Trump’s or Biden’s. He tweeted a photo of his dog, Sunny, wearing a Santa hat in front of a Christmas tree with presents underneath.

“Merry Christmas, everybody! This year, I got a little help spreading holiday cheer from Sunny,” Obama said. “Wishing you all a peaceful and joyful holiday season with the ones you love.”

The reply thread to the Obama Tweet included many people sharing photos of their own dogs donning Christmas apparel.

Biden, Obama and Trump are three most recent presidents of the country that has the largest Christian population in the world, according to Pew Research.

According to the Congressional Research Service, Christmas was first declared a federal holiday in the U.S. by Congress in 1870 in the same law that also designated New Year’s Day, Thanksgiving and Independence Day as federal holidays.