When Sen. Bernie Sanders (I-Vt.) and former Vice President Joe Biden canceled their Ohio rallies on Tuesday, it seemed like the 2020 campaigns were suddenly getting serious about coronavirus precautions.

Sanders went back to Vermont and made no public remarks during a disappointing primary election night where nearly every state went for Biden.

Biden gave a speech in Philadelphia, but there was no crowd and the place looked eerily empty. 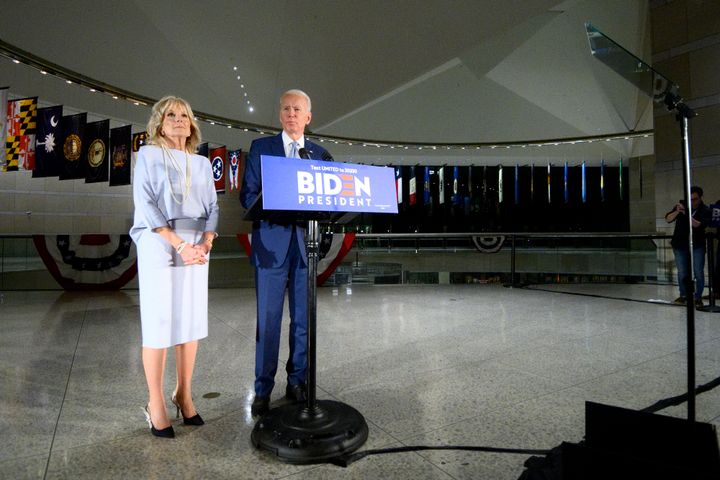 Campaigns at all levels are just starting to adjust to the reality that shaking people’s hands, squeezing babies and going door-to-door may not be the best idea during a global pandemic.

Ann Ashford, a Democratic congressional candidate in Nebraska, said she is suspending knocking on doors for the foreseeable future.

“We will still be dropping lit but we will not be asking you to answer your door,” she told supporters in an email on Tuesday. “Having worked with the infectious disease folks at Clarkson Hospital through the early 1990’s they taught me well. We are instructing our staff in the same way I was taught….no handshakes and giving personal space.”

Rep. Andy Kim (D-N.J.) switched a town hall gathering scheduled for March 13 to an event where people call in.

Jesse Mermell, a Democrat running in Massachusetts’ 4th congressional district, said she is canceling or adjusting any event with more than 50 people.

“At existing events, we follow a strict, mandatory safety protocol ― elbow bumping instead of hand shaking, no more hugs, mandated hand washing and sanitizing, and no communal food,” she wrote in a Medium post. “We are being particularly mindful of events where constituencies might be more vulnerable.”

Mermell acknowledged that her campaign was fortunate it was able to make these decisions, noting that many American workers don’t have paid leave policies or access to affordable health care.

In New York, state legislative incumbents and their challengers are having trouble collecting the signatures required to get on the ballot. Petitions are due by April 2.

State Assemblyman Richard Gottfried (D) told The New York Post that his campaign workers “reported quite a few people refusing to sign petitions, saying things like they didn’t want to touch the pen.” Other lawmakers said that campaign volunteers don’t want to go out and collect signatures because of the risk of contracting COVID-19.

One lawmaker is now drafting legislation to reduce the number of signatures required to get on the ballot in New York counties with at least one confirmed case of the coronavirus.

But not all politicians are adjusting their plans.

When a reporter asked Sen. James Inhofe (R-Okla.) whether he was taking any precautions against the coronavirus, he extended his hand and said, “Wanna shake hands?”

At 85 years old, Inhofe is part of the population that public health officials warn is especially at risk in the pandemic.

President Donald Trump continues to downplay the crisis and insist that everything is fine. On the same day that Biden and Sanders canceled their rallies, Trump announced he would hold a “large campaign event” in Milwaukee on March 19.