With an expected recall election on the horizon to oust Democratic California Governor Gavin Newsom, Republican hopeful Kevin Faulconer has proposed a plan to keep retired veterans in California.

“It’s a very straightforward plan to make California more affordable and livable for the men and women who served our nation,” Faulconer told Fox News in an interview. “It’s a plan to make sure that veterans are taxed less and housed more.” 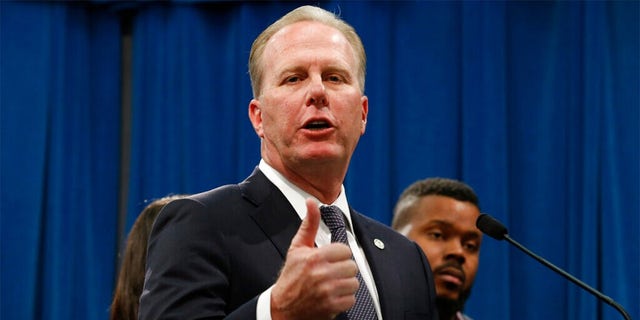 Faulconer, who announced his candidacy to be the Golden State’s chief executive in early February, said the ultimate goal is to make the state more appealing for retired veterans. California, with its high cost of living, ranks among the worst states to retire in, generally.

Faulconer told Fox News the “Helping Our Heroes” plan will provide the “extra help, the extra resources, and the extra support to really help make folks who can afford to stay here in our state.”

“What we’ve seen is too many Californians and veterans moving to other states across this country because California is just simply not affordable,” Faulconer said. “We’ve targeted several key areas in terms of not taxing veterans’ military retirement pay. California is only one of three states that does it. That will make a huge impact.”

Faulconer, who was mayor of San Diego from 2014 to 2020, said the plan would also address the state’s roughly 11,000 homeless veterans – a number he decried as “shameful.”

While mayor, Faulconer implemented a similar program, “Housing Our Heroes,” to get 1,000 homeless veterans off the street and back into apartments of their own. Faulconer said the program was a success and that San Diego was the only big city in California to reduce homelessness by double digits in the last two years.

One of the reasons for that success, Faulconer said, was that he did not allow tent encampments – something that has become a familiar sight in most major California cities. 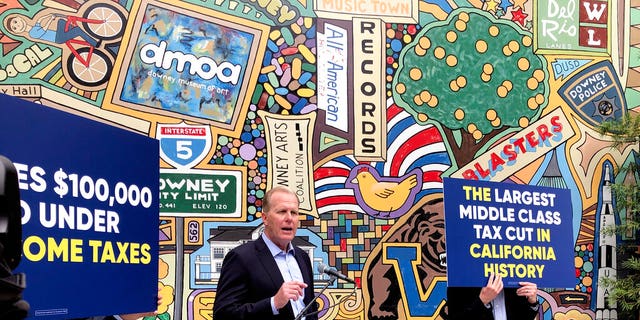 FILE: Kevin Faulconer, a Republican candidate for California governor, speaks during a news conference in Downey, Calif, where he announced his $15 billion tax-cut proposal.
(AP)

“Our goal is to launch this program, to take it statewide with one goal: let’s get the 11,000 California veterans the state has left behind. Let’s get them back on their feet and into a place of their own,” Faulconer said.

Other aspects of Faulconer’s proposal include increasing state funding to County Veteran Service Offices (CVSO) by $6 million per year to assist veterans dealing with the Veterans Administration and Department of Defense.

Faulconer said he would also double the amount for disabled veterans property tax exemption to $200,000 and roughly $400,000 for low-income veterans so that they can afford to stay in California.

The proposal for veterans comes two weeks after Faulconer proposed ending the state income tax for individuals making up to $50,000 and households up to $100,000 as part of a plan to make the notoriously costly state more affordable for families and the middle class.

Faulconer is among a growing list of Republican candidates hoping to oust Newsom in the all-but-certain election expected this fall.