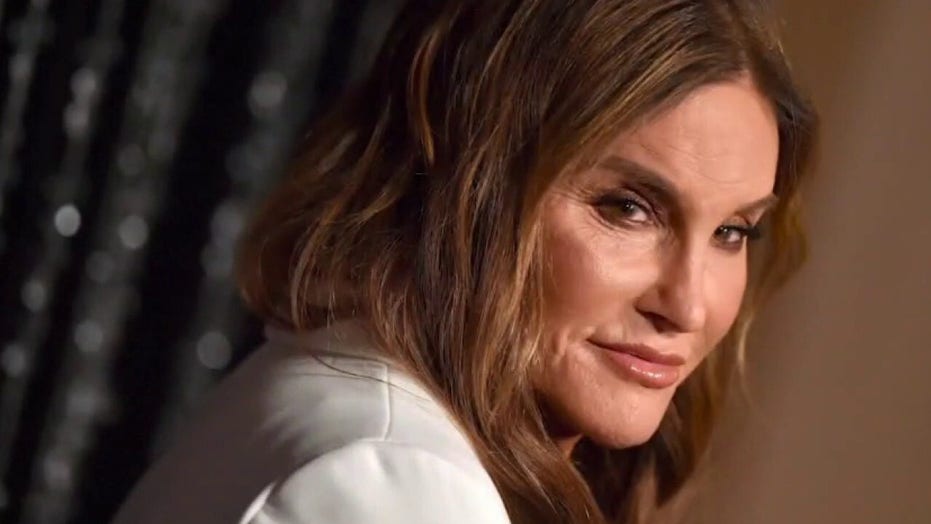 California Republican gubernatorial candidate Caitlyn Jenner made a campaign stop at the U.S-Mexico border in San Diego County on Friday as illegal immigration continued to spike.

“On the California / Mexico border meeting with our border patrol agents,” Jenner, a reality TV star and former Olympian, tweeted Friday. “As governor I will ensure all of our law enforcement and border patrol needs are met. We need to secure our border and I am so grateful for the men and women that risk their lives here everyday.”

Jenner is one of numerous Republicans hoping to replace incumbent Gov. Gavin Newsom, a Democrat, in a recall election later this year. On Friday, Jenner toured the Otay Mesa Port of Entry with border authorities – one month before voters head to the polls.

“We need, as Californians to – bottom line – secure this border, whatever it takes,” Jenner said, according to FOX 5 of San Diego.

Jenner returned to the U.S. from Australia last weekend where she was reportedly filming a reality show. She was in Los Angeles on Thursday talking about homelessness, FOX 5 reported. 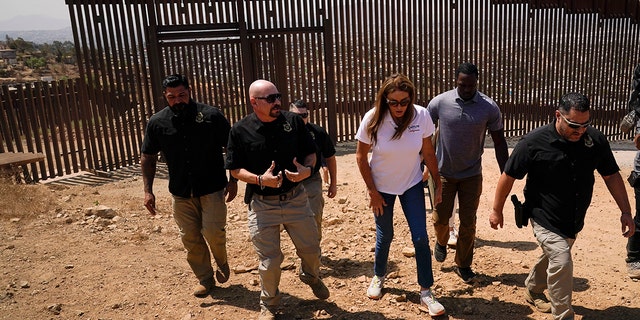 Caitlyn Jenner, center in white shirt, a Republican candidate for California governor, walks alongside members of the National Border Patrol Council during a visit to the border Friday, Aug. 13, 2021, in San Diego. (Associated Press)

Conservative talk show host Larry Elder appears to be the frontrunner in the race to oust Newsom from office, with support from around 34% of voters, according to polls, while Jenner trails far behind at about 12%.

“I’ve been in races all my life – won a lot of races,” said Jenner, who starred at the 1976 Summer Olympics in Montreal. “I’m in this to win it and I know how to win.” 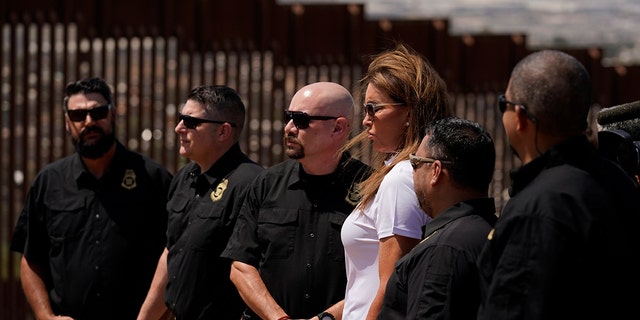 Caitlyn Jenner, center in white shirt, a Republican candidate for California governor, looks on alongside members of the National Border Patrol Council during a visit to the border Friday, Aug. 13, 2021, in San Diego. (Associated Press)

Jenner said Newsom had never been to the border while governor, although the Democrat reportedly met with San Diego leaders near the San Ysidro Port of Entry soon after he took office in March 2019 to discuss border-related issues.

In a video tweet she posted Friday, Jenner said “we have to finish the wall.” The video also allegedly showed migrants trying to cross the border. The migrants then reported themselves to border authorities, according to FOX 5.

The recall election will take place Sept. 14. Whoever gets the most votes to replace Newsom will become governor if more than 50% of voters say they want the Democrat removed from office.