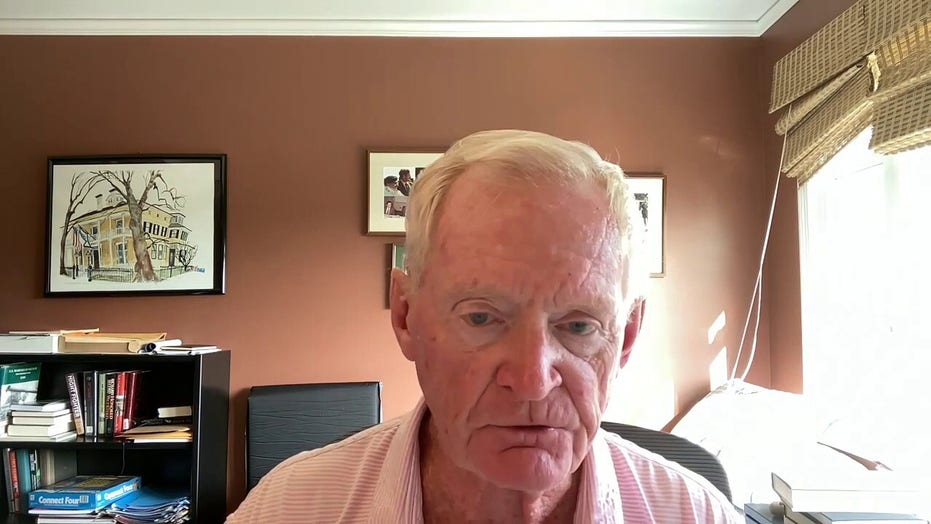 A former assistant defense secretary warned that Al Qaeda "will again show its viper head" and said President Biden was "disingenuous" and during his address Monday.

A former assistant defense secretary warned that al Qaeda “will again show its viper head” and said President Biden was “disingenuous” during his address Monday.

Biden dug in on his decision to withdraw troops from Afghanistan during his speech, despite that the Taliban has swept through the nation. The Taliban quickly captured territory, invaded the capital city and took control of the presidential palace.

“We’re the losers coming out looking like losers the way things are happening at the airport,” West, who served as an assistant defense secretary under President Reagan, continued.

The airport outside of Kabul fell into mayhem after the Taliban invaded the city, with Afghan and foreign nationals – including U.S. citizens – trying to escape the country. At least seven people died in the chaos.

“I was struck with how defensive [Biden] was, almost angry that this could be happening because he’s so much in the right,” West told Fox News. “He’s not in the right and he didn’t tell the truth.”

“He was disingenuous,” he continued.

Biden said during his speech that there would be “endless rows of headstones at Arlington National Cemetery.”

West, a Marine combat veteran, told Fox News, “That’s simply not true. We haven’t been in combat on the ground for a few years now.”

“We could continue this indefinitely and keep the terrorists from taking power in Afghanistan,” West told Fox News, noting that Afghan forces were doing the fighting prior to the U.S. withdrawal.

“Al Qaeda  will again show its viper head, and I have no doubt that within six months, we will be striking targets inside Afghanistan,” West said. “No matter what the president is saying today, that’s going to happen.”

“I’m afraid that President Biden has made a terrible mistake that’s going to come back to bite us,” he continued.

Chairman of the Joint Chiefs of Staff Gen. Mark Milley recently told lawmakers that the Taliban insurgency could allow al Qaeda to grow at a rapid pace.

West said U.S. adversaries would have taken over its allies had America withdrawn. He said, for example, that the Soviet Union would have taken Western Europe had the U.S. left West Germany.

West also criticized top Pentagon officials for not having an evacuation plan and called out Defense Secretary Lloyd Austin for not addressing the troops and veterans that served in Afghanistan. There have been widespread media reports noting the frustration and mental health struggles veterans have struggled with while watching the Taliban sweep through a nation they fought to protect.

“The military operational chain of command has egg on its face,” West told Fox News. “It is inexcusable for the military not to have a contingency plan for a panic like this, because it’s exactly what we saw in Saigon in ’75. Identical.”

“For them not to have anticipated and had a plan ready for this, that is a failure of our military,” he continued.