WASHINGTON – President Joe Biden’s nominee for a powerful appeals court who is also being watched as a potential future Supreme Court pick cleared a procedural hurdle Thursday in the Senate and is on track for confirmation as soon as next week.

Despite opposition from some Republicans, the Senate agreed 52-46 to cut off debate on the appeals court nomination of U.S. District Court Judge Ketanji Brown Jackson, meaning her confirmation for a seat on the U.S. Court of Appeals for the District of Columbia Circuit is all but assured.

The Senate has ramped up its approval of Biden’s judicial nominees in recent weeks and the chamber also cut off debate Thursday on Zahid Quraishi, a federal magistrate in New Jersey who would be the nation’s first Muslim district court judge.

Quraishi’s final confirmation was expected later in the day Friday.

But it is Jackson who has received the most attention among Biden’s early picks because she is considered a likely future nominee for the Supreme Court. Her confirmation to the appeals court is expected to take place as soon as Monday.

During the presidential campaign, Biden promised to name a Black woman to the Supreme Court for the first time in U.S. history, and Jackson’s name has appeared in the mix of leading candidates ever since. She was on President Barack Obama’s short list for a spot on the nation’s highest court after Associate Justice Antonin Scalia’s death in 2016.

Biden’s first opportunity to follow through on his campaign pledge would likely come if Associate Justice Stephen Breyer, 82, retires sometime before the 2022 midterm election. Breyer hasn’t indicated whether or not he plans to retire this year. 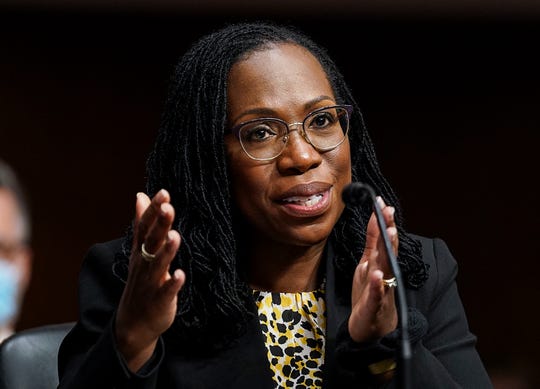 The debate over her nomination for a seat on the D.C. Circuit could offer clues about how Republicans might approach her as a choice for the Supreme Court. Three Republicans joined with Democrats to support cutting off debate: Sens. Susan Collins of Maine, Lindsey Graham of South Carolina and Lisa Murkowski of Alaska.

At 50, Jackson could serve decades on the high court, if she were to be nominated and confirmed. She won Senate confirmation for the district court in 2013 on a voice vote – signaling bipartisan appeal. But several Republicans voted against her D.C. Circuit nomination last month in the Senate Judiciary Committee.

The objection was based, at least in part, on her answer to a question from Sen. Ted Cruz, R-Texas, about whether she agreed with the notion of a “living Constitution” that adapts to the times.

At the time, Jackson declined to answer directly, noting she had “not had any cases that have required me to develop a view on constitutional interpretation of text.” 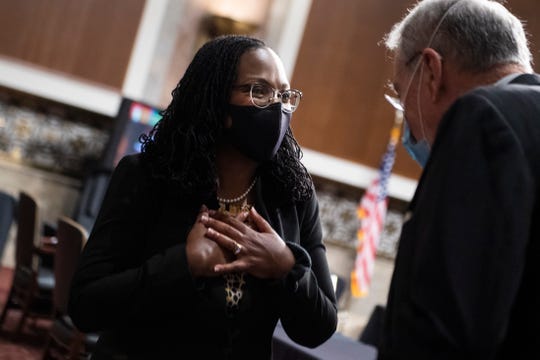 “Unless a circuit nominee can show me that he or she (is) affirmatively committed to the Constitution as originally understood, I don’t think that he or she should be confirmed,” said Sen. Chuck Grassley, R-Iowa, the top Republican on the Senate Judiciary Committee. “It’s only a fair way of doing things.”

Long considered a conservative appeals court, the D.C. Circuit now has six Democratic-nominated judges and four named by Republicans. Two seats opened up shortly after Biden won the presidency. Merrick Garland, nominated to the court by President Bill Clinton, was confirmed on March 10 as attorney general. Judge David Tatel, also named by Clinton, announced he will take semi-retirement once his replacement is confirmed.

If confirmed by the Senate, Jackson would join the appellate bench at a time when progressive groups have decried a lack of diversity. There are currently four Black women judges out of more than 170 active judges on the federal appeals courts.