A 60-day halt to the construction of Trump’s border wall is due to expire on Sunday, and the Biden administration is giving few clues about what will happen to it next.

Insider spoke to three people close to the issue, who suggested that the likeliest outcome is for the White House to put off deciding what to do next, especially in light of the worsening surge of migrants at the US-Mexico border.

Biden signed a proclamation halting wall construction only moments after being sworn in. That 60-day pause comes to an end on Sunday March 21, and officials have yet to announce a new plan. Spokespeople for the White House, Customs and Border Protection (CBP), and the Department of Homeland Security (DHS) declined to comment.

Construction companies contracted under by the Trump administration are not due to immediately restart work on Sunday without intervention.

Nor does there seem to be an appetite to undo any work, which in many places looks jarring and is evidently half-done.

David J. Bier, an immigration policy analyst at the Cato Institute, told Insider that “there’s no conversation about” the wall when he speaks to Biden officials.

Instead, he said, they are focused on the influx of people — including children — from trying to cross the border with Mexico. As of Monday, there were 4,200 children in CBP custody, per CBS News.

The situation appears to have put the issue the future of the wall far down the agenda.

“No one is saying anything about the border wall being some kind of solution to what’s happening,” Bier said. “No one is thinking ‘if only we finished the fence.’ Everyone is focused on: ‘How do we deal with the people who we process?'”

Bier said he expects that the 60-day pause will simply be extended.

Handling a flow of new migrants 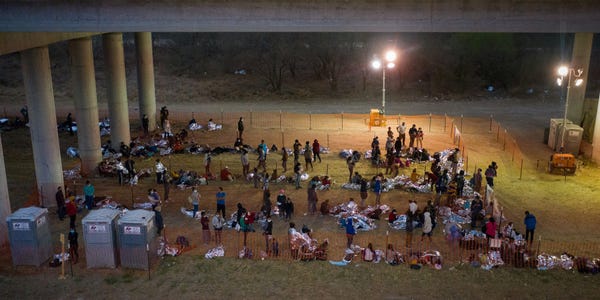 Jessica Bolter, an associate policy analyst at the Migration Policy Institute, told Insider: “I think that the administration is really trying to balance their mission to implement a more humane system at the US-Mexico border and treat migrants in a way that’s consistent with humanitarian obligations.”

But much of the infrastructure needed to handle the numbers humanely does not exist, and DHS has dispatched the Federal Emergency Management Agency to help out for the next three months, as NPR reported.

A facility to temporarily house 700 migrant children was opened in Texas in mid-February, prompting criticism from progressives like Alexandria Ocasio-Cortez. 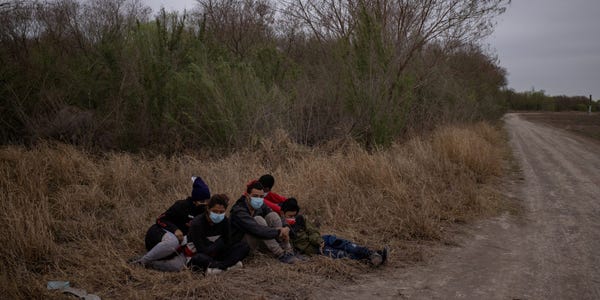 Taking any action on the border wall either way is politically perilous, and a calculated silence seems to be the White House strategy.

CBP still does not have a nominee for commissioner, a post that is currently temporarily held by career official Troy Miller. This key post not being filled may also be holding things up, Bolter said.

The No Border Wall Coalition, a group of at least 70 anti-wall organizations, have written to the Biden administration highlighting priority sites where they say tearing down the wall would benefit endangered species and habitats.

According to Myles Traphagen, a borderlands program coordinator at the Wildlands Network, the coalition never heard back.

In the meantime, the Biden administration still appears to be assessing what it can legally do with the $1.4 billion approved by Congress for the wall.

At a March 10 White House press briefing, Coordinator for the Southern Border Ambassador Roberta Jacobson gave no answer to the question of how much of that money had been spent so far.

Bolter said this money could still be used on things other than wall building. “The Trump administration was using that money mostly for border wall construction, but it there’s also an option for it to be used for things like access roads or putting technology into place at the border.”

The machines stop. But could they start again? 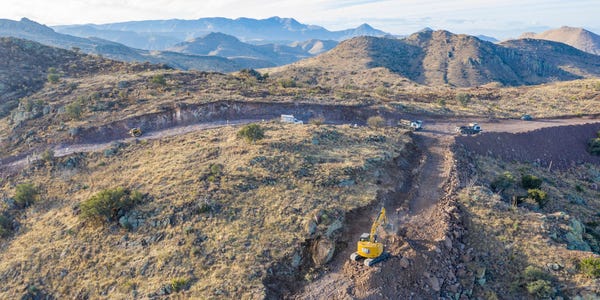 Since January 20, machinery has largely either stood idle or has been decommissioned from wall construction sites, according to Traphagen, the borderlands coordinator.

Campaigners are wary of any sign that contractors are ignoring the pause. In mid-February, a group recorded footage of earth-moving work in Arizona’s Pajarito Mountains, a critical habitat for jaguars. The Center for Biological Diversity released an alert about the activity.

Traphagen — who has closely monitored construction at several sites for the report sent to the White House — doesn’t believe it was construction work, and said it was likely being done to create a route to get machinery out.

(Insider approached the company reportedly doing the work, Fisher Sand & Gravel, and the Army Corps of Engineers for more information, but did not receive a reply.)

The broader anti-wall campaigning community — disappointed by successive administrations — is deeply cynical of Biden’s promise not to build further border wall, Traphagen said. However, he is personally optimistic, saying that Biden has kept his promises so far.

But as for actually removing border wall, both Bolter and Bier were sceptical that this will happen soon. The likeliest outcome appears to be continued limbo.