It really was a Super Tuesday for Joe Biden, scoring victories from Texas to Massachusetts and revitalizing a presidential bid that was teetering on the edge of disaster just days earlier.

In all, Biden captured nine states.

Bernie Sanders, however, seized the biggest prize with a win in California that ensured he — and his embrace of democratic socialism — would drive the Democrats' nomination fight for the foreseeable future.

And suddenly, the Democratic Party’s presidential field, which featured more than a half dozen candidates a week ago, transformed into a two-man contest.

Biden and Sanders, lifelong politicians with starkly different visions for America’s future, were battling for delegates as 14 states and one U.S. territory held a series of high-stakes elections that marked the most significant day of voting in the party’s 2020 presidential nomination fight. 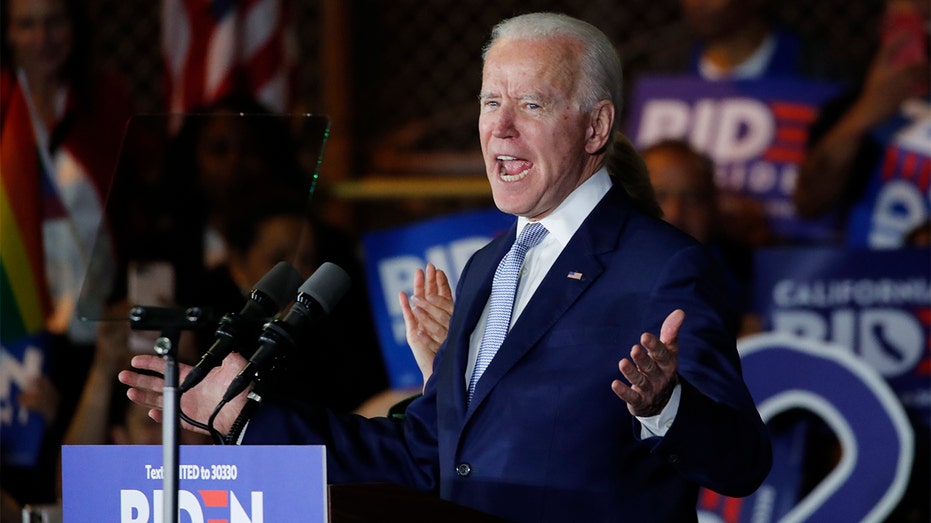 It could take weeks — or months — for the party to pick one of them to take on President Trump in the November general election. But the new contours of the fight between Biden and Sanders crystallized as the former vice president and the three-term Vermont senator spoke to each other from dueling victory speeches delivered from opposite ends of the country Tuesday night.

Biden's victories were powered by Democratic voters who broke his way just days before casting their ballots — a wave of late momentum that scrambled the race in a matter of hours. In some states, the late-deciders made up roughly half of all voters, according to AP VoteCast, surveys of voters in several state primaries. He drew support from a broad coalition of moderates and conservatives, African Americans and voters older than 45. 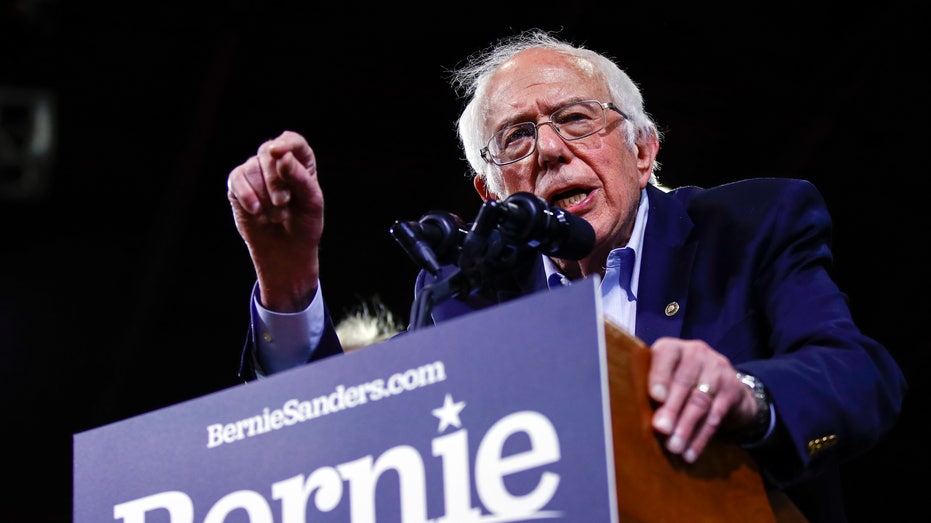 Sanders' success proved he could deliver in perhaps the greatest test of his decadeslong political career. His success was built on a base of energized liberals, young people and Latinos. But he was unable to sufficiently widen his appeal to older voters and college graduates who make up a sizable share of Democratic voters, according to AP VoteCast.

BLOOMBERG'S AD SPENDING MAY PROVIDE CLUE TO HIS PRESIDENTIAL PLANS

The other two high-profile candidates still in the shrinking Democratic field, New York billionaire Mike Bloomberg and Massachusetts Sen. Elizabeth Warren, were teetering on the edge of viability. Warren finished in an embarrassing third place in her home state, and Bloomberg planned to reassess his candidacy on Wednesday after spending more than a half billion dollars to score a single victory — in American Samoa.

There are questions about whether the Democratic primary contest would stretch all the way to the July convention or be decided much sooner.

Biden's strong finish punctuated a dramatic turnaround in the span of just three days when he leveraged a blowout victory in South Carolina to score sweeping victories on Tuesday that transcended geography, class and race.

AFTER WARREN LOSES MASSACHUSETTS TO BIDEN, WHAT'S NEXT FOR THE 2020 HOPEFUL?

The former vice president showed strength in the Northeast with a victory in Massachusetts. He won delegate-rich Texas in the Southwest, Minnesota in the upper Midwest and finished on top across the South in Virginia, Alabama, North Carolina, Tennessee and Arkansas — in addition to Oklahoma.

Sanders opened the night as the undisputed Democratic front-runner and was in a position to claim an insurmountable delegate lead. And while he scored the night's biggest delegate-prize in California, he scored just three other decisive victories, winning his home state of Vermont, along with Utah and Colorado.

With votes still being counted across the country, The Associated Press has allocated 438 delegates to Biden, 369 delegates to Sanders, 45 to Warren, 39 to Bloomberg and one for Rep. Tulsi Gabbard. The numbers are expected to shift dramatically throughout the night as new states, none bigger than California, report their numbers and as some candidates hover around the 15 percent vote threshold they must hit to earn delegates.

The ultimate nominee must ultimately claim 1,991 delegates, which is a majority of the 3,979 pledged delegates available this primary season.

The Associated Press contributed to this article.