However, a majority of President Biden’s nominees to ambassadorships thus far have been political appointees, frequently for big Democratic donors and key party players, at a rate higher than his predecessors.

While rewarding donors might seem as old as presidential elections, according to data from the American Foreign Service Association, 26 ambassador nominees were drawn from the ranks of career foreign service agents compared to 29 from “other,” or political, appointees. Biden’s current course puts him at 53% political appointees, though many spots remain without a nominee.

In January, the association noted 43.5% of outgoing President Trump’s ambassadors were political appointees. That was considered relatively high compared to 30% of politically appointed ambassadors under Presidents Obama, 31% under George W. Bush and 28% by Clinton. 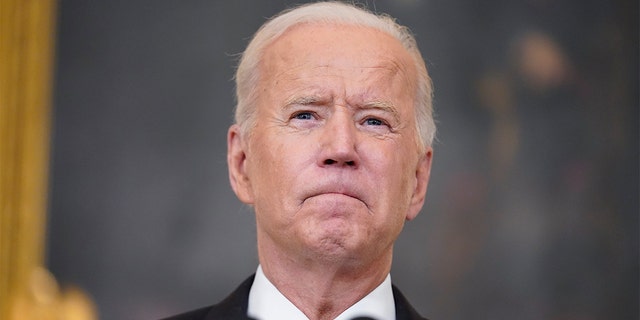 Biden nominees for ambassadorships have given a combined $3.2 million to Democratic campaigns, according to a report from the American Accountability Foundation, a conservative opposition research group that has focused on 22 nominees. It’s not clear how much some of the nominees helped raised for the campaign.

“If the nominees didn’t donate or raise money for Democrat campaigns, many were close political cronies with loyalty to the Democratic Party that reaches back 20 or 30 years,” AAF co-founder Matt Buckham told Fox News.

To represent America’s interests in Israel, Biden tapped donor Thomas Nides, a former vice chairman of Morgan Stanley and a former deputy secretary of state for management and resources in the Obama administration. Israel is generally considered the strongest U.S. ally in the Middle East. Nides has weaved in and out of government jobs and the banking and financial industry.

The AAF notes that Nides has donated almost $200,000 to Democrats, including Sens. Amy Klobuchar of Minnesota; Tim Kaine and Mark Warner of Virginia; Chris Murphy of Connecticut; Bob Menendez and Cory Booker of New Jersey; Dianne Feinstein of California; Ed Markey and Elizabeth Warren of Massachusetts; and Kirsten Gillibrand of New York. Nides also gave $180,000 to the Morgan Stanley PAC, which sent tens of thousands of dollars in support to the Democratic Congressional Campaign Committee.

Biden nominated Democrat bundler Denise Bauer to be ambassador to France. During the campaign, Bauer was chairwoman of Women for Biden. She previously raised $4.36 million for Obama’s presidential campaigns in 2008 and 2012, and Obama subsequently named her as ambassador to Belgium in 2013. Bauer previously had a career in TV news in California. She later was the chairwoman of the Women’s Leadership Forum for the Democratic National Committee.

Though not a conflict zone, France is important on the world stage as one of five permanent member countries on the United Nations Security Council with veto power.

The Center for Responsive Politics, which tracks campaign contributions, said Biden’s list of campaign bundlers lacked transparency. Bundlers are defined as individuals who raise large sums of money from multiple donors for a campaign.

“Biden released a list of individuals who raised at least $100,000 for his presidential campaign. Biden’s list does not provide details about how much each individual raised, making it less transparent than Barack Obama’s list that grouped bundlers by different ranges of money they raised,” the center said.

The center’s post references Bauer, as well as Democratic bundler and Massachusetts state Rep. Claire Cronin, whom Biden nominated to be ambassador to Ireland. Cronin donated thousands to the Biden campaign and other Democratic campaigns. Cronin has been described as “a leading surrogate and a fund-raising bundler for Biden’s presidential bid in Massachusetts.” She spoke at the Democratic National Convention roll call to cast the Massachusetts vote to nominate Biden for president in 2020.

Dave Cohen, a top executive at the cable company Comcast — which owns Biden-friendly cable network MSNBC — is Biden’s pick to serve as ambassador to Canada, one of America’s biggest trading partners. Cohen has spread donations to some Republican House and Senate candidates, but overwhelmingly to Democrats, and donated $5,500 to Biden’s presidential campaign in 2020. Going back to 2004, Cohen donated thousands to the Democratic presidential campaigns of Obama and John Kerry.

Biden tapped Los Angeles Mayor Eric Garcetti to be ambassador to India, the world’s largest democracy. Garcetti — leading the nation’s second-largest city — has star power in the Democratic Party. But his administration has faced problems. Federal prosecutors charged his former deputy mayor for economic development Raymond Chan on conspiracy and bribery charges, while his deputy chief of staff Rick Jacobs was accused of sexual misconduct.

The report also notes former Arizona Republican Sen. Jeff Flake’s nomination to be ambassador to Turkey. Though Flake has not been a Democratic donor, he did break party ranks in 2020 to endorse Biden.