President Joe Biden on Wednesday unveiled his new HIV/AIDS strategy to end the more than 40-year-old epidemic, calling for a renewed focus on vulnerable Americans — including gay and bisexual Black and Latino men, who his administration says are too often stigmatized even as they are disproportionately affected.

The new strategy, which declares racism a “public health threat,” was released on the annual commemoration of World AIDS Day. It is meant to serve as a framework for how the administration shapes its policies, research, programs and planning over the next three years.

But Biden acknowledged that the country still needs to work to destigmatize HIV/AIDS and noted that LGBT and racial minority groups have “endured the brunt” of the epidemic that’s killed more than 36 million worldwide, including 700,000 Americans.

“I want to make sure that everyone in the United States knows their HIV status, and everyone with HIV receives high-quality care and treatment that they deserve and that we end the harmful stigma around HIV and AIDS,” Biden said. 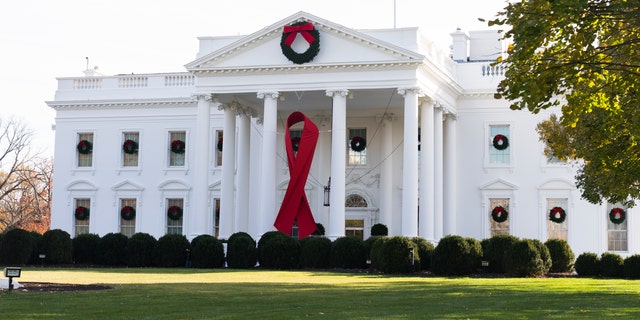 The North Portico of the White House is adorned with a huge red ribbon to commemorate the annual World AIDS Day, Wednesday, Dec. 1, 2021, in Washington. The Biden administration in its new HIV/AIDS strategy is calling racism "a public health threat" that must be fully recognized as the world looks to end the epidemic. (AP Photo/Manuel Balce Ceneta)

The new strategy asserts that over generations “structural inequities have resulted in racial and ethnic health disparities that are severe, far-reaching, and unacceptable.”

New HIV infections in the U.S. fell about 8% from 2015 to 2019, but Black and Latino communities — particularly gay and bisexual men within those groups — continue to be disproportionately affected, according to Centers for Disease Control and Prevention data. 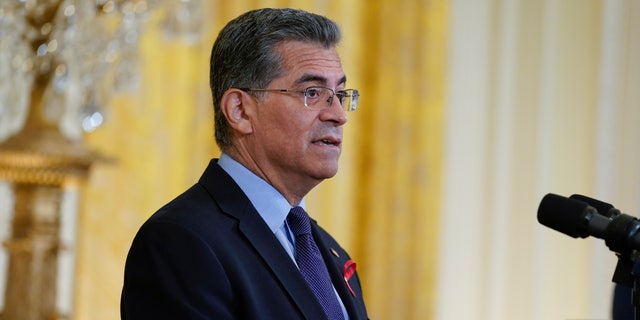 Health and Human Services Secretary Xavier Becerra speaks before President Joe Biden at an event to commemorate World AIDS Day during an event in the East Room of the White House, Wednesday, Dec. 1, 2021, in Washington. (AP Photo/Evan Vucci) 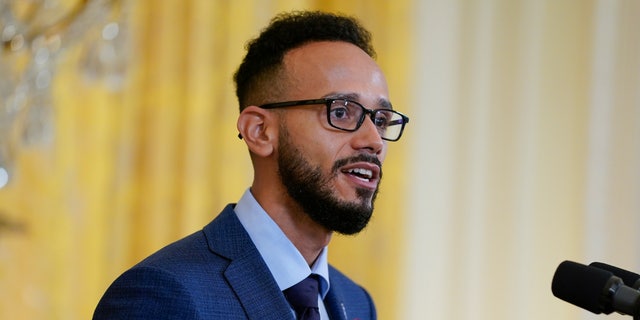 Gabriel Maldonado, HIV/AIDS Advocate, CEO and Founder of TruEvolution, speaks before President Joe Biden at an event to commemorate World AIDS Day during an event in the East Room of the White House, Wednesday, Dec. 1, 2021, in Washington. (AP Photo/Evan Vucci)

Disparities also persist among women. Black women’s HIV infection rate is 11 times that of white women and four times that of Latina women.

To reduce the disparities, the strategy includes calls for focusing on the needs of disproportionately affected populations, supporting racial justice, combating HIV-related stigma and discrimination and providing leadership and employment opportunities for people with or at risk for HIV. 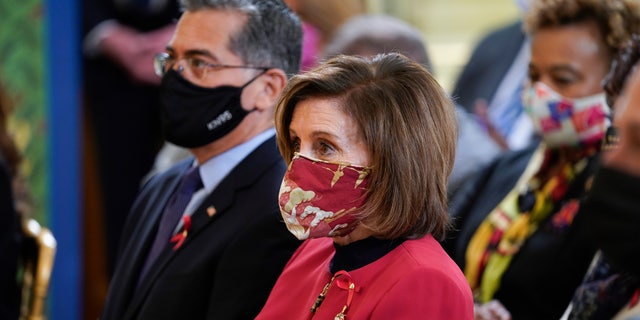 Besides addressing racism’s impact on Americans battling the virus or at risk of contracting it, the new strategy also puts greater emphasis on harm reduction and syringe service programs, encourages reform of state laws that criminalize behavior of people with HIV for potentially exposing others and adds focus on the needs of the growing population of people with HIV who are aging.

“We have to follow science and that means eliminating laws that perpetuate discrimination, exacerbate disparities, discourage HIV testing and take us further away from our goal,” Biden said. 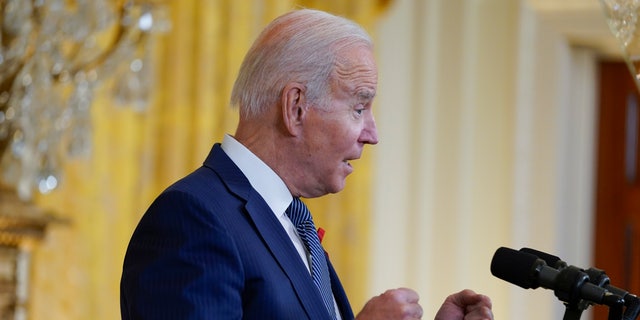 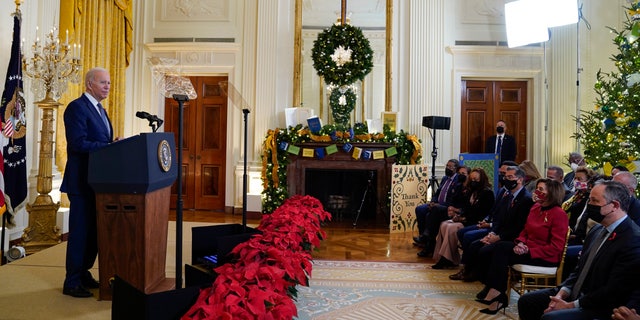 The Biden administration recently announced it will host the Global Fund to Fight AIDS replenishment conference next year. The United States has contributed about $17 billion to the fund, about a third of all donor contributions.

A giant red ribbon, a symbol of support for people living with HIV, was displayed on the North Portico of the White House to mark World AIDS Day. The two-story ribbon display has become an annual tradition at the White House since 2007.