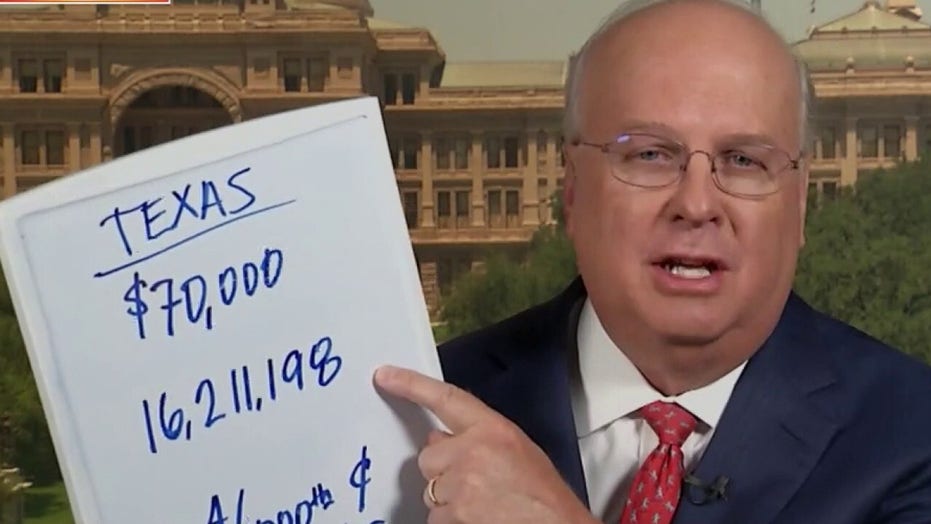 Karl Rove: Why Biden making a play for Texas is a ‘smart move’

The ad buy, which the Biden campaign said is the largest ever by a presidential candidate, includes $220 million for television and $60 million for digital ads.

President Trump has booked about $147 million in TV ads set to air from Labor Day through Election Day, according to Kantar's Campaign Media Analysis Group. He has not announced the size of his digital ad purchases.

Biden will air the ads across 15 states, some of which traditionally lean red: Pennsylvania, Michigan, Florida, North Carolina, Arizona, Wisconsin, Minnesota, Nevada, New Hampshire, Colorado, Virginia, Georgia, Iowa, Ohio and Texas. His campaign said a "significant" number of the ads will be more than a minute long.

HERE'S WHO BIDEN MAY BE CONSIDERING AS HIS RUNNING MATE

The ad buy is part of a broader strategy to contrast Biden with Trump over the coronavirus pandemic response and the subsequent economic recession, the campaign said. It also reflects what the Biden campaign sees as "multiple pathways" to securing 270 electoral votes.

"This election is a referendum on a president who has proven incapable of leading effectively in times of peril and struggle," Biden's campaign manager, Jen O'Malley Dillon, said in a memo to reporters. "Joe Biden has proven time and again he can deliver the empathetic leadership we need when it counts the most, and has the experience and character to see it through."

Biden's campaign did not say how much it was spending in any particular state. The campaign said it will also focus its attention on running national ads, especially during events that draw a significant number of viewers, like professional sports and presidential and vice-presidential debates.

The campaign will also make investments in reaching key constituencies, like Black, Latino, Asian American and Pacific Islander voters, as well as seniors and young voters. By booking airtime on BET, TV1, Bounce and OWN, Biden's campaign said it would be able to reach about half of all Black households.

Campaign aides said Biden's vice-presidential pick, whom he's expected to announce next week or the following week, will have a "robust presence" moving forward, including advertising.

The Democratic National Convention will take place in Milwaukee in two weeks.