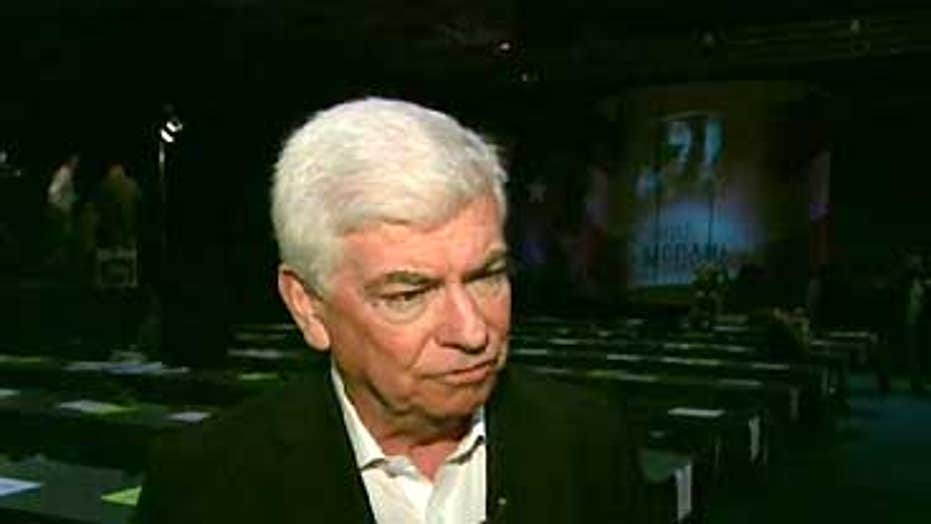 President Biden called a former Democratic senator whose past is checkered with complicity in a sexual assault allegation “one of the finest men I’ve ever served with.”’

“I understand the senior senator from this state for a long time, Chris Dodd is here,” Biden said Wednesday during a commencement address at the Coast Guard Academy. “Where is Chris? Welcome, pal. One of the finest men I’ve ever served with in my whole career.”

Former D.C. waitress Carla Gavliglio accused Dodd and Kennedy of sexually assaulting her at the restaurant where she worked in 1985. The allegations were detailed in a 1990 GQ article. According to Gavliglio, Dodd and Kennedy were drunk in a private room in the restaurant when Kennedy pushed her into Dodd’s lap and rubbed his genitals against her until other staffers intervened as Gavliglio started to scream. Other restaurant staff corroborated the claim.

Gavliglio last year told the New York Post that Kennedy deserved “most” of the blame.

“Most of it was on Senator Kennedy, but God, would it have killed [Dodd] to say, ‘I’m so sorry about what happened last night, I really apologize’? That would have been nice. It certainly would have been appropriate,” she said.

Dodd also helped steer Biden’s selection committee when he was in the market for a vice president.

Actress Carrie Fisher also claimed in her memoir “Shockaholic” that in 1985, she went on a group dinner date with Dodd, and Kennedy was also there. She said Kennedy asked her inappropriate questions like “Do you think you’ll be having sex with Chris at the end of your date?” and “‘Would you have sex with Chris in a hot tub?” She said that Dodd had an “unusual grin hanging on his flushed face.”

Bill Thomas, writer of the “Heard on the Hill” column for Roll Call, told GQ in 1990 Kennedy and Dodd were like “two guys in a fraternity who have been loosed upon the world.”

Dodd was also the leading Democratic recipient of donations from former movie mogul and convicted sex offender Harvey Weinstein. Dodd referred to Weinstein as a “very good friend” in 2011. After he left the Senate that year Dodd became the chairman of the Motion Picture Association of America.

“I’ve known Harvey for 25, 30 years, and we’ve been friends,” Dodd said in 2012 when explaining why MPAA would host a screening of a Weinstein film. “He was very helpful to me as a candidate for Congress and as a senator over the years.” Weinstein’s sexual predation had been an open secret in the film world for years by then.