President Biden said Thursday that he is “not sure” whether Democrats will be successful in the passage of legislation to federally take over elections.

“I don’t know whether we can get this done,” Biden said following a meeting with lawmakers on Capitol Hill.

“Like every other major civil rights bill that came along, if we miss the first time, we can come back and try a second time,” he said. “We missed this time and the state legislative bodies continue to change the law, not as to who can vote, but who gets to count the vote.”

“It’s about election subversion,” he added. “Not just whether or not people get to vote. Who counts the vote… that’s what this is about.”

Biden also said that as “long as he has a breath” in him and as long as he remains president and is “engaged at all,” he is going to be “fighting to change the way these legislatures have moved.” 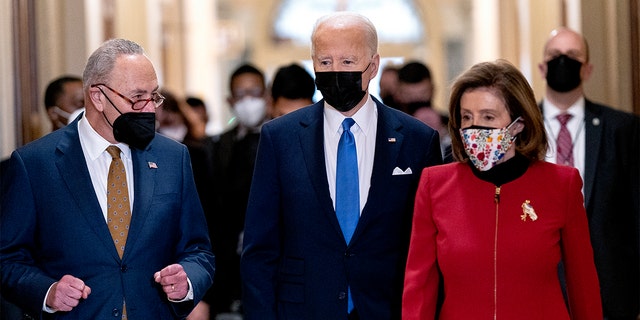 President Biden walks with Senate Majority Leader Chuck Schumer of N.Y., left, and House Speaker Nancy Pelosi of Calif., right, as he arrives at the U.S. Capitol on Thursday, Jan. 6, 2022, in Washington.
(Stefani Reynolds/Pool via AP)

Biden traveled to Capitol Hill on Thursday to meet with lawmakers and push for the passage of two pieces of legislation that are a part of Democrats‘ election reform effort.

A White House official had previously said Biden would use the meeting to “discuss the urgent need to pass legislation to protect the constitutional right to vote and the integrity of our elections against un-American attacks based on the Big Lie” and “underline that doing so requires changing the rules of the Senate to make the institution work again.”

Sen. Kyrsten Sinema, D-Ariz., said Thursday that she will not vote to weaken the Senate’s 60-vote filibuster threshold. 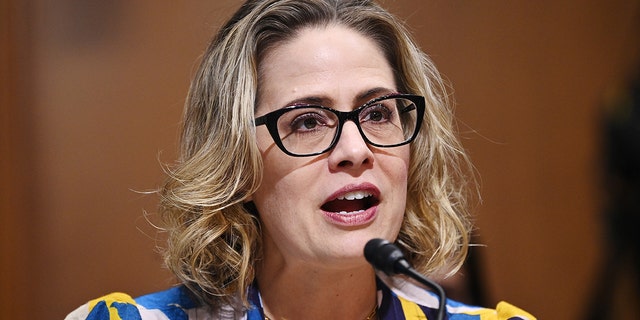 Sinema’s comments, which mirrored her longtime stance on the filibuster, delivered a blow to her colleagues who were hoping to pass the legislation without the support of Republican senators.

“There’s no need for me to restate my longstanding support for the 60-vote threshold to pass legislation. There’s no need for me to restate its role in protecting our country from wild reversals of federal policy,” Sinema said. “This week’s harried discussions about Senate rules are but a poor substitute for what I believe could have and should have been a thoughtful public debate at any time over the past year.”

The House of Representatives passed a bill Thursday morning combining pieces of legislation: The John Lewis Voting Rights Act and the Freedom to Vote Act. But it won’t get 60 votes in the Senate, which is split 50-50 on party lines.

A change to the filibuster would require support from all 50 Senate Democrats. With recent opposition from Sinema, and other moderates like West Virginia Democrat Sen. Joe Manchin, that seems unlikely.