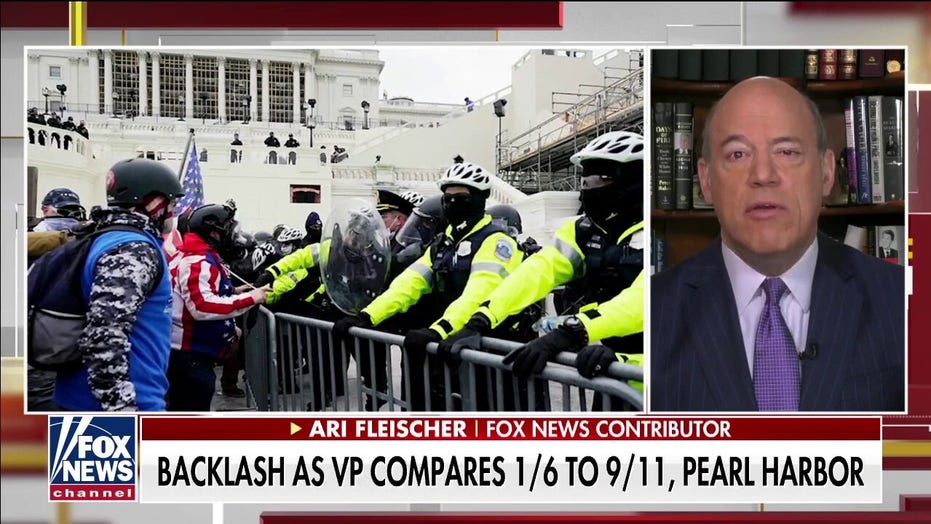 Ari Fleischer rips Kamala Harris for comparing 1/6 to 9/11, Pear Harbor: It is a ‘ridiculous comparison’

The Fox News contributor blasted the vice president for comparing the the tragic days, calling it ‘absurd.’

Fox News contributor Ari Fleischer blasted Vice President Kamala Harris for comparing the January 6th Capitol Hill riot to September 11, 2001, and Pearl Harbor, calling the move “absurd” on “The Faulkner Focus.” Fleischer told Harris Faulkner the comparison was “ridiculous” but emphasized that the events of January 6th should not be defended.

HARRIS DESCRIBES JAN. 6 ALONGSIDE PEARL HARBOR, 9/11 AS DATES THAT ‘ECHO THROUGHOUT HISTORY’

ARI FLEISCHER: Leave it to Kamala Harris to lose the high ground that she could hold on a day like today to engage in something absolutely absurd and ridiculous to compare January 6 to either of those days where America was attacked, and we went to war with a foreign country over it. It’s a ridiculous comparison. But Harris, let me also make clear there is nothing I will ever do or say to defend in any way that mob that attacked the United States Police, Capitol Police, that broke the barriers, that entered the Capitol, that rioted inside the Capitol. There is nothing anybody, certainly, I will never say, to defend them in any way, shape or form. What they did was a low moment in American history, and they deserve to be prosecuted for it. They’re getting trespass prosecutions. There are few more severe than that. Certainly no insurrection prosecutions because it wasn’t an insurrection, but it was a low moment, and it should be denounced by one and all. 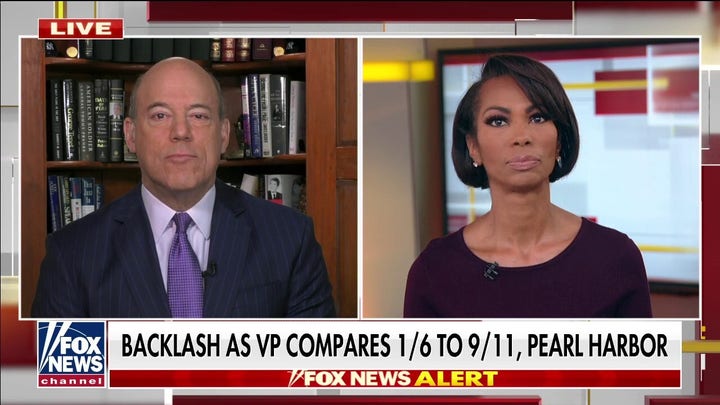