New York (CNN Business)The US Department of Labor has launched a whistleblower investigation into Apple, in the latest sign of tensions between the famously secretive company and its current and former employees spilling over into public view.

“We can confirm that there is an open whistleblower investigation at Apple,” a Department of Labor spokesperson told CNN Business Tuesday. The Labor Department’s whistleblower protection program, administered by the Occupational Health and Safety Administration (OSHA), investigates cases of alleged retaliation by employers against workers who raise concerns about issues such as employee safety.
The Labor Department declined to share any details about the investigation or what prompted it. But former Apple (AAPL) employee Ashley Gjøvik on Friday received notification from OSHA that it has opened an investigation based on a complaint she filed earlier this year, according to a copy of a letter OSHA sent to Gjøvik that was reviewed by CNN Business.

Gjøvik, a former senior engineering program manager at Apple, has been outspoken in recent months about concerns she said she began raising to the company in March 2021 about environmental and health safety issues at the Sunnyvale, California office where she worked. She told CNN Business that Apple rebuffed her concerns and asked her not to speak about them. Gjøvik then filed complaints with the US Environmental Protection Agency and the Securities and Exchange Commission. 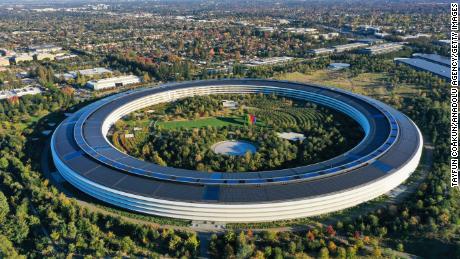 Gjøvik was suspended from her job in early August and fired on September 9, according to her OSHA complaint, in what she claims was retaliation for reporting her concerns.

In response to the announcement of the Labor Department investigation and Gjøvik’s claims of retaliation, Apple reiterated a past statement: “We are and have always been deeply committed to creating and maintaining a positive and inclusive workplace.”
“We take all concerns seriously and we thoroughly investigate whenever a concern is raised and, out of respect for the privacy of any individuals involved, we do not discuss specific employee matters,” according to the statement from Apple spokesperson Josh Rosenstock.
News of the Labor Department investigation was previously reported by the Financial Times and New York Times.
The Labor Department investigation is just the latest escalation of the growing tension between Apple and its workforce. In recent months, employees have broken the company’s legendary culture of secrecy to speak out on controversial hiring decisions, alleged pay disparities and remote work policies in an employee movement that has come to be known as #AppleToo.

Apple has also faced complaints by current and former employees to the National Labor Relations Board, including by #AppleToo leader Janneke Parrish, who alleged that she was fired in retaliation for her organizing efforts. (Apple did not comment specifically on Parrish’s firing at the time.)
Last month, the company released a statement affirming employees’ right to speak out about pay and working conditions, a move the #AppleToo movement called a win.
Source: Read Full Article