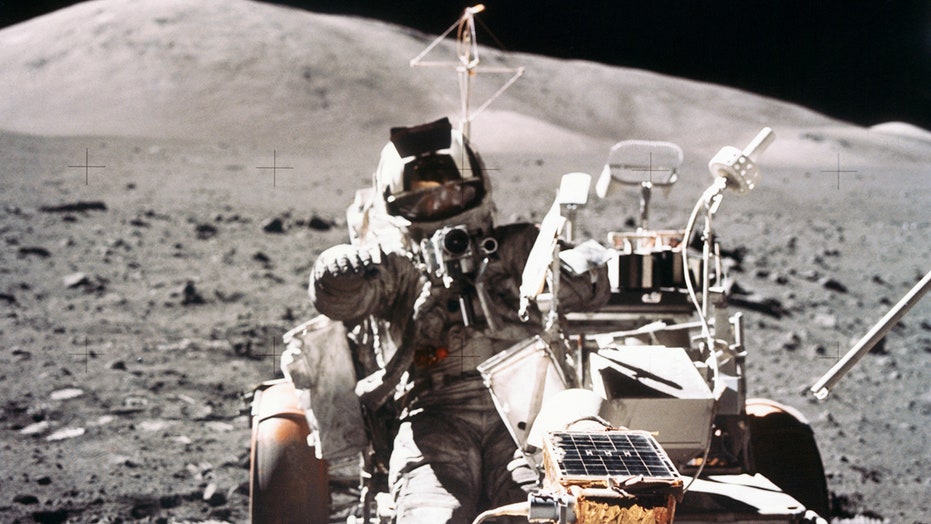 Harrison Schmitt, second to last man to walk on the moon, joins Neil Cavuto on ‘Your World.’

And you thought you were cool the last time you got shotgun.

We don’t know exactly how many cars Harrison Schmitt has been chauffeured in over the years, but certainly none can beat the two-seat roadster he cruised around in for three days in 1972 … on the moon. 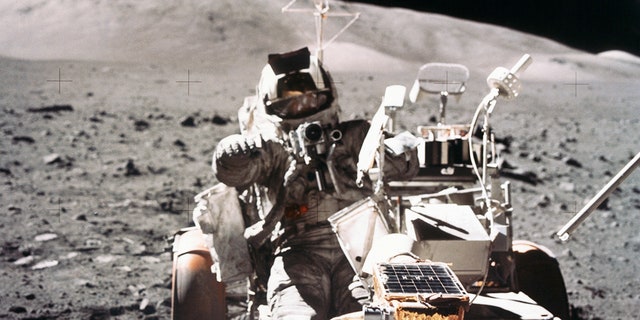 Schmitt rode 22.3 miles across the moon in the Lunar Roving Vehicle.
(NASA)

Schmitt was the first scientist-astronaut to fly into space and accompanied mission commander Eugene Cernan to the surface of our extraterrestrial neighbor.

They are the last two people to have visited the moon and saw more of it than anyone else, thanks to the Lunar Roving Vehicle (LRV) they brought along with them. 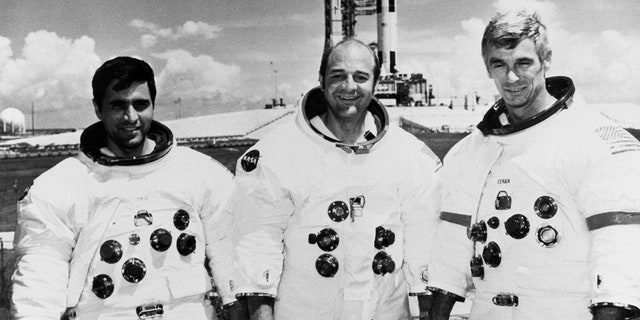 The electric car was developed by General Motors and Boeing and the third to make the trip. All three remain where they were left waiting for some future collectors to find them in “ran when parked” condition.

GM has now announced it is working on all-new model with Lockheed Martin for NASA’s Artemis program, which aims to return humans to the moon by 2024 and set up a permanent presence.

Schmitt didn’t get to drive the LRV, but not because the late Cernan was being a road hog.

“I was the observer, I’m a geologist. There was no primary reason for me to spend time trying to avoid boulders and craters when I could be observing the terrain around us,” Schmitt told Fox News Autos.

Seeing as how Schmitt got to pilot the Lunar Module, he didn’t exactly get short-changed, and he said the LRV also spent a fair amount of time in the air.

“We were traveling at a high speed, you know, somewhere around 8 to 12 kilometers per hour, and that may not sound like much, but when you’re in one-sixth gravity, it’s sort of like you were traveling at six times that any time you hit a bump, you’re going to be off the surface potentially for a few meters,” he said.

Overall, he was impressed by how the vehicle performed in the extreme environment, which has a surface that’s not quite like any he’s seen on Earth. As a geologist, he’s seen plenty of them.

“It’s an irregular sandy desert surface with a lot of rocks on it, but there’s not much comparison when you when you throw in the low gravity,” he said. 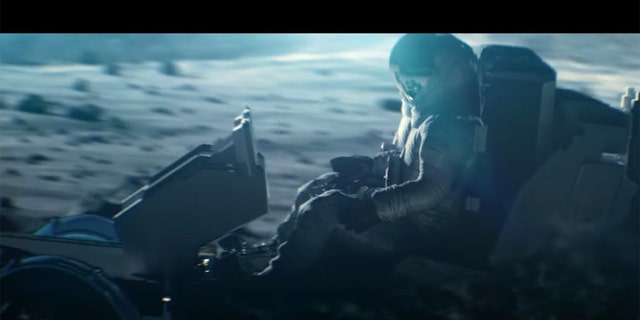 General Motors is working with Lockheed Martin to develop a new Lunar Terrain Vehicle similar in concept to the original LRV.
(GM)

Schmitt hasn’t been contacted by GM or Lockheed Martin yet for his expertise on the new vehicle, but he said the main thing they need to focus on is protection against the fine lunar dust.

“That dust is highly abrasive, and almost all of our tools that had connectors exposed connectors ran into problems because of that,” he said.

The LRV itself worked flawlessly, despite having a rear fender damaged while it was being unloaded. Cernan and Schmitt improvised a new one with a map and light clips that helped keep some of the dust off their equipment while they were on the move. 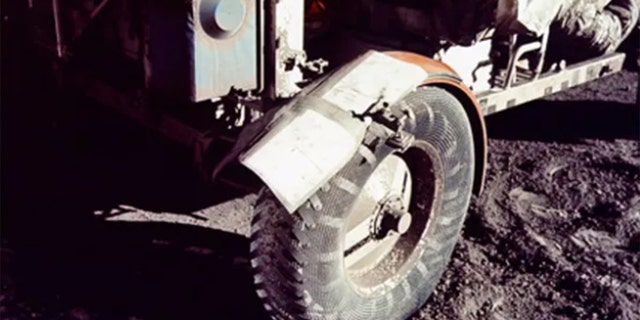 They covered 22.3 miles and traveled as far as 4.7 miles from the Lunar Module, both farther than either of the previous missions did. If the LRV got stuck, they could just pick it up and move it, and they never ventured beyond moonwalking distance from their landing site in case it suffered a total breakdown.

Schmitt, who served one term as U.S. senator for New Mexico, said it was “great fun to be driving across the surface,” but it’s all business. They didn’t take any joyrides because “you don’t want to spend the taxpayers’ money on that.” He calculated the tab was around $1 million per man-minute in 1972 dollars.

One change he’d like to see on the new vehicle is to the seat belts, which were necessary to have due to the bumpy ride but difficult to use with their bulky suits. He suggests switching to a roller coaster-style lap restraint arm instead. 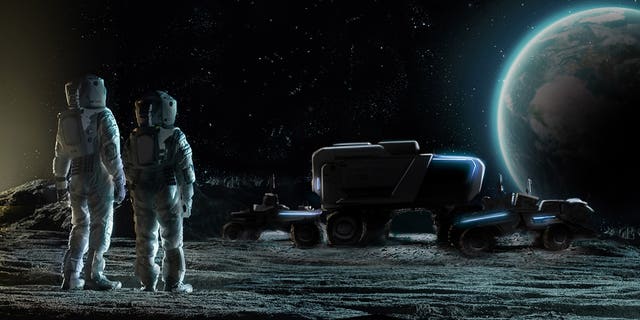 Specifications for the new model are in the early stages, but one planned feature may mean that all future astronauts will get to sit back and take in the sights like Schmitt did. The so-called Lunar Terrain Vehicle (LTV) will be equipped with autonomous driving technology that will allow them to enter a destination and let it handle most of the driving duties.

Schmitt, who still works with other scientists pulling data from the rock and soil samples he and Cernan brought home with them, has been recounting his trip in an online chronicle called “Diary of the 12th Man” and said he thinks about it often.

“I watch the moon go through the cycles and I feel very honored and privileged and fortunate to have had the opportunity I did,” he said.

“It was a great time, you know, we were really warriors in the Cold War, and that’s that’s what Apollo was all about when it started, and then fortunately the leadership of NASA decided that with that capability, we could learn a great deal about the moon.”