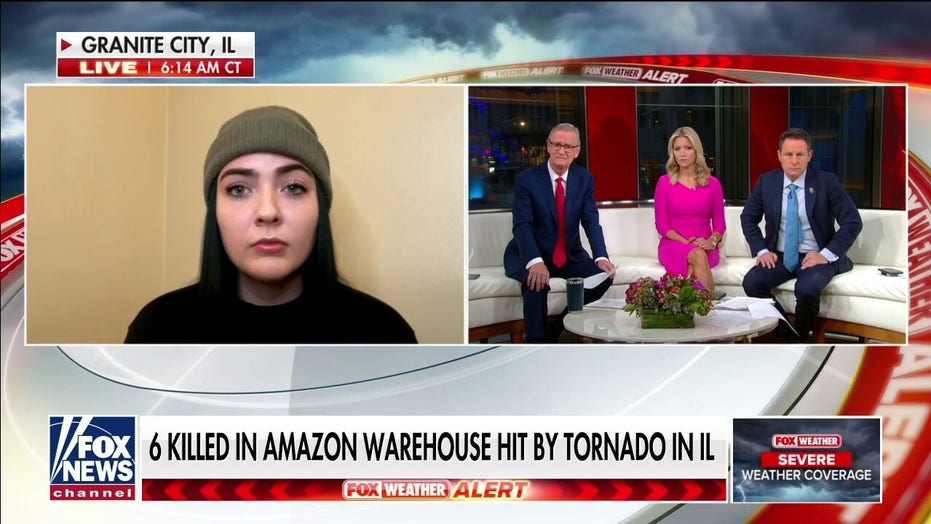 Emily Epperson, who works at the Illinois Amazon warehouse that collapsed after being hit by a tornado, says the death of her best friend Austin McEwan is devastating.

Emily Epperson lost her best friend, Austin McEwan, Friday night when a tornado ripped the roof off an Amazon warehouse in Illinois and the building collapsed. Epperson remembered him as caring, down-to-earth and “the light in every single room that he walked into.”

McEwan is one of six people who were confirmed dead after the collapse.

Epperson worked at the Edwardsville warehouse with McEwan. She told “Fox & Friends” Monday she almost pick up a shift that same night but decided against it last minute because of an ankle injury.

“I definitely could have [been there],” said Epperson.

She said the building, which had concrete walls that were 11 inches thick and 40 feet tall, projected a false sense of security.

“I did get the sense that I was safe there,” she said. 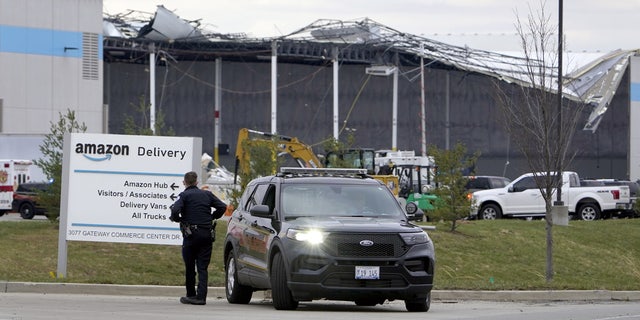 Amazon is “deeply saddened by the news that members of our Amazon family passed away as a result of the storm,” a spokesperson told Fox News.

“Our thoughts and prayers are with the victims, their loved ones, and everyone impacted by the storm,” said Kelly Nantel, Amazon spokesperson. 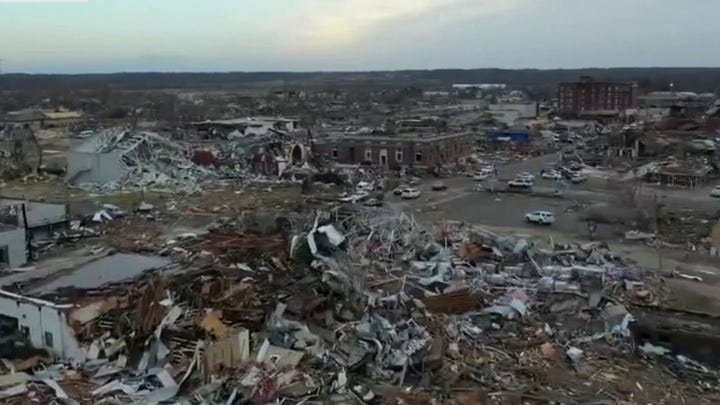 “It’s just very bizarre and devastating, obviously, to think that my friend didn’t make it out.”

Epperson said that McEwan was the backbone of their tight-knit friend group at work.

She said he had just finished his deliveries for the day and was returning the work van when he was directed to the company’s storm shelter.

“He just wanted to go home,” she said. However, “they could not leave until they were sure that the building was safe enough to exit.” 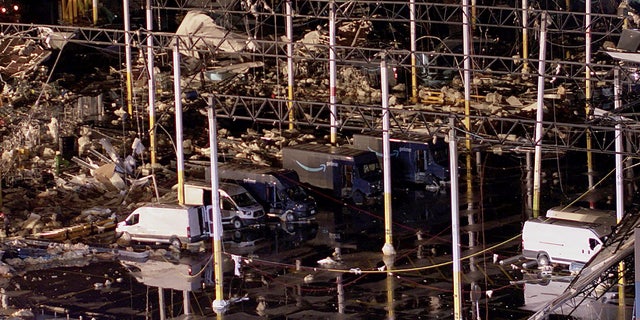 Epperson explained that her purpose in speaking out is to honor McEwan and the five other identified victims: Clayton Cope, Kevin Dickey, Etheria Hebb, Deandre Morrow and Larry Virden.

“He was my best friend,” she said.

“I hope I’m doing his family proud right now by giving enough details about him.”