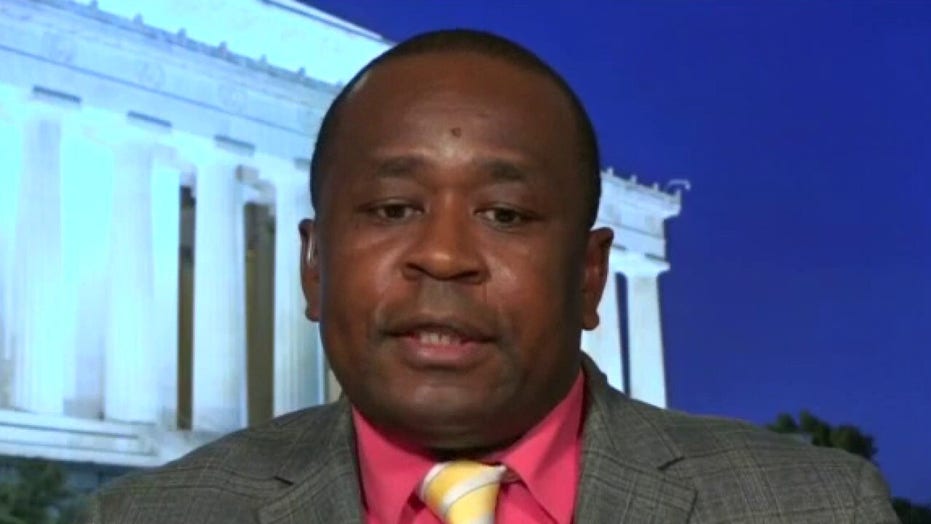 Simon Ateba reacts to scuffle with Psaki on’Tucker Carlson Tonight’, says Trump would be attacked if it were him

An African journalist who engaged in a verbal tussle with White House Press Secretary Jennifer Psaki earlier this week over President Biden’s sweeping 8-country travel ban told Fox News on Friday that Biden “disrespected” his home continent and that former President Trump would have been labeled a racist if he acted that way.

Simon Ateba, the chief White House correspondent for Today News Africa, told “Tucker Carlson Tonight” that Biden unjustly banned travel from half a dozen majority-Black African countries despite there being no evidence of the new omicron coronavirus variant there.

During Thursday’s briefing, Ateba scuffled with Psaki as he tried to take the floor to tell her she was factually incorrect in her remarks about African viral spread. Psaki instead replied by reprimanding him.

While people from Namibia, Zimbabwe, Malawi, Mozambique, Eswatini, Lesotho, South Africa and Botswana were blocked from traveling to the U.S., Ateba told host Jesse Watters that only two –the latter two – had confirmed cases of the new variant. 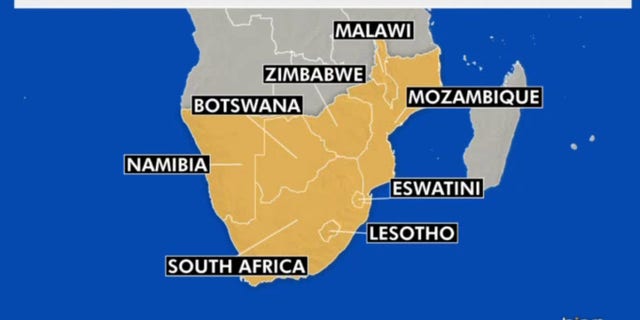 “The travel ban was built on a lie,” Ateba told Fox News. “The president on November 26 banned 8 African countries. Only 2 of those countries had any case of the omicron variant.”

Ateba, a native of Cameroon according to the Committee to Protect Journalists, went on to question the supposed science behind Biden’s ban, pointing to Namibia, a small country on the continent’s Atlantic coast.

The nation of 2.5 million people registered only 400 cases of COVID-19 since the virus’ inception, he said, but yet Biden essentially punished them anyway.

“There’s total chaos: People can’t travel to Namibia, Zimbabwe [or] Mozambique, yet they have zero cases. So I don’t believe I was the one being disrespectful. I think Africa was disrespected, by banning countries based on a lie,” he said, referencing claims by Psaki he was being disrespectful of his fellow White House reporters on Thursday.

Ateba added that in addition to White House duties, he also attends many briefings of the World Health Organization and Africa’s version of the CDC, and that he received responses informing him that “travel bans don’t prevent the variant from spreading.” 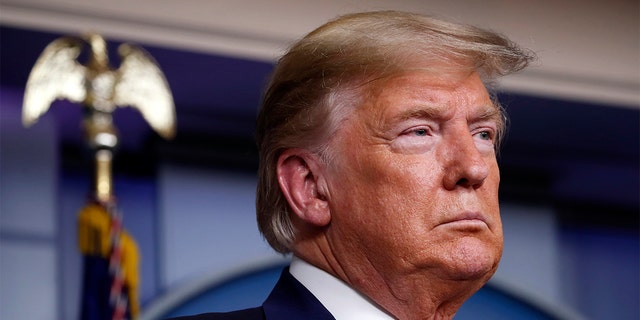 President Donald Trump listens during a briefing about the coronavirus in the James Brady Briefing Room, Wednesday, March 25, 2020, in Washington. (AP Photo/Alex Brandon)

“The African [Union] CDC told me travel bans don’t prevent variants from spreading, so I believe that it was a very ill-thought-out idea, and… it seems discriminatory and a bit racist – because [those are] Black-African countries.”

Ateba later added that although he disagreed with the actions of former President Donald Trump “150%”, he believed the former president would be besieged in the press as a racist – if he did the exact thing Biden just has.

“Can you imagine if… Donald Trump banned 8 African countries and those countries have zero cases of the variant, there would’ve been an uprising, and they would’ve branded him as a racist that hates Blacks and hates Africa.”