Acting Secretary of the Navy Thomas Modly reportedly trashed the ousted commander of the USS Theodore Roosevelt in a speech to the ship’s crew on Monday, telling them their former captain had been “stupid” and “naive” in writing an email calling for a faster solution to the ship’s coronavirus outbreak.

In a recording of the 15-minute address obtained by the San Francisco Chronicle, Modly suggested that Capt. Brett Crozier intentionally leaked to the media the email in which he warned that the coronavirus was spreading aboard his aircraft carrier and urged senior Navy officials to take action to protect his sailors.

“If he didn’t think … that this information wasn’t going to get out into the public, in this information age that we live in, then he was too naive or too stupid to be commanding officer of a ship like this,” Modly said as members of the crew audibly gasped, the Chronicle reported. “The alternative is that he did it on purpose.”

Modly relieved Crozier of his command last Thursday after both those news outlets reported on the captain’s letter pleading with Navy higher-ups to take a different approach to the outbreak on the ship, which was docked in Guam. In the letter, Crozier said that social distancing on board was impossible and that all of the sailors should be disembarked immediately and put into quarantine on shore. 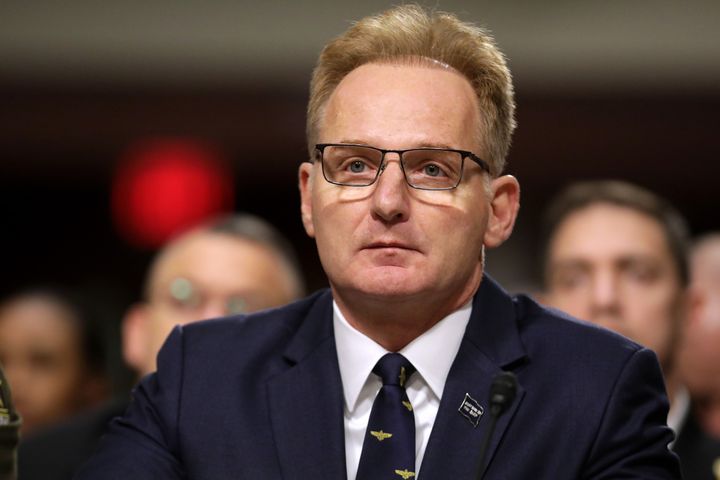 The strategy of slowly removing the crew from the ship was not working, he continued, and his 4,000-plus sailors were at risk of dying. At the time, more than 100 of them had contracted COVID-19, the disease caused by the coronavirus.

Modly said Crozier did not tell his immediate boss before sending the letter and that he forwarded it to too many people over an insecure email address. However, the acting secretary hasn’t provided any evidence that Crozier otherwise bypassed the chain of command or violated any rules in sending the letter, wrote retired Rear Adm. John Kirby, now a CNN national security analyst.

In his address to the crew, Modly also turned his ire on the media for reporting the controversy.

The crew made headlines last week when it gave Crozier a warm send-off, cheering for him as he disembarked the ship for the last time. Based on his remarks Monday, Modly is not happy with that narrative.

“He put it in the public’s forum and it’s now become a big controversy in Washington, D.C., and across the country about a martyr CO who wasn’t getting the help he needed and therefore had to go through the chain of command, a chain of command which includes the media,” Modly said of Crozier.

President Donald Trump, who has repeatedly downplayed the coronavirus pandemic, has similarly accused Crozier of misstepping, saying that he “raised alarm bells unnecessarily” and that it was “terrible what he did, to write a letter.”

But several former top Navy officials told The Washington Post that Modly’s decision to fire Crozier was a grave mistake.

“It undermines the authority of the military commanders who are trying to take care of their troops, and significantly negatively impacts the willingness of commanders to speak truth to power,” said retired Adm. Mike Mullen, the former chairman of the Joint Chiefs of Staff.

A HuffPost Guide To Coronavirus