New York primary voters head to the polls on Tuesday, and the hottest contests are once again on the Democratic side.

A host of Democratic congressional primaries in and around New York City will test the endurance of the progressive wave that sent Rep. Alexandria Ocasio-Cortez to Congress in 2018 and the resilience of one of the strongest Democratic Party machines in the country.

Candidates on the left of the party are seeking to oust several aging incumbents of varied ideological leanings and contest open House seats where they have historically had greater luck.

A few key races provide progressives a chance to snap their losing streak ― or for the Democratic establishment to maintain its successful record. One factor that could help down-ballot progressive candidates is that Sanders will remain on the presidential primary ballot after a court battle successfully overturned the New York State Board of Elections’ efforts to cancel the presidential primary entirely.

The elections also stand to test the effects of a reinvigorated Black Lives Matter movement after George Floyd’s death in police custody in Minneapolis last month and the political effect of the COVID-19 pandemic in one of its global epicenters. The novel coronavirus outbreak and the accompanying economic fallout could both spark interest in newcomers and depress turnout, despite the availability of absentee voting in the state for all those who want to use it. 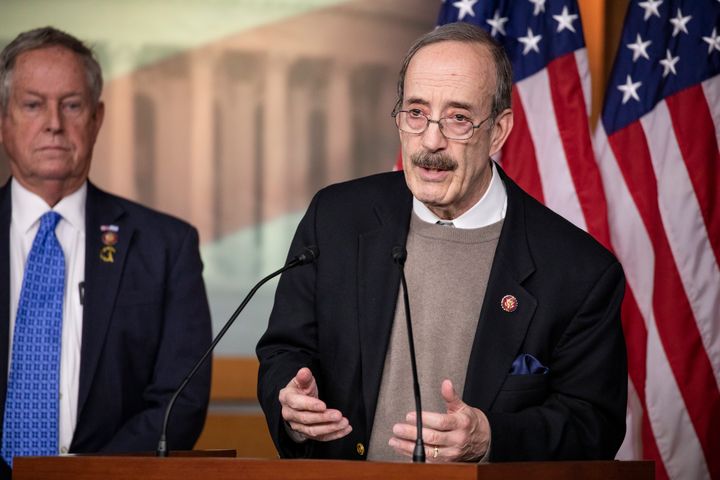 The Foreign Affairs Chief Fighting For His Political Life

Middle school principal Jamaal Bowman represents progressives’ strongest shot at knocking out another incumbent. Rep. Eliot Engel (D) has represented neighborhoods and towns on either side of New York City’s northern border since 1989. Virtually every big-name progressive ― from Sanders to Ocasio-Cortez ― has lined up behind Bowman, 44, while Engel, 73, has amassed his own formidable show of establishment support, including from Senate Minority Leader Chuck Schumer (N.Y.), House Speaker Nancy Pelosi (Calif.) and 2016 presidential nominee Hillary Clinton, who made Engel her first endorsement this election cycle.

The parallels to Ocasio-Cortez’s race could not be starker. Justice Democrats, the left-wing group behind Ocasio-Cortez’s big win, recruited Bowman to run. Engel, like former Rep. Joe Crowley, is a white representative of a district that is now mostly Black and Latino (though Engel has the endorsement of the Congressional Black Caucus PAC). And just as Ocasio-Cortez shamed Crowley for failing to keep a home in the district, Bowman, who is Black, has made hay out of Engel riding out the height of the pandemic in his home in a Maryland suburb of Washington. Engel drew more attention to the issue with a hot mic moment at a news conference on the social unrest when he explained his request to speak by saying, “If I didn’t have a primary, I wouldn’t care.”

Engel, a member of the business-friendly New Democrat Coalition and recipient of corporate PAC donations, has a relatively progressive record on domestic policy. He is a co-sponsor of the resolution endorsing the Green New Deal and the legislation that would create a “Medicare for All” single-payer health care system.

But the chairman of the House Foreign Affairs Committee is considerably more moderate on foreign policy. He voted for the Iraq War, opposed the Iran nuclear deal and spoke up against the Obama administration’s criticism of the Israeli government for allowing West Bank settlements to expand.

Indeed, Engel’s staunch defense of an increasingly right-wing Israeli government’s right to conduct its affairs free from additional U.S. pressure, at a time when other Democrats have taken a more critical approach to the U.S. ally, is part of why hawkish pro-Israel groups are spending so much money to help him win.

A victory for Engel would demonstrate the continued strength of the bipartisan, pro-Israel consensus, and the limits of the left’s power, even amid the historic Black Lives Matter movement’s protests.

A win for Bowman, by contrast, would strike fear into the hearts of Democratic incumbents; add another independent, progressive voice to a House Democratic Caucus, where they are in short supply; and show that, with the right candidate, the left is capable of gaining traction among Black voters who have often stuck with establishment Democrats.

Bowman, who also supports a Green New Deal and Medicare for All, has responded to the eruption of Black Lives Matter protests by recounting his own experience of police brutality at age 11 and embracing the call to “defund the police,” which he defines as reinvesting resources in jobs and social programs that prevent crime.

“The whole country is rising up because we’re tired of waiting,” he said during a June 10 debate. 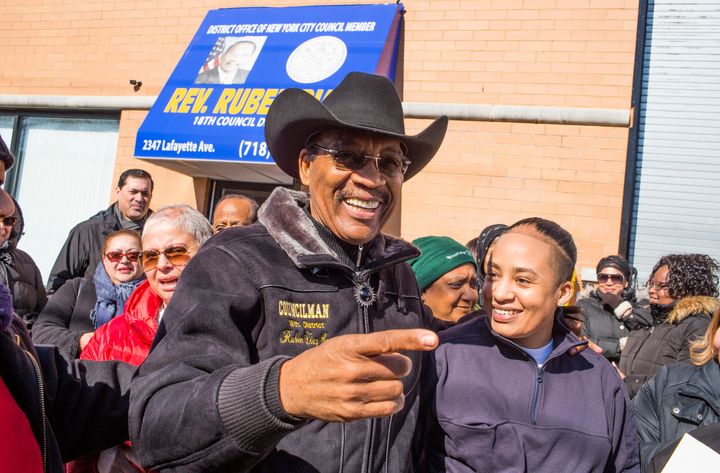 The Battle To Block An Anti-Gay Evangelical Pastor

When Rep. José Serrano announced he was retiring from New York’s 15th Congressional District, an impoverished stretch of the central and South Bronx that ranks as one of the most Democratic House seats in the country, it sparked a mad dash to succeed him.

In recent weeks, national Democrats have begun publicly fretting about the possibility that a divided field would enable Díaz, an anti-LGBTQ abortion rights opponent, to emerge from the pack. Díaz, a cowboy hat-wearing evangelical pastor, has left a trail of offensive remarks and outrageous incidents over the course of his career in public life. The City Council dissolved a committee he ran in 2019 as punishment for his claiming that the council was “controlled by the homosexual community.” During the 2016 presidential primary, he hosted Sen. Ted Cruz (R-Texas) in the Bronx; he now says he has not yet decided whether he will vote for President Donald Trump in November.

But Díaz, who also served in the state Senate from 2003 to 2017, enjoys high name recognition in the district. And his name will appear on the ballot without the suffix “Sr.,” raising the prospect that voters may confuse him with his son, Ruben Díaz Jr., a mainstream Democrat who is the Bronx borough president. A poll conducted by the think tank Data for Progress found Díaz leading Torres within the margin of error and with a plurality of voters still undecided.

If Díaz wins the primary, effectively ensuring him a seat in Congress, he is liable to be an unpredictable force for Democratic leadership for at least one term. Assuming, as some experts predict, New York loses a House seat following the 2020 census, eliminating Díaz’s seat would be an easy choice for the state’s Democratic-run legislature.

Still, his election would be a monumental missed opportunity for the progressive wing, which rarely gets the chance to compete for an open seat in such a solidly blue district.

For progressives, the preferred alternatives to Díaz are Torres and López, both of whom grew up in poverty in the Bronx. Torres, who identifies as Afro-Latino and would be the first openly gay Black man in Congress, has made improving the conditions in public housing developments of the kind where he was raised a priority on the council. Lately, he has touted his work trying to rein in police abuses as well, such as 2017 legislation he introduced requiring NYPD officers to identify themselves more thoroughly during a police stop and provide an explanation for the stop.

Torres has raised the most money in the field by a long shot and has racked up the most endorsements, including from major labor unions, LGBTQ groups and the Congressional Hispanic Caucus PAC ― some of which are spending independently on his behalf. Sean McElwee, a co-founder of Data for Progress, has encouraged progressives to rally behind Torres as the best shot at defeating Díaz, noting that López picked up 2 percentage points in the poll his firm ran.

But from the perspective of New York City’s nascent socialist left and some other progressive activists, Torres’s record has some disqualifying characteristics. The councilman defends Israel with a passion generally wielded by more moderate Democrats and joined the Bronx political machine in standing behind the leader of the Independent Democratic Conference, a Democratic state Senate faction that aligned with Republicans. Some police reform advocates contend that the measures he introduced, which passed only narrowly, were inadequate.

López, an active member of the Democratic Socialists of America, has the endorsements of New York City DSA, the Working Families Party, Sanders and Ocasio-Cortez. She has endorsed a local initiative to cancel rent during the pandemic, a $20-an-hour federal minimum wage and the movement to “defund the police.” 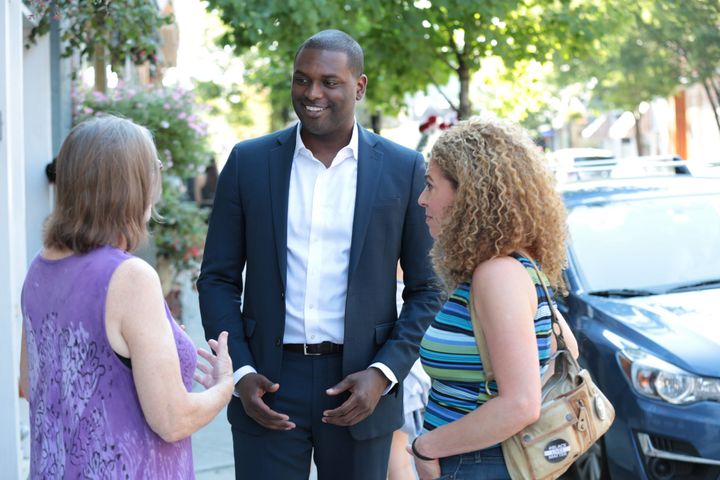 Scramble In The Suburbs

In New York’s 17th Congressional District, which includes Rockland County and upper Westchester north of New York City, House Appropriations Committee Chairwoman Nita Lowey’s retirement has sparked a brawl for the Democratic nomination that is nearly as contentious as the fight for New York’s 15th. Lowey has represented the lower Hudson Valley in Congress since 1989, and her departure creates a rare opportunity for the party’s up-and-comers to get in on a safe Democratic seat. In a field of seven candidates, the top contenders are state Sen. David Carlucci, former Pentagon official Evelyn Farkas, former federal prosecutor Adam Schleifer and attorney Mondaire Jones.

Jones, who initially ran as a progressive primary challenger against Lowey, is the left’s preferred choice in the race. Short of unseating an incumbent like Engel, Jones represents one of the progressive Democrats’ brightest hopes of adding a member to the small bloc of left-wing House members willing to occasionally defy Democratic leadership to advance its policy agenda. Jones, who emerged from an impoverished childhood to graduate from Harvard Law School, supports Medicare for All, free public college and the Green New Deal. Along with Torres, he would also be Congress’s first openly gay Black man.

His stalwart policy positions and personal story have elicited backing from a who’s who of progressive lawmakers, including Sanders, Ocasio-Cortez and the Congressional Progressive Caucus. But Jones’s experience in the world of corporate law ― which he says sharpened his understanding of big business’s power ― and his embrace of affluent suburban priorities like the reinstatement of the state and local tax deduction, may make him palatable to mainstream liberals in wealthier pockets of the district. It can’t hurt that, like Bowman and Torres, he won the endorsement of the New York Times editorial board.

Jones’s best shot at victory is the rancor between candidates like Farkas and Schleifer, who have been competing for their share of more moderate voters. Farkas enjoys the backing of the deep-pocketed, pro-choice group EMILY’s List; Schleifer, whose father founded a multibillion-dollar pharmaceutical company, has spent $3.7 million of his own fortune.

A less attractive possibility for the left is the prospect that Carlucci, a household name in the district, benefits from his rivals’ infighting enough to prevail. Until 2018, Carlucci was a member of the renegade Independent Democratic Conference, which helped keep Republicans in control of the state Senate, effectively blocking a slew of progressive legislation from coming up for a vote.

An unknown variable in the race is who the sizable ultra-Orthodox Jewish population in Rockland County, which often votes as a bloc, ends up supporting. Schleifer has made the most assiduous overtures for their votes, telling an ultra-Orthodox news outlet that he is open to creating tax deductions for private school tuition.