A women's startup group will fight Sony Pictures Television in Australia over its right to own the words "Dolphin Tank".

Springboard Enterprises is a US-based non-profit which funds women-led startups and has raised more than $10 billion to invest in women-led businesses over the past two decades. According to IP Australia filings, Springboard — which has an Australian arm — applied to have the logo for its Dolphin Tank program registered with trademark protections last year. 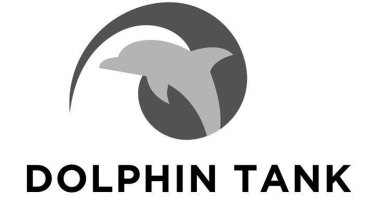 A logo for the Dolphin Tank program that Springboard 2000 Enterprises is hoping to trademark in Australia.

Dolphin Tank sessions allow female entrepreneurs to prepare pitches to a live audience, and the program runs at corporate events around the world.

Rather than the cut-throat pitching environment portrayed in the television show, Shark Tank, Dolphin Tank takes a softer approach with friendly advice and insights to help accelerate the growth of entrepreneurial companies led by women.

The Dolphin Tank registration was opposed by Sony Pictures Television, which argued to IP Australia at the start of the year that the mark should not be allowed to be owned.

Sony is claiming the Dolphin Tank mark is "substantially identical or deceptively similar" to existing trademarks and "similar to a trademark which has acquired a reputation in Australia".

Sony owns a number of trademarks in Australia including for the TV show, Pyramid, and logos relating to the Sci-Fi network. 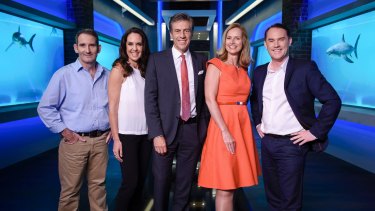 It also owns the trademarks to the entrepreneur pitch TV show, Shark Tank, which aired on the Ten Network in Australia until 2018.

At the end of February, Springboard told IP Australia it intended to oppose the motion.

Both parties declined to comment further on the case, saying it was an ongoing legal issue.

While uncommon, this is not the first time this year that global brands registered opposition to trademarks in Australia.

Babygoods seller Baby Bunting is facing an objection from information security giant BlackBerry over its attempts to lodge trademarks for its new branding.

According to IP Australia, there are more than 70,000 applications for trademarks filed each year in Australia and opposition rates sit at less than 5 per cent.

However, cases like these have prompted warnings from legal experts about the time it can take for marks to be approved and the potential complexity and cost that comes if your logo faces an objection.

"It is expensive if it happens. It's not the opposition process that is expensive, but rather what is the most expensive is that you're committing to a brand that has then been opposed," said the director of commercial law firm Aspect Legal, Joanna Oakley.

She said some smaller operators just went "willy nilly" with trademark applications without getting experts to help them search for all possible oppositions which might cross their paths.

Principal at intellectual property law firm Davies Collison Cave, Adam Sears, said companies should be cautious with their applications but remember many objections were resolved before they went to court.

"Most trademark applications are not opposed, but oppositions do come up fairly regularly. The majority of oppositions filed are often settled by agreement at an early stage and before a hearing," he said.

Business owners must be prepared for the oppositions that might emerge because these could come from both local competitors and overseas giants, Mr Sears said.

"I think the important thing for any business before they launch a new brand is to get appropriate research done and advice [first] — to me, that's the take-home," he said.