New York (CNN Business)The dramatic rise in bitcoin may seem overly speculative. Yet bitcoin has actually lagged the surges for some other cryptocurrencies.

“Part of what’s going on is simple math. Smaller coins can have bigger [percentage] moves and there are a lot of other coins that people can invest in,” said Greg King, CEO of Osprey Funds, a firm that invests in digital currencies. 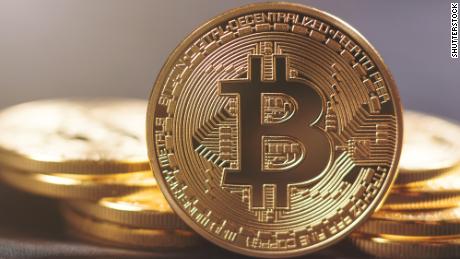 To that end, bitcoin is significantly larger than other cryptocurrencies, often referred to as altcoins.

The current value of all the bitcoin in circulation is about $360 billion. Ethereum’s value is just north of $70 billion while XRP’s is about $30 billion. Litecoin, the fifth largest, has a value of under $6 billion.
“It makes sense for investors to have a portfolio with bitcoin and ethereum for the long-term and own a basket of some of the rest of the others for trading,” King said.

Low rates and weaker dollar are bullish for all cryptocurrencies

But these smaller coins are to a certain extent riding the hype that has lifted bitcoin to a new record. Bitcoin has benefited from a weaker dollar and expectations that a prolonged period of super low interest rates will eventually create inflation. That boosts the appeal of a digital currency.
“The explosion in cryptocurrencies is a consequence of the economic environment,” said Michael Shaulov, CEO of Fireblocks, a digital asset security firm.
Shaulov added that interest has exploded for so-called stablecoins like Tether and Paxos — cryptocurrencies that are backed by dollars, euros and other government currencies.
He said the looming launch of the Facebook (FB)-backed stablecoin Libra, which is in the process of being rebranded as Diem, may also lead to more average consumers using cryptocurrencies. 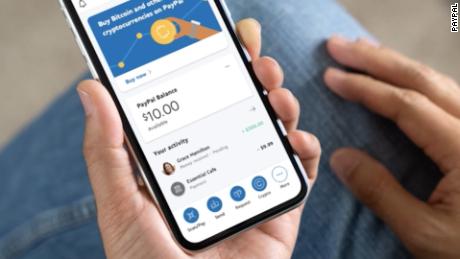 PayPal CEO: Our move into cryptocurrencies is to bolster utility

Investors may also be gravitating to other cryptocurrencies because they fear that bitcoin is becoming too much of a popular momentum trade.
“The one thing I think you will see more and more … is people understanding that when you only invest in one asset, you have concentration risk,” said Brad Garlinghouse, CEO of Ripple, the company that helped launch XRP, in an interview with CNN’s Julia Chatterley on Wednesday.
“Diversification matters. Diversification reduces risk,” Garlinghouse added.

Other experts agree that investors can’t bet on just bitcoin.
“I can see a scenario where ethereum can potentially outperform bitcoin over the next year or so. XRP likewise has finally broken out of its downtrend,” said Rachid Ajaja, CEO and founder of AllianceBlock, in an email to CNN Business.
Though many cryptocurrencies have done well lately, several of them are still well below their peaks — unlike bitcoin. So they may have more room to catch up.
Nicholas Pelecanos, head of trading at blockchain firm NEM, noted the example of ethereum now trading around $615, more than 50% below its all-time high of above $1,400 from early 2018. 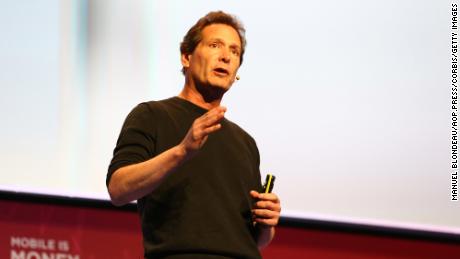 “There has been more demand from mainstream financial mangers about cryptocurrencies, and the big question is what is the relative value for these altcoins compared to bitcoin,” he said. “There is probably more upside in ethereum than bitcoin.”
Guy Hirsch, managing director for the US at eToro, a brokerage and trading firm, added that there has been more interest lately for ethereum and XRP as they have gained “more recognition and credibility.”
Some of the even smaller cryptocurrencies may rally even further. Digital tokens such as VeChain, Terra and Compound have each jumped more than 25% in just the past week.
“All of the big altcoins started as small coins,” said Don Guo, CEO of Broctagon Fintech Group, in an email to CNN Business. “If the crypto market is on an upwards trend, we notice that many smaller investors actually look towards investing in the smaller coins in hopefully hitting the jackpot.”

This could be a healthy sign for the broader cryptocurrency market. It’s similar to how stock market investors realize they need to invest in small cap stocks and not just the giant FAANG techs that dominate the S&P 500 and Nasdaq.
“There’s more to the cryptocurrency market than bitcoin, just like there’s the more to the equity market than Apple,” said Denis Vinokourov, head of research at digital assets prime broker Bequant.
Source: Read Full Article