The chief executive of newly listed lender Plenti has denied any misconduct over receiving government contracts despite an investigation launched by the federal government into alleged improper treatment.

The company floated on the ASX on Wednesday morning under the ticker PLT, but investors punished the company amid suspicions it had won crucial state government contracts thanks to favouritism, and its share price dropped lost 20 per cent from its listing price in the first 40 minutes of trading.

Plenti, formerly known as Ratesetter, was awarded two contracts by the $10 billion Clean Energy Finance Corporation worth $100 million to partner with the New South Wales and South Australian state governments to deliver loans to households wanting to install rooftop and solar batteries. 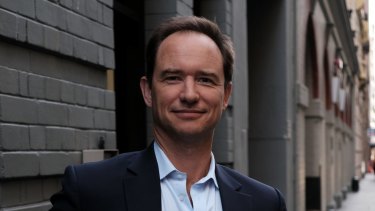 Competitors in the industry accused the government body of awarding the contracts without a tender process, and Energy Minister Angus Taylor commissioned an independent inquiry into the allegations.

Daniel Foggo, chief executive of Plenti, said there was a tender process and accused competitors of spreading misinformation in the market.

"We understand we were in a competitive process," he said on Wednesday. "We absolutely weren’t the only party that presented to them. However, we put our best foot forward, offered real value to both the customer and the government and we believe we won that contract on our own merits," he said.

"The answer is there’s nothing to see here."

The four-months long audit was carried out by independent consulting firm RSM Australia and probed the company's relationship with the CEFC while looking for evidence of improper treatment. Minister Taylor's office has received the report but is yet to release its findings publicly.

Mr Foggo said he was contacted by the RSM auditors but could not remember the nature of the investigation or any of the questions asked.

"I can’t recall, it was a long time ago," he said. "From our conversation with them, I think we were confident there’s nothing to see here. We won the program in South Australia on the basis of our credentials.

"I think it’s really a question for the South Australian government."

Concern has also been raised over the involvement of Federation Asset Management investor Stephen Panizza, who worked as the CEFC's chief risk officer and is now an investor in Plenti.

Asked whether Mr Panizza's investments in Plenti added to speculation the CEFC had engaged in favouritism towards Plenti, Mr Doggo said: "I’m not sure how you mean, sorry."

When approached for comment, Mr Panizza said he had not been contacted by RSM auditors in relation to the government's inquiry but added he had previously disclosed all relevant conflicts.

We put our best foot forward, offered real value to both the customer and the government and we believe we won that contract on our own merits.

The non-bank lender provides car and personal loans but considers "green energy" loans as the fastest-growing part of its business. The IPO floated 20 per cent of the business to raise $55 million from investors to boost the company's coffers after it reported a $16 million loss in the last financial year.

Mr Doggo said demand for renewables would continue to rise, but he wouldn't weigh into the public debate over whether the federal government should set a net zero by 2050 target or invest more in battery storage technology.

"We think our role is to be a good partner for those who have made the right decisions rather than driving policy decisions," he said.

Mr Doggo didn't offer a view on the future energy mix of Australia or the role of fossil fuels, but said the market had naturally embraced solar.

"We’re in a very privileged position of having so many sunshine hours that we are a natural market to have high penetration for solar," he said. "We’ve seen record investment in home improvement this year through the COVID pandemic and that has included people investing in solar panels and home batteries. So it’s a growing market as it is."

The Plenti prospectus cautioned investors about the potential for the government's investigation to release adverse findings that could have a material impact on the company.

"If Plenti was partially or fully replaced in its role in relation to the Home Battery Scheme or the Empowering Homes Program, or the programs were terminated, Plenti may experience a reduction in future renewable energy loan volumes, which is a material part of its business. This could have a material adverse effect on the revenue, growth and profitability of Plenti’s business and the value of the shares," the share sale document warned.