Momentum has been building around NFTs in recent weeks. Each day brings a new sale of a digital image, gif or video for an eye-watering amount.

And more big name investors and creators are getting in on the space from Halsey to Damien Hirst, Kings of Leon, and Mark Cuban.

But before going any further, what exactly is an NFT?

By definition, an NFT is a cryptographic token that exists on the blockchain. It can represent a real-world asset such as art, collector items, real estate, and music.

Since the token is on the blockchain, creators can provide it directly to an audience. Each token is uniquely verifiable, and so this creates the potential for the NFT to surge in value if the creator becomes more popular or only a limited number of pieces are sold.

For investors considering getting in on the NFT market, Insider breaks down the five most important things to know: 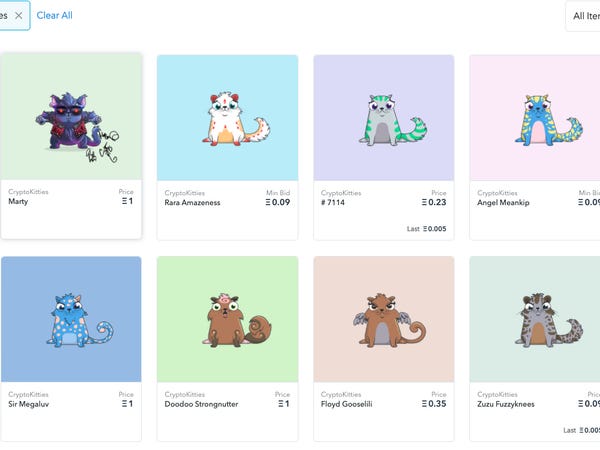 There are two main discourses around why an individual might want to buy an NFT: to speculate or to support.

Take Kings of Leon, for example. They have just released their latest album “When You See Yourself” as an NFT.

For two weeks, individuals can buy the token priced at $50 and receive an album package with vinyl as well as a digital download.

Music fans have traditionally purchased digital downloads and vinyls to support bands. NFTs are just another way to support creators that is direct and avoids various intermediaries.

However, the limited two-week time period provides speculation opportunities because it creates scarcity.

Creators can control the scarcity and value of tokens. They can choose to drop tokens at a set price for a limited amount of time or sell only a few. This decision benefits buyers, who could resell the token at a later date potentially for a higher price.

But it’s important to remember there are two different types of speculation in the NFT market.

The scarcity and value components of most NFTs creates natural speculation. Individuals are speculating and supporting a cultural trend, much like angel investing.

On the other hand, the intense interest in NFTs, combined with surging asset prices elsewhere, have created a different type of speculation where individuals are entering the market hoping to make money by flipping or because they fear missing out.

This has caused many to refer to the NFT market as a speculative bubbles waiting to burst with parallels drawn to the Beanie Baby bubble and other collectible boom-and-bust cycles.

Despite McClurg’s bullishness on bitcoin, he said most of the NFT market looks bubbly with mass speculation occurring because there is too much money in the market.

Whereas Matt Higgins, a venture capitalist and early investor in bitcoin and Coinbase, thinks NFTs are here to stay but acknowledges the speculative behavior.

“At the moment, we’re in a slight period of irrationality, where just putting three letters on something means it’s valuable and that defies common sense,” Higgins said. “So long the space, short the froth at the moment.” 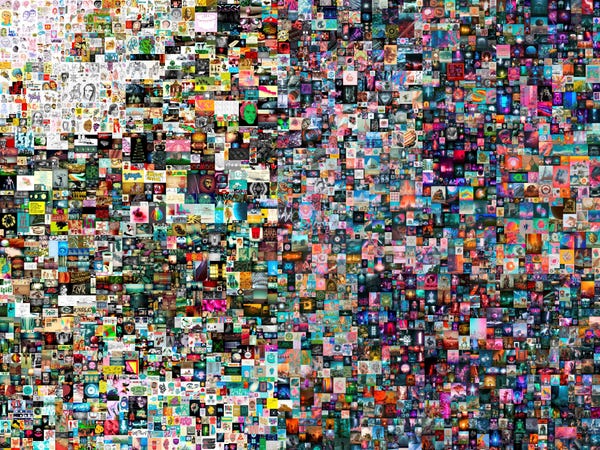 The various components of creator control are seen as some of the biggest benefits of NFTs and one of the reasons why people believe the NFT marketplace will boom in the coming years.

A creator can easily place NFTs on a variety of cryptocurrency platforms such as Nifty Gateway and SuperRare. Beeple described the process of launching an NFT on a recent podcast.

“It’s really one of these things where you upload the artwork, you say the description, you pay the gas fee, and she’s on the blockchain,” Beeple said. “So it’s not a super huge lift to kind of get it up there.”

Even after the NFT is sold, the creator continues to benefit. The token can be designed so the creator is paid every time it changes hands on the secondary market.

The ability to tokenize essentially anything also means creators who gain popularity in the digital sphere, such as meme creators and digital artists, now have more monetization opportunities. 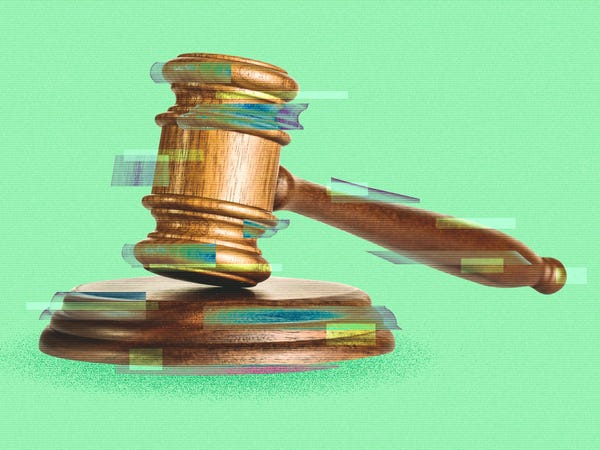 Despite the benefits of NFTs, there are also significant risks.

In a recent podcast, Beeple said it is likely that most NFTs end up with little value, similar to physical art.

But it’s not just the risk of an NFT falling to zero: it’s that the NFT market is not currently regulated, which means it’s up to the investor to do due diligence.

In a recent interview with Insider, Nadya Ivanova, chief operating officer of L’Atelier BNP Paribas, an emerging-market research firm, said anybody can theoretically mint an NFT out of a file that doesn’t belong to them and pass it off as their own to unsuspecting buyers.

There is very little consumer protection available to investors.

Andrew Steinwold, a crypto investor, said in an Insider interview that if a startup which hosted NFTs were to go out of business, buyers could be left with tokens pointing to files that no longer exist.

Conflicts between corporations, creators, and token owners could arise around ownership and what can and can’t be done with the asset that has been tokenized.

There are also concerns about tampering within the bidding process. Ivanova highlighted that wash trading — when someone artificially pumps up the price of an asset by opening multiple accounts and trading with themselves — has historically been common in NFTs. William O’Rorke, a partner at Paris-based law firm ORWL, reiterated this message in an interview with Wired.

“If you have 10 accounts, you can artificially increase the price of an NFT,” O’Rorke said. “This kind of practice exists actually also on eBay, on all these kinds of services. But when people participate in the auction with anonymous cryptocurrency, it’s much more complicated to find out.”

The ability to leverage fake accounts was demonstrated when Beeple sold 20 different pieces of artwork one weekend. A single investor bought up all 20 pieces and leveraged them for virtual art galleries. He then packaged the 20 pieces into a digital token called B20 as a way to share ownership through fractional shares. The token is currently valued at $133 million.

4. A recovery and bear market 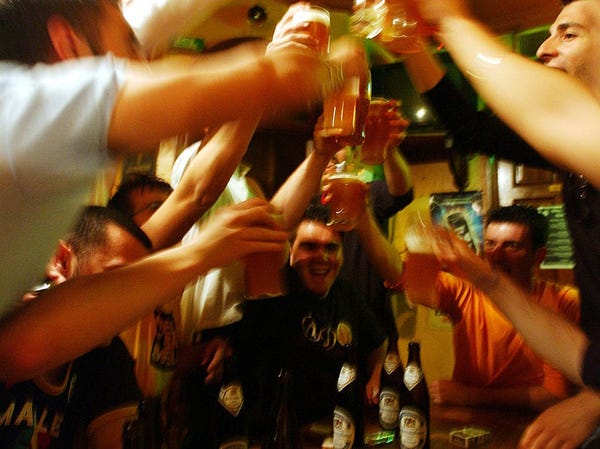 NFTs have boomed at a time when risk assets, such as equities, are in a bull market and investors are at home under lockdown restrictions.

Many believe the interest in NFTs will subside as society reopens and investors can spend money on going out for meals and on vacations.

If investor sentiment changes towards risk, this could also impact NFT interest.

“We had a very similar moment in 2017,” Billy Rennekamp, lead developer at blockchain software firm Cosmos, told CNBC. “Every gallery was considering an NFT. Every blue chip artist was considering it. But there was just too much risk when the market dropped and it was embarrassing to be involved in NFTs when the prices dropped.”

Despite Beeple saying in a podcast that NFTs are in a bubble, he also sees long-term opportunities for them as an asset, particularly in a reopened environment following COVID-19. 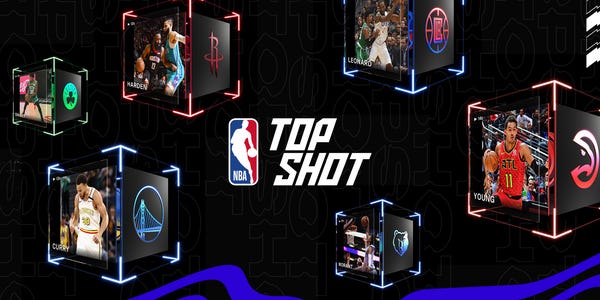 The main platforms for investing in NFTs are Nifty Gateway, SuperRare, and OpenSea.

There are also niche sites such as NBA Top Shot and Axie Infinity, a site that sells cartoon characters that are created to fight.

A full breakdown of platforms can be found here.

In most cases, investors need to use cryptocurrencies to buy an NFT. Nifty Gateway and NBA Top Shot enable users to pay by credit card.

Beeple, on a recent podcast, said he would like to see credit cards across all platforms to enable widespread adoption.

“I’m pushing all of these motherf—ers to f–king accept credit cards, because I really strongly feel that making this as easy as possible to bring in new users is going to be key,” Beeple said. “And the people who do that the best are the people we’re going to have the most success [with] moving forward.”

Although credit cards can make it easier to buy an NFT. Some describe a painful process trying to get their money out of some platforms. The Defiant documented the challenging process an online user named “DeFi Ted” faced trying to withdraw his money from the NBA Top Shot, which is still in beta testing stages.

This issue was reiterated by the co-host of the Animal Spirits investing podcast, Ben Carlson, who spent several hundred dollars testing the platform and then wanted to withdraw his money.