In the mythology of private banking, Banque Pictet & Cie stands apart. Over the course of more than two centuries, the Swiss institution has discretely tended to the assets of the very rich, led by a small crop of partners who form the most exclusive men-only club anywhere outside the Vatican.

In its entire history, only 43 individuals — all men, all white — have risen to the rank of Pictet managing partner, creating a bond more enduring than your typical marriage. From their Geneva perch, they oversee more than 600 billion francs ($847 billion) in assets under management and a level of profitability far beyond larger, publicly-listed peers, often rewarding each of them with more than 20 million francs a year. 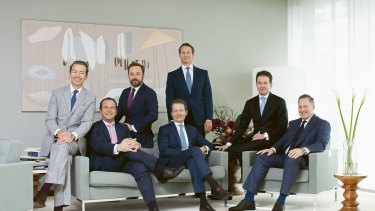 But in recent years, an unsettling new trend crept into Pictet, cracking the façade of corporate cohesion: key employees began leaving. Over the course of 2019, a dozen long-tenured relationship managers at the wealth unit departed. Within days in September of that year, four leading bankers from the team looking after Russian clients handed in their resignations. Bankers for Scandinavia and Israel followed, putting billions in assets under management at stake.

At the heart of the exodus lies a culture clash. Longtime employees were bristling at the brash style of the flood of recent hires brought on to manage the money of the ultra-rich, particularly the explosive growth of new wealth in Asia that has set off an aggressive race for assets and talent with bigger rivals like UBS and HSBC.

Yet for others, change wasn’t happening fast enough; some newcomers who had signed up to the promise of the rejuvenated Pictet were departing again in frustration.

Interviews with a dozen people familiar with Pictet’s private-wealth arm reveal a business at a crossroads, confronted with the reality that, in order to stay ahead, Switzerland’s preeminent private bank must adapt. That means embracing more risk and changing the client relationship — away from the concierge-like approach that endured for generations toward a more transactional model.

That can be tough for employees accustomed to the principle of caution and secrecy that guided Pictet through the centuries. But change has also brought opportunity to rethink old habits and expand the bank on the global stage.

“Pictet is in between two worlds,” says Pedro Araujo, a senior researcher at the University of Fribourg, who has studied Switzerland’s elite families. “They are in the old world of Geneva private bankers, and the new world of globalised finance, where they want to be present internationally, they want to grow, they want to present themselves as modern, but not too much. Two worlds that are on a collision course.”

For all its tradition, Pictet has become more attuned to change in recent years. The company transformed its legal status after the end of banking secrecy in 2014, disclosing more performance metrics as a result. One of its partners, Rémy Best, had already made his mark revamping the asset-management unit. Next, he turned his attention to the wealth division, long the beating heart of Pictet.

It turned out that the operation required fresh blood. And the bank found it in Boris Collardi, who performed one of the most audacious manoeuvres in Swiss banking in 2018 when he abruptly left as CEO of Zurich private-banking nemesis Julius Baer and decamped to the shores of Lake Geneva to join Pictet.

On the face of it, Collardi is everything that the typical Pictet stakeholder is not. More bon vivant than ascetic financier, Collardi, 46, stands apart as the first outside partner in decades. He also brought serious star power and a dose of bonhomie to the Pictet franchise that values uniformity over individualism, down to the subdued colour palette of the partners’ perfectly tailored suits. 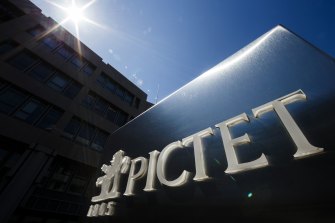 In its entire history, only 43 individuals — all men, all white — have risen to the rank of Pictet managing partner, creating a bond more enduring than your typical marriage.Credit:Bloomberg

His ascent to the Pictet partnership not only made him one of the youngest people in recent history to hold that title, it also tipped the scale for the first time to a majority of members in the group who aren’t descendants of the founding families.

In Collardi, the partners identified a peer who could pick up from Best, a longtime acquaintance who had introduced the new hire to the other partners. And Collardi was already well versed in Asia, where Pictet was keen to tap into an affluent class of newly minted billionaires preparing to pass on their wealth to the next generation.

But Collardi also had to adjust to the new reality of no longer being the undisputed leader. Instead, he is now one voice among seven, where every decision is made in unison. The weekly meetings are presided over by senior partner Renaud de Planta, who declined to comment for this story.

Collardi also accelerated an overhaul of the investment and trading platforms, replacing some of the longest-serving portfolio managers with investment advisers half their age.

Up until a few years ago, the firm was so old-fashioned that managing partners were expected to be addressed as Notre Sieur, a formal French title for sire.

By the end of 2020, Pictet’s wealth bankers had swelled to 1,098 from 740 just five years earlier, an expansion not dissimilar to absorbing a full-blown acquisition.

The changes echo the overhaul that Collardi enacted at Julius Baer. Over the course of a decade, he turbocharged the storied private bank, sending it on a breakneck expansion from Sao Paulo to Singapore, doubling assets under management as a result. But despite his meteoric rise, Collardi remained, by his own account at the time of the move, “only an employee.” Pictet, by contrast, offered a once-in-a-lifetime opportunity to become an entrepreneur with extra financial legroom but without the daily grind of running a publicly-listed company.

Making Pictet partner brings a stake in a steady business whose owners share in more than 500 million francs in annual profit. Up until a few years ago, the firm was so old-fashioned that managing partners were expected to be addressed as Notre Sieur, a formal French title for sire.

The challenge facing the partners is that in order to grow, they need to aggressively target Asia, the epicentre of wealth creation. But that requires the embrace of new — and potentially riskier — investment assets, chief among them structured products, which use derivatives to track the performance of an underlying asset. 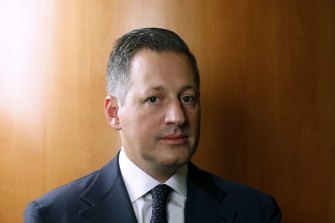 Collardi spent more than a year trying to win backing from the other partners to push Pictet to sell its own products in that asset class. The others weren’t convinced, priding themselves in their track record of never having endured a defaulted loan. The project was watered down in early 2020 and Pictet settled for the less-risky option of being a broker selling other bank’s structured products.

While Pictet has steadily grown over the years, it has so far avoided the tense transitions to a modernised corporate structure embraced by other well-known former partnerships, notably Goldman Sachs and Lazard.

Pictet may still be much smaller than publicly-listed wealth managers, but the bank packs a punch when it comes to profitability. Pictet long managed to achieve a return on equity above 40 per cent, a number that’s unheard of for any modern bank. While the figure has come down to between 16 per cent and 21 per cent in the past half decade, it’s still a cut above UBS, Credit Suisse and Julius Baer.

The transformation in 2014 into a limited partnership removed the risk of the partners bearing the full brunt of losses. As a result of the change in legal status, Pictet began publicly disclosing performance data.

“They are in the old world of Geneva private bankers, and the new world of globalised finance, where they want to be present internationally, they want to grow, they want to present themselves as modern, but not too much. Two worlds that are on a collision course.”

Suddenly, Pictet was forced to reckon with its haphazard organisation that often put personal relationships before a systematic structure. Until then, it wasn’t unusual for bankers to act independently with no uniform approach to clients, for example sending out correspondence using their own fonts and letterheads. Among historic quirks, some employees didn’t have a formal work contract — joining the bank was a social compact with a benevolent patriarchy holding a protective hand over its flock.

Pictet embarked on a long march into the 21st century, guided by one of its partners. A former McKinsey executive, Rémy Best was attuned to performance metrics and organisational optimisation. Fresh from turning Pictet’s asset management arm into a metric-minded profit generator, Best next set his eyes on wealth management, long a protected sanctuary at Pictet because it used to bring in the bulk of money.

The bank took a hard look at which private wealth customers were bringing in the lion’s share of revenue, realising that some were costing Pictet too much, while others still should be targeted more aggressively to buy more services.

Best’s forensic approach caused a stir among employees. Pictet’s private bankers hadn’t previously been required to disclose their clients, or say how much money they were making for the bank. Personal customer relationships gave way to faceless scorecards measuring net new money, return on assets, and whether bankers met growth targets. 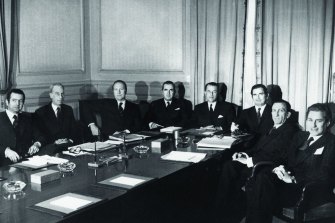 In its entire history, only 43 individuals — all men, all white — have risen to the rank of Pictet managing partner.

Each time a partner joins the reigning fellowship, he is required to purchase a substantial stake of the company. To finance the transaction, existing partners provide a loan to their newest member, who pays them back over time. A departing partner must start selling his share back to the bank. To support this ebb and flow of stakes, the bank aims for a minimum 20 per cent return on equity.

During a presentation in February, a cherished Pictet ritual held online for the first time this year, de Planta laid out last year’s key numbers. The bank was buoyed like many others by the market volatility the pandemic provided — from the boom in investing revenue to a rebound in variable compensation for employees and a record number of assets under management as clients sought safety.

But while the partners spoke at length about performance, charitable efforts or Pictet’s gleaming new building slowly rising on the outskirts of Geneva, one member from their group remained conspicuously absent: Collardi didn’t speak or show once during the presentation.

Instead, the man most associated with Pictet’s turbulent last years had slipped into the background.