Mr Papas narrowly avoided being hit with contempt of court charges on Friday after he sent a long-overdue list of his assets and liabilities to the Federal Court, related to global freezing orders over his alleged fraud.

Despite the threat of contempt charges falling away, Westpac was quick to tell the court it had grave concerns over the accuracy of statements in Mr Papas’ affidavit, accusing the alleged fraudster of lying. 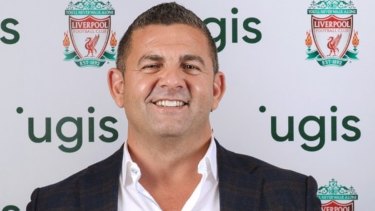 The full details of Mr Papas’s assets and liabilities are now subject to an interim suppression order on request by Mr Papas’ legal team.

Justice Michael Lee will hear arguments about releasing the documents next week.

Mr Papas and the Sydney company he founded, Forum Finance, have been accused of facilitating a fraud worth at least $400 million, by falsifying documents and forging signatures to illegally obtain loans from Westpac, Societe General and Sumitomo Mitsui Banking of Japan.

Mr Papas has failed to return to Australia despite initially saying he would return, first saying he had the coronavirus and then saying he needed money for his living expenses and paid-up return tickets to Greece before he could come home.

Counsel for Westpac Jeremy Giles, SC, told the court: “We simply don’t accept that as being an accurate statement and we will in due course lead evidence of payments out of the Forum Group Financial Services account to Mazcom of circa $2 million in mid-June this year.”

“Even at a tolerably superficial level we have grave concerns, your honour.”

Westpac has previously told the court it believes Forum Group Financial was a secret company belonging to Mr Papas and his business partner, which received a large amount of the alleged fraud proceeds but was not part of the wider Forum group despite its name.

Sources close to the Forum group businesses, who declined to be named for legal reasons, said Mr Papas had been restructuring his overseas business affairs as he adjusted to life overseas.

Mr Papas was slammed earlier in the week by Justice Lee and Westpac’s lawyers for repeatedly missing court deadlines to file an affidavit of his assets. This masthead has previously revealed the 49-year-old owns a global property portfolio and race cars.