The prudential regulator is monitoring a higher than normal number of superannuation members switching their balances into cash as super funds seek to limit market volatility and call for calm.

This week has seen the ASX post its biggest fall on record after coronavirus fears fuelled a steep sell-off that has wiped billions of dollars in equities value. Wall Street stocks tumbled to levels not seen since 1987 and global market participants are resisting calling a bottom to the rout in global markets.

MTAA Super, a $12.8 billion industry fund that serves the motor and trades industries, became the second fund to suspend its stock lending program in an effort to curb short selling and taper market volatility. 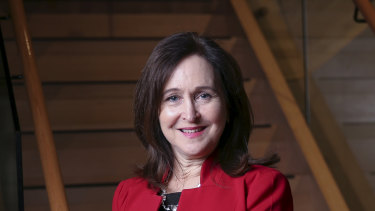 Anxious superannuation members have sought to stem their losses by ripping money out of equities heavy accounts and placing the balance into cash or defensive options. The Australian Institute of Superannuation Trustees chief executive Eva Scheerlinck said this number was low and called for patience.

"While no one can give guarantees, history tells us that markets recover," Ms Scheerlinck said.

The Australian Prudential Regulation Authority has instructed superannuation funds to pay particular attention to asset liquidity and is seeking additional information from trustees to understand how they are monitoring industry changes.

Debby Blakey, chief executive of the $50 billion fund that represents healthcare workers HESTA, used Facebook to acknowledge older Australians were facing tough decisions about how to manage their super.

"We understand that if you're approaching or in retirement, the current environment it's particularly challenging," Ms Blakey said. "Changing your investments to defensive assets now may mean you miss out when markets do eventually rebound."

Recent figures show HESTA's default fund, the Core Pool, has just under half of its assets in the stock market – 25 per cent in Australian shares and 24 per cent in international shares.

"If you're considering making any changes to your investments, we strongly encourage you to first seek advice," Ms Blakey said.

The Association of Financial Advisors has seen a spike in the number of calls from existing and new clients seeking guidance on how to deal with the impact of the market rout on their savings.

Mr Kewin said older Australians rushing to transfer money from super funds to banks signalled a lack of understanding of how superannuation works.

Director of consumer advocate group Super Consumers, Xavier O'Halloran, said this was the time for greater communication from funds, especially messaging targetted to those reaching retirement.

"People have entrusted their life savings to their super fund and they expect funds to be taking a leadership role at this time of uncertainty," Mr O'Halloran said.

"This is the time for chief investment officers to be in front of members explaining how their fund is positioned to deal with the market downturn."

Mr O'Halloran encouraged superannuation members to stop constant checking of balance, build up a cash buffer and consult with a financial advisor before making any changes.