The chief executive of Eftpos is calling for an overhaul of the regulation of price disclosures for processing tap-and-go card payments in Australia so that the country's retailers have a genuine opportunity to compare their options.

"Today, the only item that’s really clear is interchange rates. We think all three components of the cost to the merchant should be clear, so that they have the ability to properly choose," Stephen Benton said. 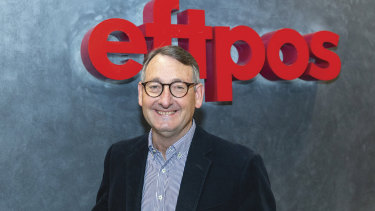 The comments come after card giant Visa said it was difficult to detail exact pricing of processing card transactions because the range differed so much depending on businesses and their banks.

Mr Benton said retailers struggled to compare apples with apples on processing fees because not all major payment acquirers disclosed all fees in the same way.

Eftpos is lobbying for all providers to be required to disclose the card interchange fee that businesses must pay their banks to process a transaction, any other fees the card scheme charges plus the margin that the bank or financial institution receives. 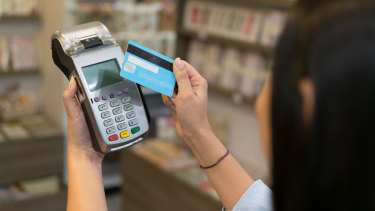 Eftpos is lobbying for an easier way for retailers to compare prices for processing card fees, arguing its networks are often cheapest for debit. Credit:Shutterstock

Submissions made last month to a Reserve Bank of Australia review into payment regulations have revealed clashes between Eftpos, which provides the system for domestic debit card processing, and international providers that also can process debit transactions, like Visa.

The RBA's payments board is considering whether it should change rules relating to how tap-and-go payments are processed. At the moment, when a user taps their debit card on a card reader, the payment is routed automatically through international networks of credit card providers instead of through the local Eftpos rails unless the retailer has opted into "merchant choice" or "least-cost" routing by the banks.

Least-cost routing is a voluntary option, and Australia's major banks have confirmed, despite the model being launched last year, less than 10,000 merchants have taken up the offer so far across the big four.

The issue of tap-and-go payments is so divisive because retailers believe that if debit payments are processed through global networks, they could cost more. The Reserve Bank has found that for many merchants, Eftpos processing can be "significantly less expensive" than global providers.

On Wednesday, Visa's global head of merchant sales and acquiring Suzan Kereere said the RBA should be cautious about making least-cost routing compulsory because it would rob consumers from choice around things like fraud prevention when using their cards.

Eftpos roundly rejected the idea that international carriers have better fraud prevention systems, claiming the majority of payments fraud occurs online rather than at the tap-and-go point of sale.

"Card holders enjoy the same protections regardless of how the transaction is processed and those protections are provided by the banks at an account level, not through how the payments are processed," Eftpos chief product officer Matt Barr said.

Mr Benton said shoppers wanted to be able to choose whether their transactions went through credit or debit channels, but if they had chosen the "debit" option they did not care about whether payments went through Eftpos or international debit channels of global card providers.

Overall, their key priority was making sure small businesses were able to get the lowest car fees, he said.

"We’ve done some research, and three quarters of card owners wanted the merchants to have that choice and cared about them getting the lower costs," he said.