New York (CNN Business)The banking industry has a race problem, and a new study is putting a spotlight on the inequalities within the nation’s largest financial institutions.

For people of color, the chances of getting promoted to the highest levels of management or senior and executive leadership at some of the nation’s most powerful consumer banks are much lower compared with their White peers, according to the report, which was conducted by the Committee for Better Banks and obtained by CNN Business.
“Racial bias runs deep,” the report concluded.

That’s true for much of Corporate America. The tech industry, in particular, has come under fire for its hiring practices. But Nick Weiner, the CBB study’s lead author, says the lack of minority representation in financial services has some of the most wide-ranging consequences.

“Banks are so essential to everyone being able to function in society and in our economy,” Weiner told CNN Business. “There’s an important high bar that banks need to meet for diversity and inclusion.”
Some of the financial institutions that publicly condemned racism in the aftermath of the police killing of George Floyd last year have a track record of keeping African American, Latino and Asian bank tellers and call center employees stuck in low and entry-level jobs, dimming their prospects for climbing the career success ladder, according to the report.
CBB is a coalition of bank employees, consumer advocacy groups, and labor organizations. Last summer, the group’s researchers began gathering and analyzing demographic data on the workforces at 13 of the nation’s largest consumer banks, which are legally required to provide some of the same information to the Equal Employment Opportunity Commission. 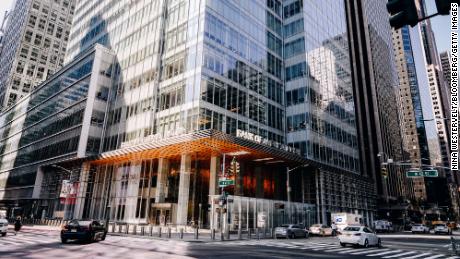 What the study found

The report, titled “Advancing Racial Justice for Frontline Bank Workers,” graded 13 major banks based on three categories: their willingness to disclose workforce demographic data, their levels of diversity across the job classification hierarchy, and how employees of color fare in career advancement relative to their White peers.
CBB gave a final overall grade of “C” for diversity and inclusion to the collective financial services industry.
The overall industry received “D’s” for Black and Latino representation and a “C” for Asian representation.
Asian Americans fared better than Black and Latino workers throughout the report.
Black employees fared the worst when it comes to career advancement at the banks examined, the study said. The overall industry received “C’s” for the career advancement of African Americans and Latinos and a “B” for Asian Americans.
“None of them performed that great,” Weiner said of the banks.

None of the banks received an overall grade higher than a “C.”
The top grades went to Bank of America, Capital One, Citibank and JPMorgan Chase — a “C” means their diversity metrics are on par with the larger industry.
The report gave the lowest grades to banks that provided incomplete data or declined to provide any. Only five of the 13 banks — Bank of America, TD Bank, Citibank, JPMorgan and Capital One — provided CBB’s researchers with all the stats the group deemed necessary to complete its report.
Several banks — Bank of the West, Fifth Third Bank, HSBC North America, PNC Bank, Santander, Truist Bank, US Bank and Wells Fargo — all received overall “F’s” because CBB’s report said they declined to provide its researachers with data on “the total number of employees within race groups at the company” and in some cases declined to break down their percentage of Black, Latino, and Asian employees.
“Because accountability begins with transparency, banks that did not disclose data were judged accordingly,” the study authors wrote.
US Bank said CBB’s findings are not accurate and do not reflect data the company has publicly released, including the 2020 Environmental, Social and Governance report available on its website, which does contain its workforce demographic statistics.
Truist Bank told CNN Business its workforce demographic data is included in its 2020 corporate social responsibility report, which CBB did not include in its findings. A Truist spokesman said the CBB report also did not include details on its diversity, equity and inclusion efforts.
The bank says it submits demographic data to federal regulators and lawmakers in compliance with the Dodd-Frank Act. Data provided to CNN Business shows Truist’s board of directors includes 31.8% women and 18.2% people of color. The data also shows Truist’s senior and executive leaders are 22.1% women and 11.8% people of color.
Truist said it has always been committed to diversity, equity, and inclusion —but events like the police killing of George Floyd caused the company to become even bolder in its stance.
“Like millions of our fellow citizens, we have taken an introspective look at where the country is today and where we, as Truist, need to go,” the bank wrote in its 2020 CSR report. “We will work diligently to help bridge our nation’s gap in economic inequality, to ensure our company reflects the diversity of the communities we serve, and to invest in organizations aligned with our aspirations for equity.”
Bank of the West and Santander refused to disclose any demographic information, according to the CBB report. Bank of the West’s CEO Nandita Bakhshi, who is Indian-American, says she disagrees with CBB’s findings, noting her bank was recognized by Forbes as one of the best employers for diversity in 2020.
“My executive leadership team is more than 30% women, nearly one-third people of color, and 50% diverse – speaking 10 different languages,” Bakhshi told CNN Business in an emailed statement. “I lead with and empower diversity because I believe this is the only way we can achieve a sustainable future. I am confident in our DEI credentials. Our diversity is one of the reasons that we are a fundamentally different bank and the leading sustainable bank in the country.”
Santander declined to comment on the report. JPMorgan, Bank of America, and Capital One did not respond to requests for comment.
Wells Fargo acknowledged it had more work to do on diversity and inclusion, while noting the bank “values diversity and inclusion not just as a business imperative, but because it’s the right thing to do.”
Citibank said it publicly reported its own workforce demographics last year and expects to increase the ratio of Black representation in select leadership roles to at least 8% by the end of this year. HSBC said it published its demographic data on its own in October. 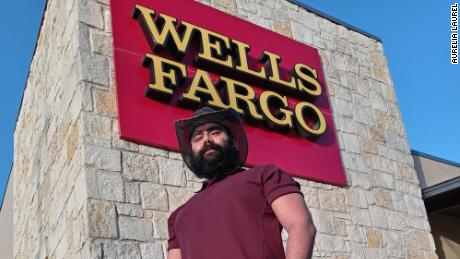 Black and Latino employees at all the banks evaluated face “strong unfavorable disparities” compared with White employees when it comes to career advancement, according to the analysis, which found a trend of “decreased diversity at higher employment levels within all eight banks” that provided demographic data.
Citibank and Bank of America employees of color had the best chance of reaching the highest ranks when compared with their White counterparts. Black Citibank employees had a 27% chance of becoming a senior or executive leader compared with their White peers. Latino Citibank employees had a 23% chance compared with White employees.
“Meanwhile, Black employees [at Citibank] are 2.3 times and Latino employees are 1.8 times more likely than White employees to hold entry level positions,” the study authors wrote.
Black Bank of America employees had a 23% chance of being an executive when compared to their White colleagues, according to the report. Latino BofA employees have a 16% chance of reaching the executive ranks. Respectively, Black and Latino BofA employees are 3.75 and 5.05 times more likely to hold entry level positions than their White peers, researchers found.
“Based on these findings, the Committee for Better Banks concludes more robust policies must be adopted and enforced to address systemic racism in the banking sector,” the study authors wrote.

What banks need to do

Researchers recommended the banks agree to detailed workforce demographic data disclosure and transparency.
They also recommended each bank implement a policy of interviewing at least two female or racially diverse candidates for open positions, provide training and more recruitment opportunities to increase the diversity talent pipeline and link executive pay with diversity benchmarks that include “transparent enforcement.”
Citibank says it already has implemented all of CBB’s policy recommendations on its own prior to the release of the group’s study. 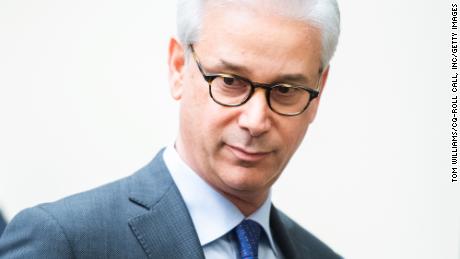 Mexican-American Wells Fargo account resolution specialist Ted Laurel, 38, of San Antonio, says he has held the same position with the company for eight years and has never been promoted despite receiving multiple raises and positive reviews from managers at his call center.
“I’ve applied for 15 promotions at Wells, but have not received a single interview,” Laurel told CNN Business. “It makes me feel very deflated.”
Wells Fargo rebutted Laurel’s claims about his work history, but declined to comment further.
Laurel, an Army Reserve veteran and father of eight, says his Black and Brown coworkers have all had similar experiences. He says employees at Wells Fargo have been demanding change ever since the company’s CEO Charles Scharf came under fire for blaming the bank’s lack of Black executives on a “very limited pool of Black talent to recruit from” in a memo circulated in the aftermath of the George Floyd tragedy last June.

Scharf apologized for those remarks in September. Laurel said employees at his call center participated in a conference call with Scharf in December during which they aired their grievances about lack of career advancement opportunities, an issue he says still has not been addressed.
“I couldn’t leave in the middle of this fight for action,” Laurel said. “I don’t want to be responsible for setting back our agenda for promoting a more diverse work culture.”
Source: Read Full Article