Trump to speak with industry leaders on reopening economy

President Trump will speak with all 50 state governors and leaders in health care, hospitality, sports and others industries about reopening the economy amid coronavirus. FOX Business’ Blake Burman with more.

Get all the latest news on coronavirus and more delivered daily to your inbox.  Sign up here.

President Trump is laying the groundwork to reopen parts of a U.S. economy battered by attempts to contain the COVID-19 pandemic, and his success or failure will have big implications for his reelection chances come November.

Data released Wednesday showed the U.S. has suffered bouts of historic weakness in retail sales and manufacturing. Economists at Wall Street’s biggest banks all see the economy contracting by at least 30 percent on an annualized basis in the second quarter, the steepest of the post-World War II era.

The longer the economy remains in a virtual shutdown, the more it will be damaged and the bigger the blow will be to Trump’s chances of securing another term.

Reopening too quickly, however, raises the chance of a second wave of the virus that would shutter businesses for an even longer period. One answer the administration is considering is a phased-in resumption of business, starting in states less impacted by the virus.

“There are over 20 that are in extremely good shape, and we think we’re gonna be able to get them open fairly quickly, then others will follow,” Trump said. Some may reopen before May 1, he added.

Even with stores and factories operating again, though, it's likely that things are going to feel different for quite some time as people wear masks and practice social distancing to avoid infection. At least initially, people will likely avoid crowded places.

Restaurants and other establishments may be forced to reduce capacity by half or even more to control the spread of the virus.

Greg Valliere, chief policy strategist at Ontario, Canada-based AGF Investments, which has $38.8 billion in assets under management, expects many portions of the economy will “begin to get back on their feet this summer” and that economic growth will “show some positive signs” late this year.

A number of countries, however – including China, South Korea and Singapore – are facing a second wave of infections, and the U.S. doesn't want a similar situation.

That's “the biggest risk of all" Valliere told FOX Business, "and you can't rule it out if people go back to work too quickly.”

Until a vaccine is discovered, testing is critical, according to David Rosenberg, chief economist and strategist at the Toronto-based Rosenberg Research. 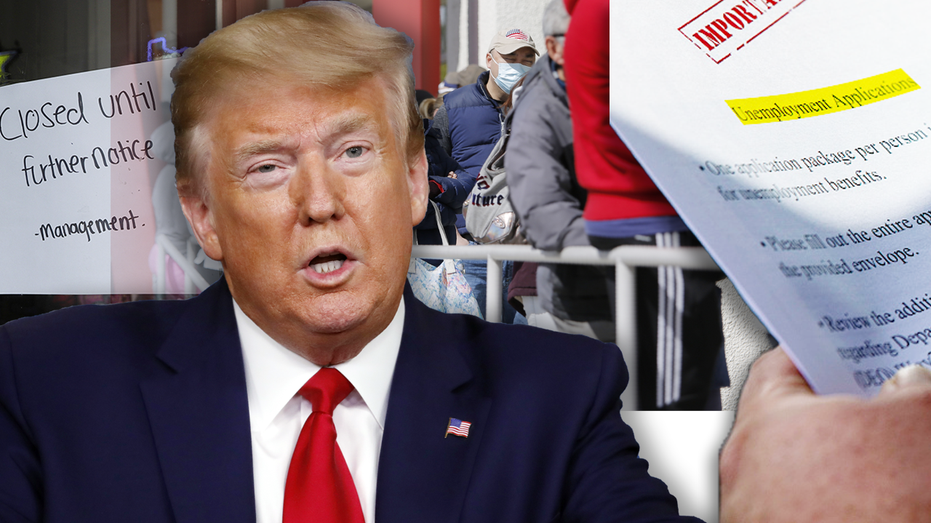 “You're really gambling with fate and with history if you think that you can just suddenly snap your fingers and start to reopen without having the testing, because we have to have the information and the data in order to make a well-informed decision,” Rosenberg told FOX Business, noting that without testing, consumers won’t have the confidence to resume their normal lives.

“You can open up all the businesses in the world. You can reopen movie theaters. You can reopen restaurants. And you could reopen the malls,” he added. “But here's the problem. The economy is driven by spending. And if you don't have confidence in the consumer space, you're not going to have the spending.”

Rosenberg believes the economic recovery will be “very fragile” and likely begin in the third quarter. He says life will “to a large extent go back to normal” once a vaccine is discovered, which he thinks could take a year,” but even when that happens, “there’s going to be a price to pay for all this fiscal largesse.”

There’s going to be a price to pay for all this fiscal largesse.

Both Congress and the Federal Reserve have taken unprecedented action to cushion the economy from the fallout caused by COVID-19.

The U.S. Congress passed three phases of relief, including the CARES Act, which supplied $2 trillion of aid to the individuals and businesses hit hardest. Leaders are said to be discussing a fourth phase.

Valliere thinks Fed Chairman Jerome Powell has “made it clear the Fed will do whatever it takes to get us back on our feet.” While the stock market will remain “very volatile,” he said, he thinks the bottom is in.

Rosenberg has a slightly different view.

“Throughout this entire roller-coaster ride, the price-to-earnings multiple on consensus 2021 earnings forecasts is at 16 – back to where it was at the end of January,” he said.

The price-to-earnings ratio is a measure of value that compares a stock's cost to a company's profit per share and is affected by fluctuations in either. It's at levels similar to January's now because earnings projections have been reduced even as stock prices fell.

CORONAVIRUS HAS BIG-MONEY INVESTORS HOARDING MOST CASH SINCE 9/11

“If you thought this market was expensive heading into this crisis phase, which it was, we're back to those valuation levels,” Rosenberg said.

As long as the economy performs reasonably, both Valliere and Rosenberg say Trump  — who has promoted its strength as a signature achievement of his first term — has a pretty good chance of emerging victorious against Democrat Joe Biden in November.

Trump knows the stakes are high. At an April 10 press conference, he called it the "biggest decision" of his life.

“Biden has a decent chance," Valliere said. “I say that knowing that Trump is a very ruthless and effective politician and that he can demonize his enemies better than any politician I've ever seen.”

Rosenberg was a little more confident in the possibility of Trump’s reelection.

“Right now, if you ask me, Trump probably still wins the election, but this is what makes this coming decision so important, because if the economy reopens too quickly and we get a second wave, then I think it's lights out,” Rosenberg said. “So this is why it's almost damned if you do, damned if you don't.”