Trump is the best person to ‘rejuice’ the economy: Kellyanne Conway

Counselor to President Trump Kellyanne Conway weighs in on how President Trump will reopen the economy, the presidential election and holding China and the World Health Organization accountable.

The Federal Reserve reported Wednesday that manufacturing output dropped 6.3% last month, led by plunging production at auto factories that have entirely shut down. Overall, industrial production, which includes factories, utilities and mines, plummeted 5.4%. The declines were the biggest since 1946 and far worse than what economists had expected.

Production of autos and auto parts went into freefall, dropping 28%. 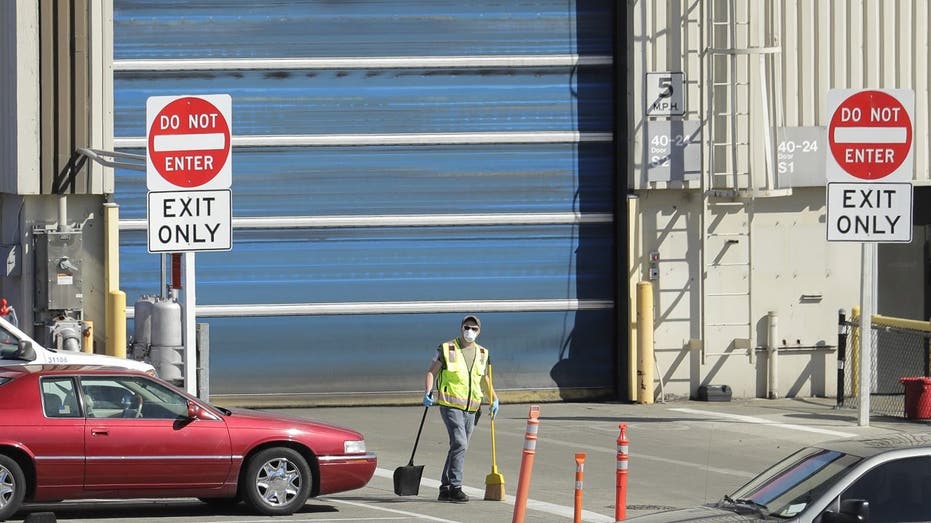 FILE – In this April 13, 2020 file photo, a worker wears a mask as he cleans up an area outside an entrance at Boeing Co.’s airplane assembly facility in Everett, Wash., north of Seattle. (AP Photo/Ted S. Warren, File)

The lockdowns and travel restrictions imposed to combat COVID-19 have brought economic activity to a near-standstill. Output dropped 3.9% at utilities and 2% at mines as oil and gas drilling plunged, the Fed said.

"The outlook is bleak for the industrial sectors,'' James Watson and Gregory Daco at Oxford Economics wrote in a research note. "With the global coronavirus recession leading to a sudden stop in activity at home and around the world, factory output is likely to fall even further in April. Major supply chain disruptions, reduced energy activity and tighter financial conditions will continue to represent major headwinds in the coming months.'' They say industrial production could drop 15% overall.