Commonwealth Bank shares have hit new record highs above $100, in a sign of growing investor confidence bank profits will be boosted by the economic recovery, leading to share buybacks or special dividends.

Shares in the country’s largest bank were trading at $100.09 early on Wednesday afternoon, as other bank stocks also rose, underlining the powerful rebound across the sector from the depths of last year. 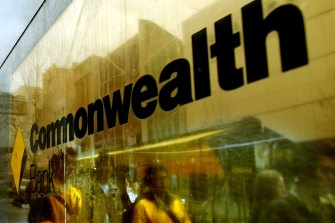 CBA is expected to launch a share buyback or some other type of capital management move.Credit:Michael Clayton-Jones

CBA, which has a market valuation of almost $180 billion and is one of the widely-held stocks in the market, has surged by about 17 per cent since the end of March, the sharpest rise of the big four over this period.

The recent rally comes amid signs CBA is cementing its position as the country’s most profitable bank, and a more general wave of investor optimism towards the sector, which is benefiting as bad debt charges end up being much lower than feared last year.

Regal Funds Management portfolio manager Mark Nathan said there was “nothing magical” about a $100 share price, but CBA was regarded as the best performing bank of the big four.

“CBA has outperformed its peers in terms of its operational performance,” he said. “It’s likely to be the first bank with a buyback or capital return of some form, and it’s got the highest return on equity, which puts it in a very strong position.”

All bank shares have surged from their lows of last year, when the market feared lenders would be swamped by a wave of loan losses.

“We were staring down the barrel of a big bad debt loan loss cycle. That hasn’t eventuated, and the industry has fared a fair bit better than anybody expected at the time,” Mr Nathan said.

Commonwealth Bank tracked largely in line – if slightly behind – its Big Four rivals since hitting the floor during the coronavirus crash in March last year.

The nation’s biggest lender fell to a near eight-year low of $53.44 during the selloff, though has since bounced by 88 per cent as equities rally on stimulus, low rates, and a better-than expected economic recovery. But while CBA’s rise far outstrips a 62 per cent rebound for the wider ASX 200, it still lags the rally enjoyed by its rivals over the past 14 months. ANZ’s share price has gained 102 per cent since March 23, 2020, while NAB is up 100 per cent, and Westpac 95 per cent. 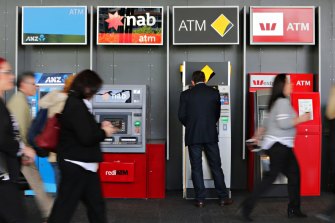 CBA shares have surged by about 17 per cent since the end of March, the sharpest rise of the big four over this period.Credit:Paul Rovere

Morningstar analyst Nathan Zaia said CBA shares did not fall as sharply as others in the early part of the crisis and its dividend reductions were less severe than peers, and investors generally regarded it as the standout of the big four.

“More broadly, over a longer period of time CBA has definitely outperformed its peers,” Mr Zaia said. “It’s had the strongest capital position, it’s had the highest level of provisioning, it’s the most cost efficient bank and it’s been able to take share, which is really difficult for such a large bank.”

While some banks have struggled to keep up with an influx of loan applications in recent months as the property market has boomed, Mr Zaia said CBA appeared to be handling the issue well, with its market share expanding.

That said, Morningstar’s estimate of “fair value” for the stock of $77 is significantly lower than Wednesday’s record high.

Commonwealth Bank investors have jammed their feet on the pedal this quarter with the bank’s price up more than 17 per cent in April and May – no doubt buoyed by the company’s strong first-quarter update.