Kudlow: US reopening sent 3M people back to work

American businesses unexpectedly added jobs in May, a sign the U.S. economy is rebounding faster than anticipated from the sharpest economic slowdown of the postwar era.

Nonfarm employers added 2.5 million workers last month, pushing the unemployment rate down to 13.3 percent, a sharp turnaround from the loss of 8 million jobs expected by Wall Street analysts that would have pushed unemployment to 19.8 percent.

The report “can only be described as spectacular,” Torsten Slok, chief economist at Deutsche Bank, told FOX Business. “There’s still a long road ahead, to be sure, but the fact that number was 10 million better than what was expected really does reveal that the economy, at least where we stand now, is improving quicker than what anyone had expected.”

WHY STOCKS ARE RALLYING AMID AMERICAN RIOTS

The U.S. economy, which shrank by 5 percent in the three months through March, according to an updated estimate from the Commerce Department, is still mired in its sharpest contraction since the end of World War II. Economists up and down Wall Street expect it will shrink at an annualized rate of at least 30 percent in the second quarter.

Job losses in April totaled 20.7 million, a level last seen during the Great Depression, as non-essential businesses were closed to help slow the spread of COVID-19, and almost 43 million Americans have filed new jobless claims over the past 11 weeks.

Leisure and hospitality, retail and construction were among the hardest-hit sectors of the economy, and saw some of the biggest payroll gains in Friday’s report. The leisure industry added 1.24 million positions, while retail hired 368,000 employees and construction payrolls expanded by 464,000 jobs.

“The fact that small businesses and particularly restaurants presumably were able to bring some of their workers back, I think would reflect PPP [Paycheck Protection Program] since it happened before the economic activity actually recovered,” Michelle Meyer, chief U.S. economist at Bank of America, told FOX Business.

The PPP, created as part of the Trump administration’s $2.2 trillion CARES Act stimulus program, provides forgivable loans of up to $10 million to small businesses with the goal of helping them keep employees on the payroll while being shuttered amid COVID-19 stay-at-home orders.

Meyer said the initial surge in jobs can be attributed to “straightforward hiring” due to employers cutting too many workers, but that a portion of the labor force, particularly in retail and hospitality, will struggle to find employment because the sector won’t “come back to the capacity that it was running at prior to the downturn.”

To help cushion those industries, President Trump said at a press conference on Friday that his administration will be “looking at doing something in terms of an incentive with taxes” that will be announced soon.

Evidence of an economic recovery and optimism for the future has swung the yield curve steeper in recent weeks, with the spread between 2-year and 10-year notes widening to above 70 basis points on Friday, a level last seen on March 19, just when lockdowns were beginning. 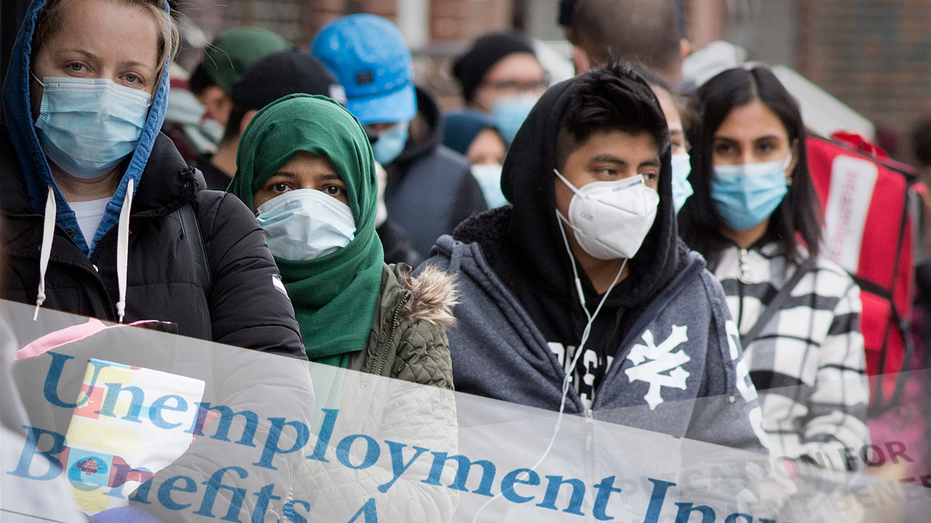 The yield — a combination of the interest rate and the discount demanded by buyers — is typically higher for longer-term securities, since conditions grow harder to predict over extended time frames.

When the curve reverses, or inverts, it signals that investors are more worried about the immediate future and a slump may be imminent.

The curve's steeper climb from short-term to long-term notes now and the improved economic outlook will set a “cautiously positive” tone at next week’s meeting of the Federal Reserve's monetary policy committee, according to Meyer.

“There's a lot of stimulus that's flowing through the economy right now, which clearly seems to be helping if you look at today's jobs number,” she said. “As we learn more about the underlying health of the economy, as we get past the easy growth from rehiring, it may be the case that more stimulus and targeted stimulus is needed to maintain the recovery and make sure it continues.”

President Trump said at a news conference on Friday that his administration is looking at a payroll tax cut, which would be a “tremendous incentive” for businesses and workers, adding that the country is going to be “bigger, stronger and better than we ever were.”

The administration is also looking into more stimulus money, the president said. A Bloomberg report on Thursday said such a package could amount to just under $1 trillion.

Further stimulus will only provide more fuel to a U.S. economy that has not yet reaped the benefits of the reopening of New York City, the tri-state area, Los Angeles and other heavily populated parts of the country.

Deutsche Bank’s Slok said the reopening of those areas implies the U.S. may see even bigger job gains in the coming months as the metropolises help provide a “faster catch up” after the 20 million jobs that were lost in April.

“More people getting jobs means more consumption, which means more GDP,” Slok said. “So from that perspective, we should also expect to see the GDP numbers be better here in the second quarter and the third quarter, given this much faster rebound in the labor market.”