AMP has been hit with a fresh set of civil action by the corporate watchdog over its fees for no service scandal after avoiding criminal charges over the alleged contraventions earlier this month.

The new action, filed in the Federal Court, comes just two weeks after the Australian Securities and Investments Commission said it had finalised its investigation into AMP’s financial planning business. 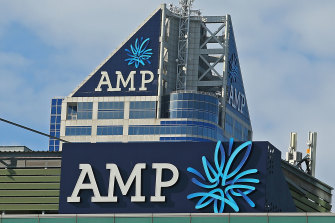 AMP has been in the regulatory wars. Credit:Getty

ASIC released that notice last week after the Commonwealth Director of Public Prosecutions declined to lodge the criminal charges against AMP that had been recommended by ASIC.

The fresh case adds to the regulatory actions being faced by the storied financial institution over revelations at the banking royal commission in 2018. AMP is already facing court over allegedly charging fees to 2,000 customers despite being told of their death.

ASIC alleges a host of AMP companies charged advice fees to more than 1,500 customers despite being notified that those customers were no longer able to access the relevant advice.

“ASIC alleges AMP received over $600,000 in advice fees from affected customer accounts,” the regulator said in a statement.

AMP said in a statement on Friday morning that it became aware in 2018 of the potential fees had been charged to some members where they were no longer linked to a specific plan.

“AMP took action to rectify the issue, self-reported it to ASIC, and commenced a remediation process,” the company said.

“The remediation was completed in November 2019, with approximately 2,500 customers being
remediated a total sum of approximately $900,000 covering fees charged and lost earnings.”