London (CNN Business)Digital payments are booming in India — and Prosus, the tech investment firm, wants a bigger piece of the action.

The Netherlands-based company said Tuesday that it had agreed a $4.7 billion deal to buy Indian digital payments provider BillDesk. Prosus plans to merge BillDesk with its own fintech business, PayU, to create one of the top online payments providers globally.
PayU is already operating in India, Latin America and Europe. But if India’s regulators greenlight the BillDesk deal, Prosus (PROSY) will almost double its investment in the country.

“We’ve invested close to $6 billion in Indian tech to date, and this deal will see that increase to more than $10 billion,” CEO Bob van Dijk said in a statement.

Prosus, a spin-off by South African media and internet investment firm Naspers (NAPRF), is the top shareholder in Tencent (TCEHY), with a nearly 29% stake in the Chinese social media and gaming giant.

It’s also built positions in food delivery companies, including India’s Swiggy, education technology firms and other internet platforms.
Yet van Dijk emphasized the importance of India, which he called the company’s “number one investment destination.” 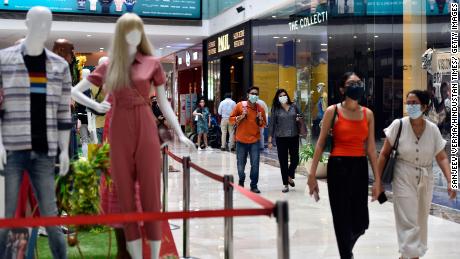 The country’s huge market and fast-growing economy have clear appeal. India’s digital payments sector, in particular, has been exploding.
Last month, Paytm, which is backed by investors such as Softbank (SFTBF), Berkshire Hathaway (BRKA) and Alibaba-affiliate Ant Group, said it plans to raise $2.2 billion in its market debut. That would be a record amount of money for an initial public offering by a tech company in Mumbai.
Mobile payment apps have dramatically grown in popularity in India since late 2016, when Prime Minister Narendra Modi suddenly banned the country’s two biggest rupee notes with the aim of cracking down on tax evasion and illegal wealth. The move accelerated the shift away from cash toward digital payments.

The trend has continued during the pandemic. In its release, BillDesk pointed to data from the Reserve Bank of India indicating that digital retail transactions grew by more than 80% in the last two years. More than 200 million new users are expected to adopt digital payments over the next three years.
— Diksha Madhok contributed reporting.
Source: Read Full Article