Inside a factory unit in the middle of Osborne Park, Chironix is developing some of the world's most advanced robotics and software – the kind that could revolutionise human relationships with technology. 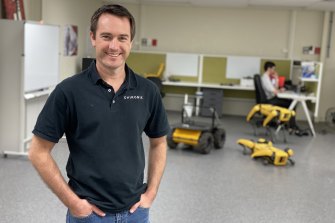 Daniel Milford's Chironix has partnered with some of the world's most advanced robotics companies.

In just three years, the Perth startup has become so well connected it is Google's only official partner in the Asia-Pacific region able to develop software for Google’s wearable technology and is one of the only robotics companies in the southern hemisphere working with 'quadruped', or four-legged, robots.

Despite their achievements, Mr Milford said they had hit brick walls trying to convince West Australian business and government and instead counted the US Navy as one of their biggest supporters.

With no meaningful government support on the horizon, Mr Milford is now wondering what life might be like across the Nullarbor.

Mr Milford wants to keep Chironix in Perth, but a $264 million program by the Victorian government offering a brand new headquarters at the old General Motors Holden site and a sizeable relocation cheque is more tempting than anything the WA government has on offer.

"I'm constantly having this tether that pulls me to the east coast of Australia at least, if not overseas," Mr Milford said.

"[If] the state government doesn't have a strategy in place that small businesses can latch onto to get to that level where we are export-competitive, then the options are obvious."

Data released by Startup WA in its 2019 Startup Ecosystem Report shows WA holds the wooden spoon for the state with the lowest investment in emerging tech companies.

In Queensland, the state has allocated upwards of $750 million towards funds, scholarships, mentorship opportunities, boot camps and acceleration programs.

Like Chironix, Roborigger founder and inventor Derick Markwell has also been fighting the urge to move his operations.

The West Perth-based robot crane maker has shot to prominence over the past six months after winning a record three WA innovation awards and becoming only the second WA company – after online graphic design behemoth, Canva – to be taken under the wing of famed Sydney venture capital firm Blackbird.

Mr Markwell said there was no reason why he couldn't keep operations in Perth, but better incentives in countries like Norway made considering a move worthwhile.

"We got nothing from the state government. Zero," he said.

While Perth's affordable inner-city living, proximity to the Asian market and the rise of shared working spaces were strong drawcards for innovators to set up shop, Mr Markwell said there was a lack of support programs to scale up businesses.

"There's a very strong disincentive once you get going to provide additional support," he said. 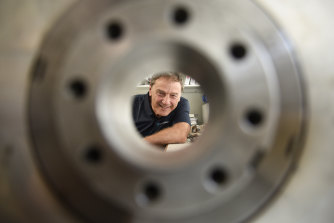 "At the moment they try to penalise you because when you achieve success they say you don't need any grants."

Many within the startup scene have warned if the WA government doesn't put meaningful effort into building the ecosystem, the state was doomed to relive the boom-and-bust rollercoaster of its resources sector.

Brodie McCulloch is the founder and managing director of one of WA's first coworking spaces, Spacecubed, which has become a hotbed for startups.

He said WA was competing globally now and needed to set itself up as a destination for technology.

"Those states are investing that because they can see real opportunity in this space and how they can leverage existing industries but also diversify," he said.

"I think for WA to be serious about this it needs to increase that level of investment to something meaningful."

We'll scale, we'll achieve and succeed and you'll buy products back off us in five years’ time at three times the price.

"Unless there is someone who wants to take a stand and say there are future jobs, and high-value jobs for kids in WA are important to us, we’re going to be stuck with the resources cycle that we’re in," he said.

"Some people in the government seem to think that supporting innovative companies means losing jobs not gaining them," he said.

"I think a better case needs to be made that isn’t the case."

No 'big pot of cash'

WA Innovation Minister Dave Kelly defended the size of the government's $16.7 million fund and said it was a significant commitment given the budget the party "inherited" from the previous Barnett government.

He said current government measures, such as higher-density development and the McGowan Government's Metronet project, were helping to create a good business climate.

"Startups don't want to have to buy a banger and drive around the city, they want a city with a modern transport system and we get that," he said.

However, startups itching to get cash out of the government's coffers shouldn't hold their breath, with the minister refusing to commit to a fund comparable in size to the eastern states.

"A big pot of cash to be handing out, that's something we don't have at this point in time," he said.

For those businesses pondering whether to move interstate or wait for more lucrative offers at home, Mr Kelly said the government would not "chase individuals and individuals’ companies" with offers to keep them in WA. 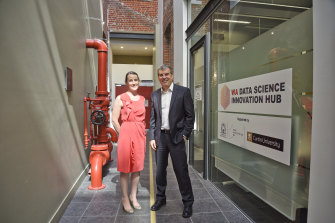 "In this day and age people do travel and they move around, you can't expect that entrepreneurs who are born and bred in Perth will stay in Perth all their life," he said.

Mr Kelly highlighted other programs he said was helping grow the ecosystem including the three innovation hubs based at Perth universities and the $126.6 million medical technology fund announced in September.

But entrepreneurs such as Mr Milford and Mr Markwell believe it is this lack of political vision creating the brain drain.

"There is nothing wrong with a politician or a front bench of government having a vision and following it," Mr Milford said.

"Inevitably if WA loses us in the future, we'll scale, we'll achieve and succeed and you'll buy products back off us in five years’ time at three times the price."