Afterpay has reported a 90 per cent jump in underlying sales in the year to June, led by strong growth in its North American business, which is the company’s largest region.

The buy now, pay later operator on Wednesday reported revenue growth of 78 per cent to $924.7 million, which is slightly below market expectations for $941.2 million in revenue. 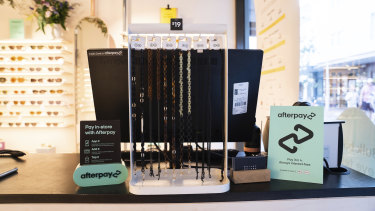 Afterpay said 25,000 people had joined the platform during the financial year.

Afterpay, which this month agreed to a takeover from United States fintech Square, said its active customers had increased by 25,000 people a day during the year to 16.2 million in total. It said underlying sales on the platform jumped 90 per cent to $21.1 billion in the year.

The company made a loss of $159.4 million, an increase on last year’s loss of $22.9 million. Afterpay said the main reason for the loss was a net loss on financial liabilities and the cost of share-based payments.

Earnings before interest, tax, depreciation and amortisation (EBITDA) were $38.7 million, down 13 per cent, which is said reflected higher investment in staff and marketing as it looks to expand the business globally.