According to Scott Morrison’s last-minute appeal, in deciding our vote we should have considered nothing but the economy and stuck with the Coalition, the only team to be trusted with financial matters. But we spurned his advice and put Labor in charge. Now what happens?

Will the economy be better or worse under Anthony Albanese and a new treasurer, Jim Chalmers?

Short answer: whether economic conditions get better or worse in the next three years will be changed only to an extent by a new government. Things will be different, but not hugely so. 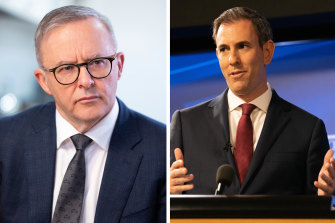 That’s for four reasons. First, because, in our more globalised world, much of what happens is beyond the ability of any government to control. Second, because economies are like ocean liners: they take a long time to answer the helm.

Third, because in this small-target election, Labor’s stated policies weren’t greatly different from the Liberals’. And finally, the elected government shares the management of the economy with the independent Reserve Bank, which made its intention to continue raising interest rates crystal clear earlier this month.

In their response to the pandemic, Morrison and his erstwhile treasurer, Josh Frydenberg, stuck pretty closely to Treasury advice about the budget’s role. And I’ll be surprised to see Labor doing much freelancing.

But aren’t the Libs much better at economic management than Labor? That’s the stereotype deeply ingrained in the thinking of many voters – which Morrison was seeking to evoke in his last-minute appeal.

Trouble is, hard evidence to support this pre-judgment is hard to find. In a recent extensive review of the figures by the independent economist Saul Eslake, he could find no strong support for the idea that one side was clearly better than the other.

Why not? For the four reasons I’ve just listed.

The Reserve Bank knows if it raises interest rates so high they capsize the economy, all fingers will be pointing to it, not to Albanese and Chalmers.

So how is Labor likely to do? Not as well as the new government’s supporters hope, but not as badly as its opponents predicted. At this early stage, however, when we’re so fully conscious of the failings of the last lot, we’re entitled to hope for some improvement.

One we can hope for is that the new government won’t be playing favourites and enemies like Morrison did.

Whatever does happen to the economy in the next few years, one thing we can be sure of is that the Libs will claim to have handed over an economy in tip-top condition. Morrison and Frydenberg spent the entire campaign telling us how “strong” the economy is.

It is in some respects, but not in others. It’s certainly true that the jobs market is in better shape than it’s been in decades. At 3.9 per cent, the unemployment rate is at its lowest in 48 years and underemployment is its lowest in 14 years. The proportion of working-age people with jobs has never been higher.

You’d expect this to mean wages are also growing strongly, but not a bit of it. Wages have struggled to keep up with prices for the past decade and, with the recent surge in prices, have fallen well behind.

Part of the reason is that, thanks to weak business investment in better equipment, there’s been little improvement in the productivity of labour. Living standards have hardly improved in since before the Coalition took the reins in 2013.

It’s weak wage growth that does most to explain why the high cost of living seemed the biggest issue in this election. And it’s the cost of living that helps explain why voters turned on the self-proclaimed great economic managers. 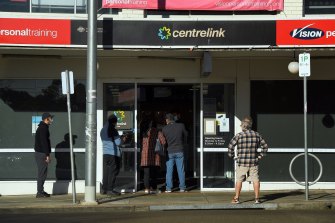 Business profits are doing fine, but the Liberals have failed to deliver ordinary working families their fair share of the lolly – and allowed many of their jobs to become less secure. And that’s before you get to the huge budget deficits the government itself foresaw extending further than the eye could see.

There’s one issue it’s reasonable to expect Labor to care more about and do more to fix: making wages grow faster. Can any government do much about wages? Of course. They can start by urging the Fair Work Commission to lift award wages in line with prices. And give their own employees a decent pay rise after years of wages being held back.

A staunch Liberal mate thinks this was a good election for his side to lose. He thinks the world economy’s likely to weaken and this, combined with our problem using higher interest rates to control inflation, might see us fall back into recession.

I’m not so pessimistic.

There may be some rocky times ahead as the world copes with its various problems. But the Reserve Bank knows if it raises interest rates so high they capsize the economy, all fingers will be pointing to it, not to Albanese and Chalmers.

Ross Gittins is the economics editor.