Thousands of flat owners face months, possibly years, of being unable to sell or remortgage because they cannot get hold of new fire safety paperwork required by banks and building societies.

Rules brought in after the Grenfell fire, which killed 72 people in 2017, mean surveyors acting for mortgage lenders are making extra checks to ensure a building’s construction is free of combustible materials.

Many are asking for evidence of an external wall survey, which comes in the form of an ESW1 certificate – and problems are arising as people find that their building does not have one.

Frustrated homeowners are not only unable to sell – unless they can find a cash buyer – but can face months on their lender’s most expensive deal: the standard variable rate. Those with shared-ownership properties have also found they are unable to get mortgages to “staircase up” – the process of increasing the proportion of the home that they own.

Chris Sykes, a mortgage consultant with the broker Private Finance, says it is a big issue for would-be borrowers.

“Risk-averse surveyors are reporting that they can’t be sure that a building is cladding free or fire safe, and as a result the mortgage company won’t lend unless they see the certificate, which the management company usually can’t or won’t provide,” he says.

“It is mostly affecting flats in higher-rise buildings built in the past 10 years but others are being caught up in it, too.”

Among those affected are Kishan Dave and his fellow owners at a block of flats in London. He says they feel “trapped” as their building does not have a certificate.

The EWS1 certificate was introduced last December to give lenders confidence to lend on apartments built before changes to the building regulations in 2018.

It is not a legal requirement, but was developed by lenders with the Royal Institution of Chartered Surveyors (Rics) to make the valuation process easier.

Originally, it was designed for flats in high-rise blocks, typically at least six storeys, but in January, ministers said fire safety should be considered on all blocks, irrespective of height.

Now many lenders are asking for it on properties that, their owners say, pose no unusual risk.

In the past few weeks, countless sales and purchases, agreed in the post-lockdown mini property boom, have either collapsed or are in limbo.

Forms are commissioned by freeholders, last five years and only one is needed for each block but few buildings have them and it is difficult to get a survey done.

There are only 300 or so experts certified to carry out these inspections and they have been prioritising taller buildings, and those where there is known to be cladding. As a result, some flat owners have been told it is unlikely their building will be examined for several years – in some cases not until 2026.

Some freeholders are refusing to commission the work, telling homeowners that lenders should not be requiring them because their buildings have no cladding or are under six storeys high.

Guardian Money first highlighted problems faced by flat owners in high-rise blocks in November last year. The form was introduced after that to smooth the process.

Dave’s flat is in a four-storey block in Rayners Lane, north-west London. He has remortgaged it three times with no problem and was not expecting difficulties when he applied for a buy-to-let mortgage so he could move out and get tenants.

“A mortgage broker has found me deals where the lender says they don’t need the form but then when everything’s been filled out and we get to the last hurdle – the valuation – they ask for it,” he says.

As a result, he has been unable to move from a standard variable rate, or to an interest-only buy-to-let mortgage, and is paying £700 a month more than if he could have switched.

“There are only eight flats in my block and one of the others has had sales fall through,” he says.

The freeholder initially said the form was not needed, while now it says it is proving difficult to get the assessment. “We feel trapped – we can’t do anything to progress this,” Dave says.

Sykes says he knows of one flat that was declined by two valuers for different lenders, before a third agreed a mortgage without the form. “The government needs to find a solution. Until they do, a lot of people are going to be stuck.”

The banking body UK Finance, which represents the mortgage providers, says hundreds of blocks have already been assessed. “We understand the concerns raised,” it says. “However, it is only by assessing and fixing buildings which the government advice says are at risk, that we can ultimately resolve fire safety concerns and we have actively liaised with government to streamline the process while prioritising safety concerns.”

Rics says government advice requires all potentially unsafe cladding systems to be checked and the EWS1 form was developed with this in mind.

Although all buildings are in its scope, Rics says there always needs to be a reason for an EWS1 request “and we do not expect all buildings under 18 metres to fall into this category”. It adds that the EWS1 form “is not the silver bullet to solving this crisis but without it even fewer mortgages would go through”

The Ministry of Housing, Communities and Local Government says: “We do not support a blanket approach to EWS1 forms on buildings, and where owners are able to demonstrate their buildings are safe using other equivalent evidence, we would encourage lenders to accept that. We are investigating further actions we can take to support the industry, including looking at ways to address capacity issues.”

Firefighter’s plans to relocate on hold 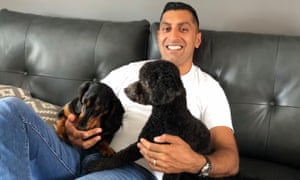 There’s an irony in Micky Bhasin’s struggle to sell his flat in Islington, north London – he works in the borough as a leading firefighter for the London fire brigade.

Despite finding an eager buyer in January, Bhasin, his partner and two children, have been unable to complete the sale, meaning plans to relocate to a bigger home are on hold.“It’s a shared-ownership flat, which we bought in 2008 – we’ve outgrown it, so we are trying to move,” he says.

Everything looked set to go ahead until, at the last minute, after all of the searches and surveys had been done, the buyer’s lender asked for an EWS1 form. It is currently refusing to release the mortgage money until that is done.

Bhasin says two fire-risk assessments, for the housing association that owns the block, found no problems; the building is under 18 metres tall with some acrylic render but the rest is glass and brick. “This now leaves me unable to sell, unable to staircase and unable to remortgage,” he says. “The saving grace is that we enjoy where we live but there’s no garden and being on top of everyone during lockdown was hard.”

Bhasin is not the only resident of the block to run up against problems and together they have managed to persuade their housing association to arrange the EWS1 – initially it said it wasn’t necessary on buildings such as theirs.“I can understand people wanting to be safe but this was built 13 years ago and I’ve got the architects’ drawings with all of the materials used and spoken to the builder. It’s very frustrating.”