As Australians retire with higher superannuation balances, fewer will need income assistance from the age pension early in retirement.

However, the age pension safety net will still be there in their later years, after younger retirees spend through their super. 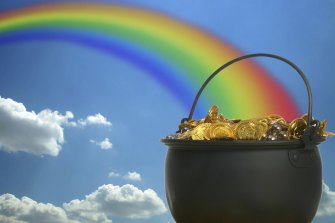 Only a proportion of a lifetime income stream is now counted under the assets test, which can lead to an increase in age pension payments.Credit:Age

Those who are some way from retirement might not have thought much about the age pension, how it works, or whether they will be entitled to it.

There are also many who think the age pension won’t be there when they are in their golden years. However, it is still very well covered by the Federal government.

In 2017, Australia had the sixth-lowest ranking of OECD countries in terms of the proportion of Gross Domestic Product spent on the age pension or its equivalent.

Every five years or so, the Treasury prepares an Intergenerational Report, which examines the long-term sustainability of government policies over a period of 40 years.

It focuses on key components of the budget, such as health and social security, in the context of demographic changes, population growth and other factors.

Not every retiree receives the age pension because entitlement is assessed through means tests, which looks at the income and assets of single and couple retirees. Those with sufficient means do not qualify for the pension once income or assets reach certain minimum thresholds.

However, the means tests were changed in July, 2019, in relation to retirement income products known as lifetime income streams. The tests have been simplified and can make it easier for retirees to plan for the long term.

A feature of lifetime income streams is that they provide payments matched to a person’s life. These can include both income and capital – that is, they give you your money back over time, but the payments never run out.

Under the changes, only a proportion of a lifetime income stream is now counted under the assets test, with 60 per cent of the investment counted up to age 84, and thereafter just 30 per cent.

For example, for age pensioners James and Jenny, who have $500,000 in super, the changes provide an opportunity to increase their pension payments immediately.

Their assets are subject to the means test, so they do not currently get the full age pension.

However, if they invested $50,000 each into a lifetime annuity, just $60,000 of that amount is counted in the assets test. The $40,000 reduction in assessed assets means their fortnightly pension payments would increase by $60 each, or a combined $3,120 in the first year.

As James and Jenny spend some of their super through retirement, their age pension will increase, eventually to the maximum rate.

Even if they spent all of their super they would never be left with just the age pension. This is because payments from their lifetime annuities will continue as long as they live.

Having a lifetime income stream can give retirees the confidence to spend while they can early in retirement, knowing all essential costs are covered.

Higher age pension payments also mean that their remaining super will be able to last longer, as retirees don’t need to drawdown as much to sustain their lifestyle.