The Bank of England voiced cautious optimism about the UK’s economic outlook in the wake of a sharp fall in coronavirus infections and the rapid rollout of the nation’s COVID-19 vaccination program.

In a statement, the policymaking Monetary Policy Committee noted some “positive” recent economic developments as it kept the bank’s main interest rate unchanged at the record low of 0.1 per cent . All nine members of the committee also voted against any further increase in the bank’s bond-buying program. 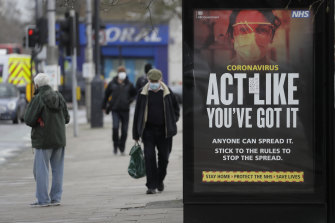 The UK economy has been savaged by the coronavirus but the Bank of England sees brighter days ahead.Credit:AP

The decision to keep interest rates on hold had been widely predicted in financial markets following Britain’s improved coronavirus situation.

“The rates of COVID infections and hospitalisations have fallen markedly across the United Kingdom and the vaccination program is proceeding at a rapid pace,” the committee said in minutes published alongside the decision. “Looking ahead, the expected easing of COVID restrictions made it likely that there would be increases in both supply and demand over the coming months.”

The combination of falling coronavirus infections — new cases are running at around 5000 a day against a peak of nearly 70,000 a day in early January — and the rapid rollout of vaccines has spurred hopes about a pick-up in economic activity in the spring as lockdown restrictions are lifted.

The turnaround is notable since Britain has had Europe’s deadliest coronavirus outbreak, with around 126,000 dead.

The British government, which is responsible for the lockdown in England, has laid out a path for easing restrictions over the coming weeks but insists that it will be guided by the “data, not dates.” The other nations of the UK — Scotland, Wales and Northern Ireland — are following similar lockdown easing timetables.

By mid-April, the British government hopes that retailers in England selling nonessential items, such as footwear and books, will be able to reopen. Pubs are also set to reopen outdoors from that date, with indoor serving following on May 17.

Also bolstering the anticipated recovery has been the speed at which the coronavirus vaccines have been injected into people’s arms, certainly when compared with other nations in Europe. By Wednesday, more than 25 million people in the UK had received a first dose of vaccine, nearly half of its eligible adult population.

However, vaccine supply issues are cropping up and could impinge on the anticipated recovery. On Thursday, the British government said planned vaccinations for people under 50 may be delayed for up to a month amid a shortfall in supply, partly due to reduced deliveries from the Serum Institute of India. 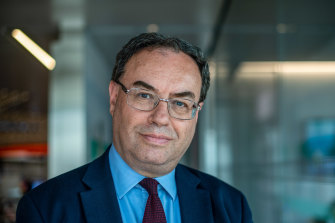 The British economy has been one of the worst-performing over the past year and remains around 10 per cent smaller than it was in early 2020. Many blame that on the Conservative government’s repeated failures to back lockdown restrictions early enough.

In a report Thursday, the well-respected Resolution Foundation think-tank said the delays cost thousands of lives and deepened the economic crisis.

“Going timidly and late on lockdowns has been a disaster, causing many thousands of avoidable deaths,” said Mike Brewer, chief economist at the Resolution Foundation. “Furthermore, delays to restrictions have meant them needing to be tougher and longer-lasting than in other countries, thereby worsening the economic damage.”