World Wrestling Entertainment, Inc. (WWE) shares fell 8% during Wednesday's session after Chairman and CEO Vince McMahon sold shares and Loop Capital downgraded the stock. CEO McMahon disclosed a variable prepaid forward contract covering 3.5 million shares of Class B common stock, which represents about 4.5% of the total outstanding shares and 15% of his holdings. The move is designed to provide McMahon with liquidity while retaining his voting, dividend, and price appreciation rights during the contract's effective length.

On Wednesday, Loop Capital downgraded WWE stock to Sell with a $30 price target – a 17% discount to the current market price. Analyst Alan Gould said that a "transformative deal" for the company was not materializing and that the CEO's share sale has shaken confidence. Gould added that ratings have been slipping and that Wrestlemania won't be the same spectacle.

Earlier this month, the company announced that it would cancel public events around Wrestlemania in Florida but that it would live-stream the event on April 5 on the WWE Network and Pay Per View. Guggenheim, a well-known bull, cut its price target at the time from $65 to $60 per share, saying that TV partners could still draw high ratings. 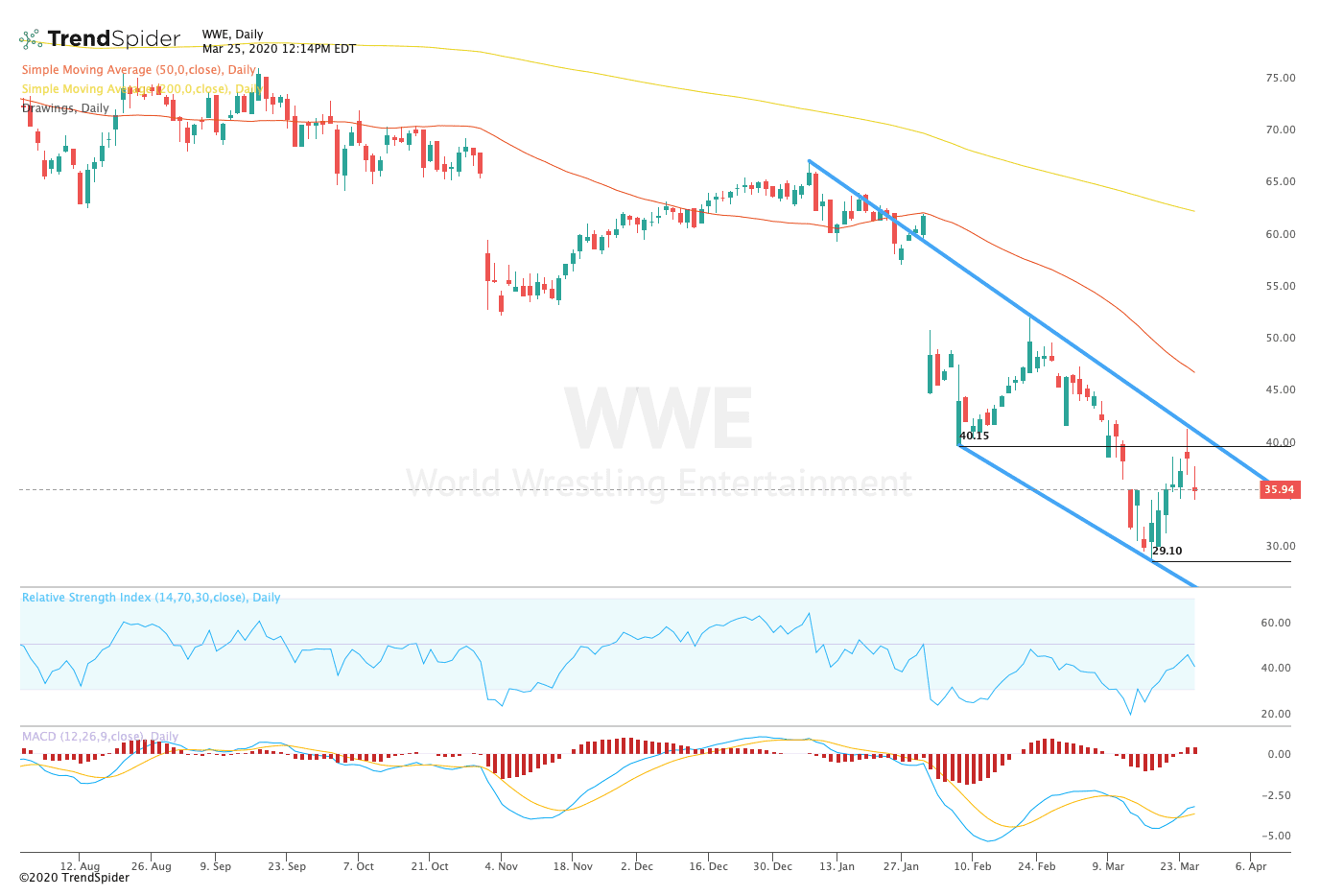 From a technical standpoint, WWE stock moved lower after failing to break out from trendline resistance. The relative strength index (RSI) remains neutral with a reading of 40.19, but the moving average convergence divergence (MACD) remains below the zero line. The bullish crossover that occurred earlier this month appears likely to reverse.