More than 40 governors around the country have told their residents to stay home in order to curb the spread of COVID-19, allowing only “essential” businesses to keep operating during the pandemic. But many employers are stretching the definition of “essential” and insisting on staying open ― and  employees who are scared to show up for work don’t know where to turn.

From crafts stores to custom closet installers to home-furnishing retailers, corporate lawyers have been arguing in letters to their workforces that they are too important to close even as the public-health crisis worsens. Employees who are dubious of those claims have been parsing the language of their stay-at-home orders and asking government officials why they are still expected to clock in.

While some states have moved swiftly to clarify the exemptions, several workers told HuffPost they reached out to their governors’ offices, their mayors, their local health or police departments and have waited days for definitive answers.

“We have tried everything to get [our store] shut down,” an exasperated employee of a JoAnn Fabrics and Crafts store in California said. “This is very scary for all of us.”

The worker said colleagues tried their city health department, the local police and the state’s attorney general but got no reply.

States have issued the stay-at-home orders, not the federal government, meaning there is no single entity charged with determining whether a business is, in fact, “essential.” Most state orders follow the blueprint for “critical infrastructure” that the Department of Homeland Security created.

But that is not a definitive list of vital employers ― it is merely guidance on the essential sectors, like health care and food and agriculture. Some companies have taken generous readings of the language in the orders ― for instance, home furnishing retailers that declare themselves part of the critical transportation infrastructure, since they ship products out of their warehouses.

“I think the default should be that human lives are more important. We need to keep people home and safe,” said Terri Gerstein, director of the state and local enforcement project at the Harvard Law School’s Labor and Worklife Program. “If a business sells a few bottles of water and otherwise all nonessential items … then there’s a real question about why those businesses should be able to stay open and use a fig leaf to put their people at risk.”

‘We Still Aren’t Sure How This Is Legal’

While governors have declared the stay-at-home orders, most state attorneys general are not set up to deal with a deluge of worker complaints. Even state unemployment agencies are buckling under the pressure of COVID-19 claims. That may help explain why Michigan has explicitly asked local police with help enforcing its order. The state’s attorney general, Dana Nessel, said they were overwhelmed with calls after the order went into effect.

New York State posted a hotline number and complaint form on its website for residents to report any “non-essential gatherings or any non-essential businesses” that haven’t shut down. It specifically states the right of workers to “file a complaint against your employer or place of work.” But in other states, such as Ohio, most of the enforcement has fallen to local health departments.

Pier 1, the home decor retailer that recently declared bankruptcy, has continued to ship products from its busy warehouse outside Columbus, Ohio. A worker there recently told HuffPost he believes the facility should be shut down as non-essential, saying “I don’t want to be the person who died for fragrant oils.”

The spouse of another employee at the facility told HuffPost they reported the facility to the county health department “quite a few times” during the pandemic and were told the county was looking into it. But as of Sunday, the facility was still open, and the family had not received a clear answer on whether Pier 1 is indeed essential. Pier 1 has said its warehouse operation is an essential business under the transportation exemption of the order.

“We still aren’t sure how this is legal,” the spouse said.

An employee at an Ohio warehouse for Darice, an arts-and-crafts wholesaler, said she has tried in vain to have the facility closed during the outbreak. She said her efforts to get a determination on the company’s essentiality went in circles.

“I sent an email to the city that we work in, to the mayor. I assume it’s probably his secretary [answering them]. They emailed me back and said I should contact the health department or the police department,” she said. 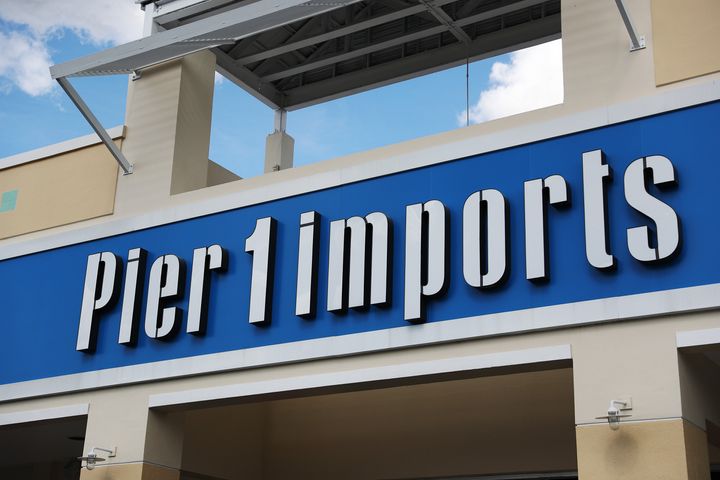 She said the county health department eventually told her that so long as there was a location for handwashing and workers had enough space between them the warehouse could continue to operate. An email she sent to the governor’s office did not receive a reply, she said.

A Cincinnati Enquirer report last week found enforcement of the state’s stay-home order to be “murky.” Some counties had closed only a handful of businesses while others had closed dozens by the end of March. “Health departments across the state must decide how to enforce the Ohio Department of Health and DeWine’s order to close non-essential businesses,” the reporters found. “Each one has its own interpretation.”

‘We Have Huge Lines Out The Door’

The interpretation has varied county by county and state by state. The JoAnn stores have been one of the most controversial businesses to try to keep its doors open, and their success at doing so has differed from one place to the next.

On Tuesday, the state of Michigan informed the company that it had to close its stores to customers during the pandemic. The state’s attorney general had determined the store was not an essential business.

But just six days earlier, officials in Pennsylvania had come to the opposite conclusion. JoAnn stores, the governor’s office wrote in a letter to the company, would be allowed to stay open as COVID-19 spread. State officials found that JoAnn’s plays “a critical role in the manufacture and supply of goods necessary to sustain life.” That is, the chain sells fabric that can be made into masks.

Workers in JoAnn stores that are still taking walk-in business have watched in envy as locations in other cities and states have shuttered to all but curbside pickup. Many fear either they or their family members will end up sick because they continued clocking in at busy stores. Some have even asked a reporter how they could get their stores closed.

The California worker noted that some other JoAnn locations nearby no longer have their doors open to the public. The worker said they would try city officials again early this week.

“Anything you could do would be deeply appreciated,” the worker said. “We have huge lines out the door every day with no distancing.”