Wistron, which had only 2,000 employees till June, had added around 10,000 more within the next few months on a contractual basis as Apple began gearing up for direct online sales of its flagship products in India.
Samreen Ahmad reports from Bengaluru.

Taiwanese major Wistron, whose iPhone manufacturing plant was vandalised earlier this month over wage issues, has said the incident will not impact the company significantly.

‘As the Narasapura facility is a new operation and the shipment quantity is still small, the incident will not cause significant impact to Wistron,’ it said in a statement to the Taiwan Stock Exchange.

The company had pegged the damages during the riot at Rs 50 crore (Rs 500 million).

It also manufactures Microsoft and Lenovo products at the factory.

Technology major Apple had said on Saturday it will not provide new business contracts to Wistron globally until the Taiwanese manufacturer completes all corrective actions at its Narasapura facility, around 60 km from Bengaluru.

The company will continue to make iPhone SE and iPhone 7 models at the unit.

“The programmes that have been initiated before the Narasapura issue remain,” said a source.

Wistron has admitted to lapses in payment of wages to employees and assured full compensation to them.

It has also removed its vice president, Vincent Lee, who used to oversee the business in India.

Expressing disappointment, Apple said its focus is on making sure everyone in the supply chain is protected and treated with dignity and respect.

Wistron, which had only 2,000 employees till June, had added around 10,000 more within the next few months on a contractual basis as Apple began gearing up for direct online sales of its flagship products in India.

‘This is a new facility and we recognise that we made mistakes as we expanded,’ said Wistron.

An initial government report pointed out that Wistron’s HR department was not adequately set up with personnel of sound knowledge of labour laws.
Surajeet Das Gupta reports. 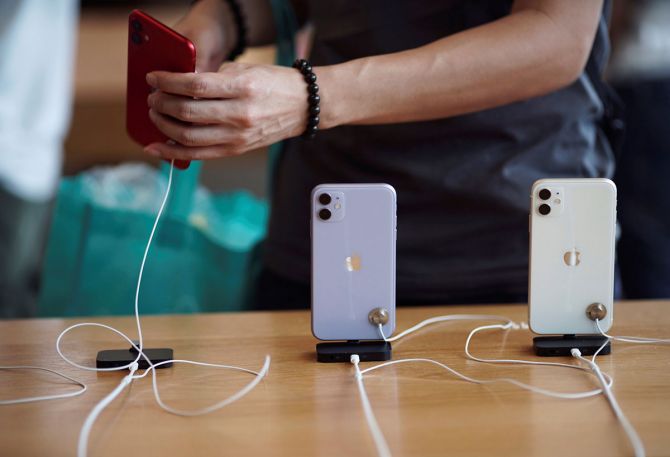 Labour trouble at the Wistron plant in Bengaluru has not affected Apple Inc, which has enough stocks of iPhone SE 2020 and is in a position to divert the ones for export to the market in India.

It will continue to manufacture the model in accordance with the existing order because only new orders have been put on hold.

iPhone SE 2020 is one of the popular phones like Apple 11, which is the biggest seller in the domestic market.

Sources in the know say Apple Inc does not need to increase imports of iPhones due to the disruption at the Wistron factory.

New orders will be given to Wistron, now under probation, only after it has settled its labour issues.

Analysts say last year 75-80 per cent of its phones sold in India were manufactured in the country and the bulk of those were iPhone SE, iPhone 11, and 10R.

This year, analysts say, it expects to sell over 2 million phones, especially after smuggling fell dramatically due to restricted flights between Dubai and the US.

Sources say a preliminary assessment has found that no stocks of phones have been stolen.

Only phones on assembly lines were attacked by workers, who have been agitating on labour issues.

So sufficient stocks are available, and also the peak season for sales, which is November-December, is getting over.

In response to a query, Apple Inc said it had nothing to say on the matter.

The company’s biggest sellers in the country, iPhone 11, as well as the iPhone XR, will not face any hindrance because they are manufactured at the Foxconn plant in Chennai.

And the iPhone 12 and Pro Max are imported.

However, Foxconn is expected to manufacture iPhone 12 as part of Apple’s plan.

Wistron will be manufacturing iPhone 12 Mini sometime in February and March next year.

The model till then will be imported.

However, analysts say by then it is expected the Taiwanese company will solve its labour issues and the probation might no longer be applicable.

As the iPhone 12 Mini pricing falls in the same bracket as that of iPhone 11, which is a much bigger phone and has caught the fancy of Indian consumers, its sales will not be less than 5 per cent of the total, analysts say.

An initial government report pointed out that Wistron’s HR department was not adequately set up with personnel of sound knowledge of labour laws.

The factory has adopted two shifts of 12 hours per day system from October 4, with three breaks of half an hour each in each shift.

‘The confusion in the minds of the workers about their wage inclusive of overtime on account of the change in work pattern from 8 hour shift to 12 hour has not been addressed properly by the HR personnel in line with the legal provisions of law,’ said the report submitted by the department of factories, boilers, industrial safety & health. 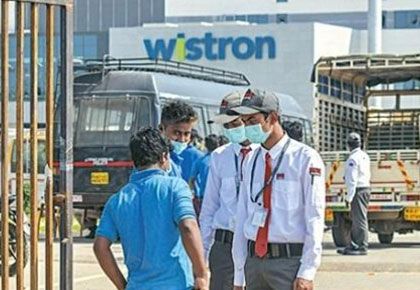