‘We have to stop thinking about GDP and look at the impact on output and unemployment.’
‘And that is not going to be insignificant.’

As policymakers search for answers to the coronavirus pandemic, Rathin Roy, director, National Institute of Public Finance and Policy and former adviser to Prime Minister Narendra Damodardas Modi, asserts it cannot be combated through a business-as-usual economic scenario.

Speaking to Arup Roychoudhury, he says the government and the private sector will have to take a call on whether India should re-gear itself as a war economy, wherein all resources are utilised with a single aim of defeating the enemy.

Knowing that the situation is quite dynamic, what according to you would be COVID-19’s impact on GDP?

The impact of the crisis, even without community transmission, is also not going to be negligible for two reasons: One, the epicentre of the crisis is now Europe, an important trade partner for India. And therefore, a lot of aggregate demand in many key industries will be impacted.

The traditional problem that you would identify in a country that is very much integrated with global supply chains is going to be muted in India precisely because we have failed to fully integrate. But this adds on to the supply chain problems from China as well.

I’m assuming that even if those supply chain problems are sorted, the trouble is that the alternative — which is domestic production — will make things more expensive. This is the reason why we are importing many things from China in the first place.

For a number of items, it is cheaper to import from China than to produce in India. And if things become more expensive, it won’t be possible to restore aggregate demand, because prices will be higher.

So we have to brace for that, particularly for an impact on the service sector.

But I’ve just been looking at the service sector data, and I am very encouraged by that. The relative importance of sectors that are immediately impacted — such as transport and hospitality — is relatively limited if you measure it in terms of contribution to GDP.

This is because the value-added contribution of these services is relatively small. Their value of output, however, is large.

We have to stop thinking about GDP and have to look at its impact by looking at the impact of the value of output and unemployment. And that is not going to be insignificant. 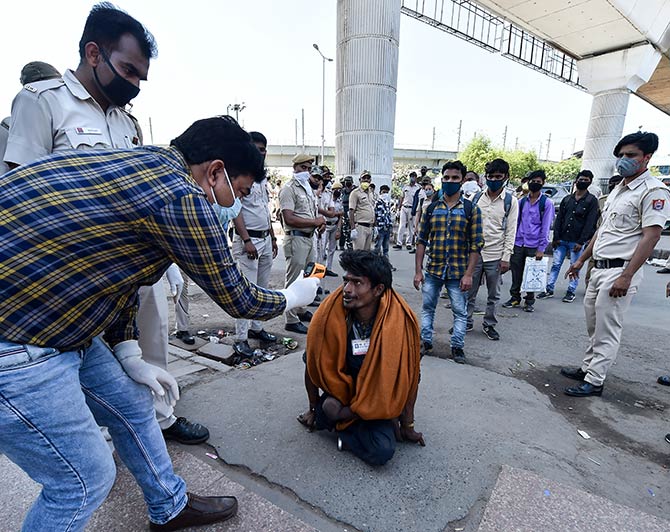 How has the government’s response been so far?

I think the governments, both at the Centre and in the states, have stepped up to the plate in an exemplary manner in their handling of the crisis.

The handling of the crisis: The clear identification — that the biggest risk at this stage comes from transmission from areas outside the Indian borders — has let the Government of India implement a series of calibrated measures which do not involve stress on what is a very limited health infrastructure.

However, I think we would have to be prepared for the stage-III of the problem or community spreading.

What sort of solutions are we looking at, in terms of the economy? Do we have the resources to deal with the pandemic if it escalates?

It is very clear that the standard tools or economic analysis, and the standard instruments of macroeconomic policy will not be effective in these circumstances.

And the analytical way to think through this — and that decision has to be taken collectively by the government, the private sector, everybody — is to decide that we have to shift the way we think about the economy from a business-as-usual scenario to a wartime economy.

And therefore, you have to repurpose the economy to make the materials needed for the job and not the materials that we would during peacetime.

In the specific case of a pandemic, therefore, we need to ramp up the health infrastructure of the country.

We are therefore not looking at building new hospitals as we would in peacetime. We are looking at the things we can do to convert existing buildings — like a hotel or an industrial plant — into hospitals.

Hospitals or public health care centres then take priority over everything else.

We are looking at making sure that the things we need — right from testing to medicines to vaccines to diagnosis to research and development, to the multilateral response and alliance building which happen during wars — are put in place.

We need to make absolutely sure that finance is not a binding constraint on this repurposing of the economy.

It is very clear that it has to be anticipatory. We need to be a couple of months ahead of the curve.

We will have to start looking at our medical personnel at all levels like wartime soldiers, sailors and airmen. And we will have to make sure that we do not use them in numbers that could jeopardise our response to this pandemic. And that would mean, creating a far more expensive ecosystem for medical professionals to be in. And additional measures such as accepting the trade-off between deploying them 16 hours a day in high-risk situations to deploying them 10 hours a day. Fewer hours reduce the risk and one is able to give an additional 10 hours the next day. 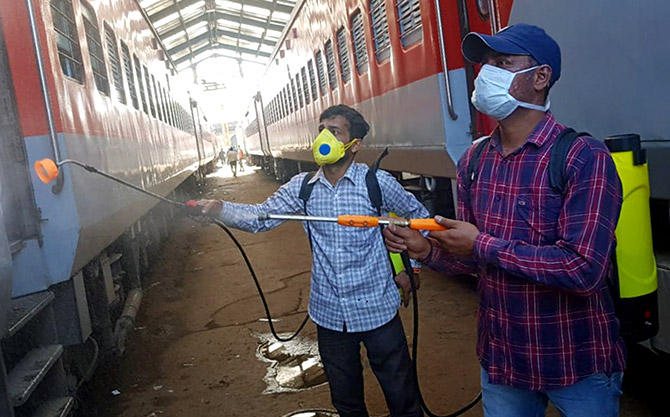 Are you assessing the impact the pandemic could have on India’s industrial output, trade numbers and other indicators?

I do not think that we should judge much from quarterly data except the vector, that is, the direction.

What I can say is that the short-term pick up that I was expecting before this crisis, in the second and third quarter of this year, is jeopardised.

It would be counterproductive to change its forecast because I don’t think that anyone, including the government, will be able to make a quantifiable forecast with any degree of accuracy at this time.

There will surely be an impact on tax revenue and divestment.

Yes. When economic activity slows, then tax revenue collections will not be as forecasted earlier.

If there is a danger of wealth destruction caused by this pandemic, then the value proposition of engaging in capital acquisitions, including divestments, will be considerably weaker than before.

Add to that, there is nothing you can do with macroeconomic policy here because what is driving the decline in the value proposition is not the cost of capital. So people are not going to be making linear calculations at the margin.

A good example would be the privatisation of Air India. Even if I compensate the prospective buyer for valuations — let’s say by adding net worth into the company through public money — we don’t know for how long, the business operations of the carrier is going to be affected.