“The failure of the latest efforts to suspend the U.S. federal government’s debt limit indicates that the current stand-off could be among the most protracted since 2013,” Fitch said. 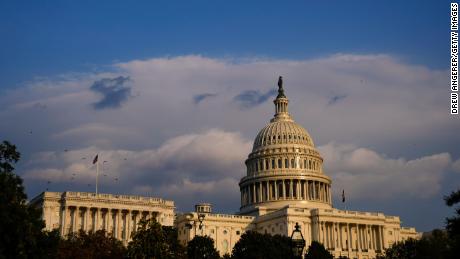 Echoing what S&P Global Ratings said Thursday, Fitch said it believes the debt limit will be raised or suspended “in time to avert a default event.”

However, Fitch added that “if this were not done in a timely manner, political brinksmanship and reduced financing flexibility could increase the risk of a US sovereign default.”

The Treasury Department has warned it will run out of cash and exhaust extraordinary measures by October 18. At that point, Treasury would no longer have 100% confidence it could pay America’s bills.
Fitch suggested that getting near that date could trigger a downgrade.
“We view reaching the Treasury’s X-date without the debt limit having been raised as the principal tail risk to the US sovereign’s willingness and capacity to pay,” Fitch said. “If this appeared likely we would review the US sovereign rating, with probably negative implications.”
Fitch reiterated that the United States would likely get downgraded even if it kept paying bondholders, but delayed other payments like Social Security and paychecks to federal workers. 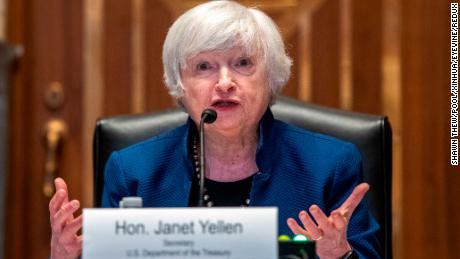 “Prioritization of debt payments, assuming this is an option, would lead to non-payment or delayed payment of other obligations, which would likely undermine the U.S.’s ‘AAA’ status,” Fitch said.
During the 2011 debt ceiling fight, S&P downgraded the US credit rating for the first time ever, while Fitch and Moody’s kept a perfect AAA rating on the world’s largest economy. Fitch has had a negative outlook on the United States since July 2020.

“The debt limit impasse reflects a lack of political consensus that has hampered the U.S.’s ability to meet fiscal challenges for some time,” Fitch said on Friday.
Fitch said amending the reconciliation bill to address the debt ceiling “appears the most viable option for raising the debt ceiling, but the process would take some time in the Senate.”
Source: Read Full Article