London (CNN Business)The United Kingdom will delay the introduction of border checks on imports from the European Union by as much as six months in a bid to avoid piling on the pain for British business and choking off vital food supplies.

The UK government on Friday backtracked on plans to impose full border checks on EU imports on January 1, 2021, in the hope of relieving pressure on companies already slammed by the coronavirus and uncertainty over terms of trade with the country’s biggest export market. 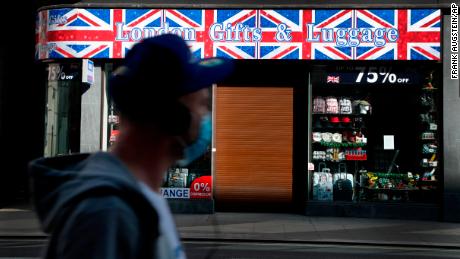 As recently as February, just days after Brexit took effect, it had said full controls would be in place to start the new year. Now it’s planning to phase them in, under pressure from a collapsing UK economy and businesses that cannot afford another body blow.

The United Kingdom also confirmed that it will not extend its post-Brexit transition period with the European Union beyond the end of the year, meaning business and retailers may still have to deal with the shock of new tariffs and other trade barriers if a new trade deal with Brussels isn’t finalized in the next few months.
Under the new border arrangements, UK businesses importing standard goods from the European Union, such as electronics and clothes, will be allowed to defer full customs declarations and any tariff payments for up to six months. Plant and animal products, such as meat, honey, milk and eggs, will be subject to customs checks starting in April. By July, companies will have to make full declarations and pay tariffs at the point of importation.

The government said in a statement that its approach will “give industry extra time to make necessary arrangements.”
The policy reversal comes after UK business groups pushed in recent weeks for more clarity on border arrangements and the terms of future trade with the European Union, warning that companies already weakened by coronavirus fallout won’t be able to withstand another shock. 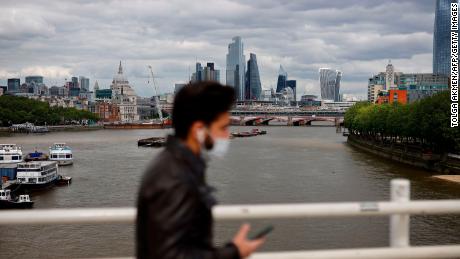 “The logistics industry is extremely grateful for the measures announced by the UK government to stage the introduction of new trading arrangements,” Elizabeth de Jong, policy director at the Freight Transport Association, said in a statement. “They have listened to our concerns and made allowances to enable our sector to recover from the Covid-19 pandemic and plan effectively so that we can continue to trade effectively with Europe,” she added.
The government also announced that it would build new border facilities, including at ports and inland sites, so that customs checks can be carried out, and unveiled a £50 million ($63 million) package to better enable customs intermediaries, such as brokers, freight forwarders and parcel operators, to prepare. 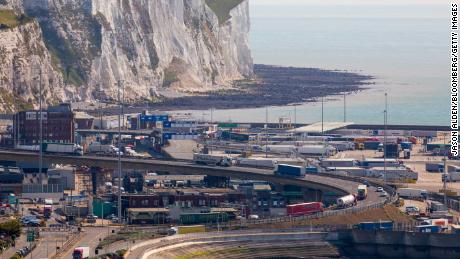 The stakes are high at the border: The United Kingdom currently enjoys frictionless trade with the European Union, and any delays from new customs checks at border crossings would throw into chaos the supply chains that manufacturing companies in Britain — such as carmakers — rely on.
The biggest crunch point is expected to be the English Channel crossing between Dover and the French town of Calais. The port of Dover handled 2.5 million trucks in 2018 and another 1.7 million passed through the nearby Eurotunnel under the channel.
Industry groups have warned that foods and medicines may not reach shelves if there are lengthy delays at the border. The European Union is the United Kingdom’s single largest trading partner, accounting for 45% of all UK exports in 2018 and 53% of imports, according to the Office for National Statistics. Europe is also the United Kingdom’s leading foreign supplier of food, accounting for more than a quarter of the value of food consumed in Britain.

Britain is in a precarious economic position.
The country is already heading for the worst coronavirus-induced slump of any major economy, according to the Organization for Economic Cooperation and Development. GDP collapsed by about 20% in April, the first full month of lockdown.
British companies have borrowed nearly £35 billion ($44.4 billion) so far under government coronavirus relief programs, according to figures released Tuesday by the UK Treasury. And nearly 9 million people — about 27% of the workforce — are relying on the state to pay all or part of their salary at a cost of £19.6 billion ($22.2 billion) thus far. 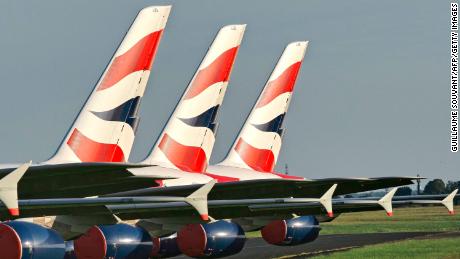 Now fears are rising that businesses could face a one-two punch from coronavirus and cutting its remaining ties with the European Union without a deal in place to protect trade. Talks on a new trade agreement have made little progress.
“Negotiators seem to be stuck at an impasse and are far apart on key issues such as governance, level-playing-field rules, fishing and, critically, the Northern Irish border,” economists at Berenberg Bank said in a note Friday.
The Organization for Economic Cooperation and Development expects the UK economy to shrink by 11.5% this year even if a basic free trade agreement with the European Union is reached, and a second wave of infections is avoided.

A sharp increase in coronavirus cases coupled with a costly final exit from the European Union would only produce a deeper slump.
— Luke McGee contributed reporting.
Source: Read Full Article