Last week, Tesla began selling two new versions of its Model 3 manufactured at its Shanghai plant, including a long-range and performance model. These new models are priced lower than imported versions of the vehicle, which could translate to greater sales volume.

Goldman Sachs also resumed coverage of Tesla stock with a Buy rating and an $864 price target. Analyst Mark Delaney believes that the company has a significant product lead in electric vehicles (EVs), which is a market poised for long-term secular growth. He also believes that the stock is attractively valued given Tesla's revenue growth.

The auto industry has been under pressure after Ford Motor Company (F) provided an update on its first quarter outlook. Analysts were caught off guard by the company's cash burn as manufacturing plants sat idle. With other automakers set to weigh in over the coming days, the industry could see more pain before gains. 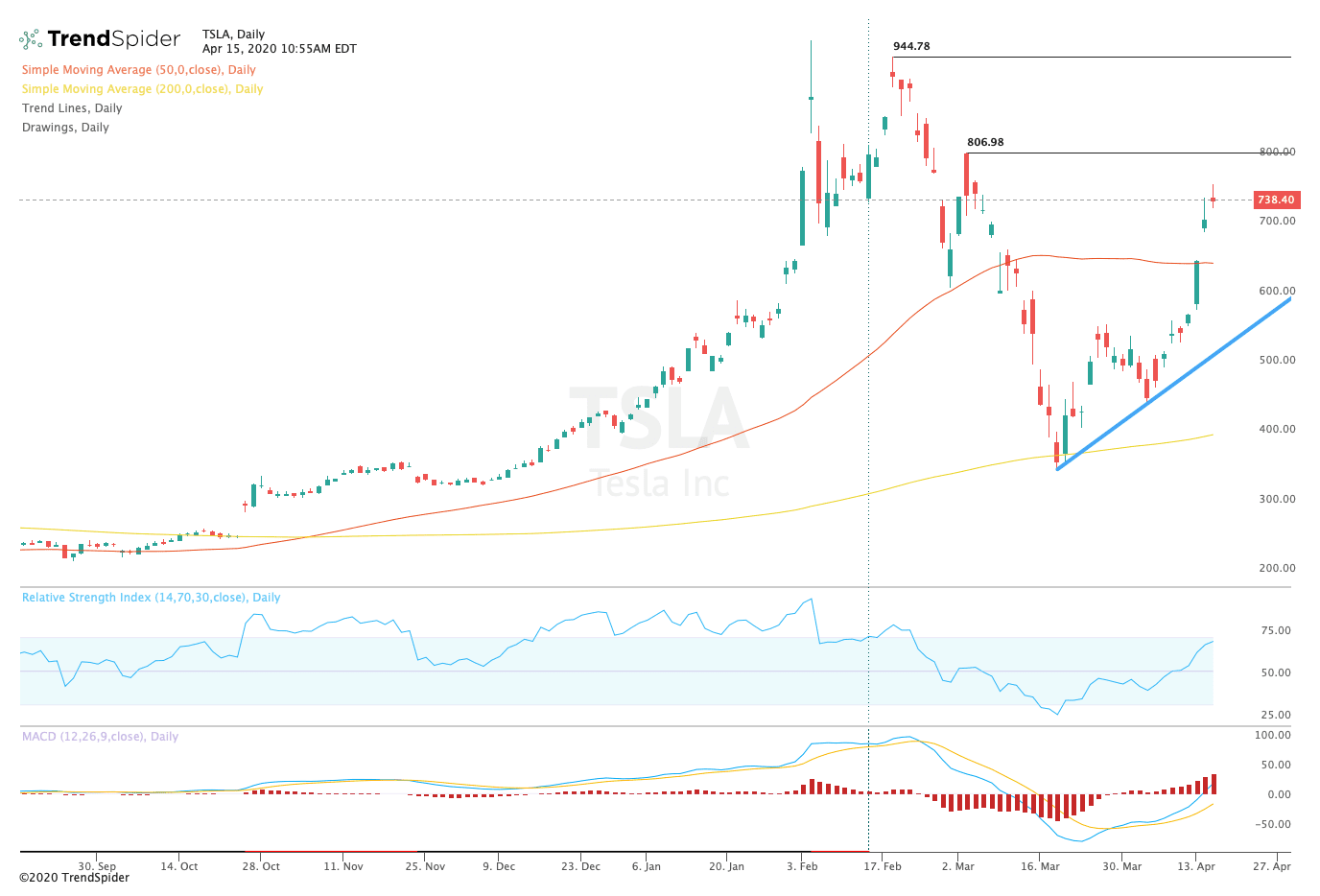 From a technical standpoint, the stock extended its rally over the past few sessions. The relative strength index (RSI) moved toward overbought levels with a reading of 67.75, but the moving average convergence divergence (MACD) remains in a bullish uptrend. These indicators suggest that the stock could see near-term consolidation on its way higher.

Traders should watch for consolidation above the 50-day moving average at $647.40 over the coming sessions before the stock resumes its move higher toward reaction highs of $806.98 or $944.78. If the stock breaks down from the 50-day moving average, traders could see a move toward trendline support at around $545.00, although that appears less likely to occur at the moment.