Mark Mixer, CEO of a health plan in Georgia, was at a crossroads last year.

The cost of providing health coverage to his 175 Alliant Health Plans employees had spun out of control. He’d been slammed with premium hikes of over 40% for three straight years.

Employees were already shouldering a large chunk of the tab for their health insurance, and he worried they’d opt to go without coverage if he shifted any more of the bill to them.

So Mixer made a big decision.

He ditched the company’s traditional health plan and sent his employees to buy their own coverage on the individual market, where he found that insurance prices were lower than premiums for group plans. He gave them enough money to cover a low-cost silver plan on the Affordable Care Act marketplace, and most workers were able to afford a similar plan to what they had before, he said.

He also helped Hamilton Health Care System, which shares a parent company with Alliant Health, give its 1,850 employees money to buy their own individual health plans. Hamilton could save up to $7.2 million this year, despite giving its employees enough money to buy a gold plan, he said.

Mixer is taking advantage of a new way to provide employee health benefits using certain “health reimbursement arrangements” that the Trump administration made available for the first time in 2020. Technically known as individual coverage HRAs, or ICHRAs, employers can use these to give workers pre-tax money to go buy insurance on their own. 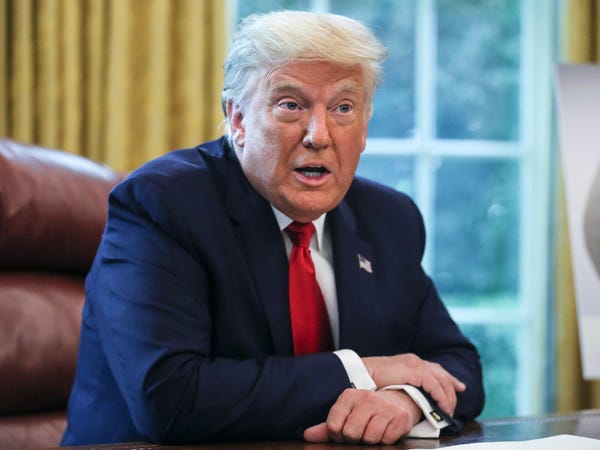 Mixer said shifting to the HRAs was the only way to save so much money.

“You’ve got provider groups, consultants, brokers, and wellness companies all coming at the employer say we can help move the healthcare spending needle,” he said. “Every single idea they bring will move it, if at all, incrementally, but nothing can move it to the degree the ICHRA can.”

The strategy could become even more popular as big insurers like Aetna and UnitedHealthcare dial up their presence in the ACA marketplace, and as the Biden administration doles out beefier financial subsidies for people who buy plans there, potentially driving more people to the individual market and reducing premiums. The Trump administration estimated that 11.4 million would be covered by these HRAs in 2027.

Still, critics worry that despite protections included in the regulations, some employers could dump their sickest, costliest workers off their plans, causing premiums to rise for everyone in the individual insurance market. It’s also unclear whether President Joe Biden intends to keep HRAs around, since he’s signaled he wants to roll back certain Trump-era rules.

HRAs are gaining steam among employers, and startups are clamoring for a piece of the market 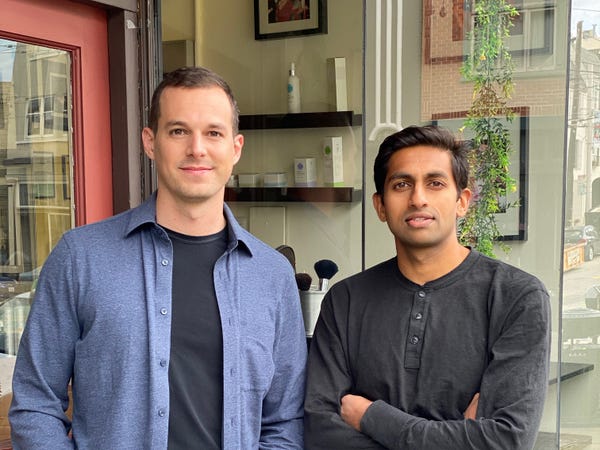 Finding information about how many people have bought an individual insurance plan using an employer-funded HRA can be difficult, and a spokesperson for the Centers for Medicare and Medicaid Services said the agency didn’t have any data to share.

But 10 HRA administrators, brokers, and technology companies that Insider spoke with said enrollment in the new coverage option is growing in the second year these HRAs have been available. A survey by Willis Towers Watson found that 15% of employers are considering offering one in 2022 or later. 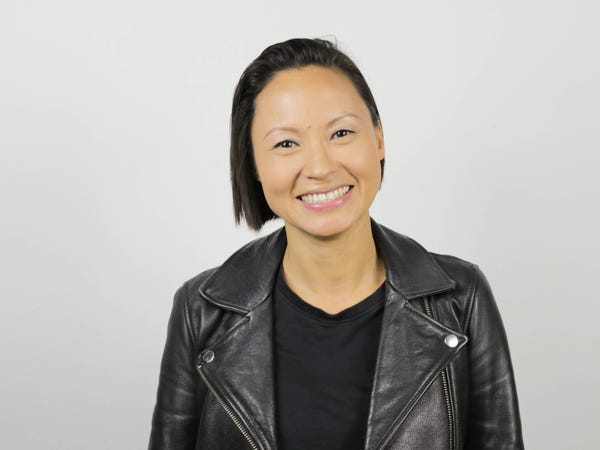 The growing interest among employers has become a big business for companies hoping to snap up a potential influx of new customers in the individual market.

Nexben, a software company that partners with brokers who enroll people in coverage, told Insider that about 31,000 people have enrolled in an individual plan using an HRA or have signed up to do so next year through its platform. That’s spread across more than 350 employers.

HRA administrator Take Command Health said 15,000 people have enrolled on its platform. The number of employers it works with has more than tripled since the same time last year, it told Insider.

HealthSherpa, a web broker an online insurance marketplace, said it’s had about 3,000 people across 100 employers enroll in coverage with the HRA option since July 2020. Cat Perez, co-founder and chief product officer at HealthSherpa, said employers adopting the strategy are likely to be in areas of the country where individual market premiums are lower than group premiums.

Suril Kantaria founded startup Savvy in 2019 on the back of the HRA regulation. Savvy’s tech platform gives employers a way to fund their employees’ health insurance premiums and helps workers shop for plans.

Kantaria said the number of employees enrolling in coverage on Savvy’s platform has grown 500% in the last three months alone. Demand was so high that the company was forced to create a waitlist that grew to more than 100 employers, he said. He declined to share how many employees have enrolled in total on Savvy’s platform.

Most companies offering an individual coverage HRA are small employers with fewer than 50 workers, though some bigger companies with hundreds or a few thousand employees are adopting it too, several HRA administrators and brokers told Insider.

Some small employers had never offered health benefits before, and the HRA is giving them an opportunity to help their employees with insurance for the first time. About 70% of employers working with Take Command are new to offering benefits, the company said. 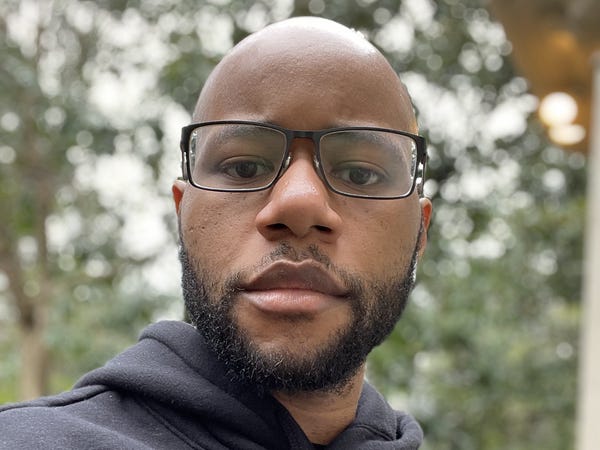 That’s the case at Cinchapi, a data analytics startup with seven employees.

Jeff Nelson, the founder of Cinchapi, said he’d always wanted to provide his workers with health coverage and was spurred to action by the pandemic.

He quickly found that his company wasn’t large enough to get a group plan with some of the best insurers, which required a minimum number of employees to participate. His employees also work remotely throughout the country, making it hard to find one plan that works for each of them.

A Google search led him to the individual coverage HRA. He’s now giving single employees $500 and families up to $2,000 to cover their individual-market premiums. All seven employees are using the money. Some were previously on their parents’ plans, while others had been buying it on their own or they didn’t have insurance.

One of the biggest benefits is that employees’ health plans aren’t tied to their jobs.

“I don’t expect them to stay at my company for 30 years,” Nelson said. “One thing I told them is that if ever you decide to transition and go somewhere else or go out on your own and start a company, the plan that you have, you can keep it.” 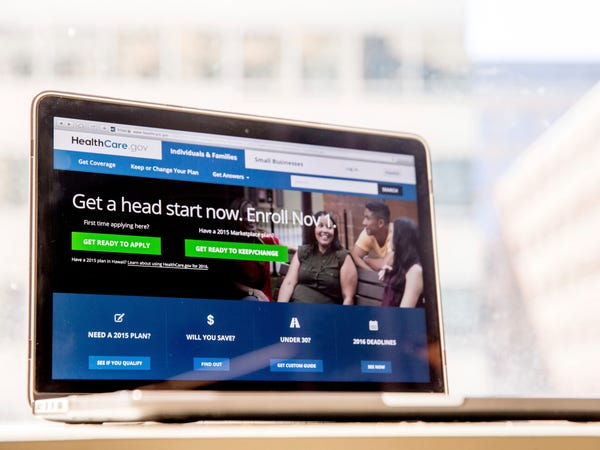 Critics of the HRA option argue that employers might find ways to dump their oldest or sickest employees onto the ACA marketplace, leading to higher premiums for everybody buying insurance there.

They also say plans on the individual market tend to be less generous than employer health plans, with narrower doctor networks and higher deductibles than marketplace plans. Employees might also be faced with too many choices while finding coverage on their own.

Supporters of the HRA said the regulations include strong safeguards to ensure employers don’t discriminate or toss older, costlier workers off their group plans.

Among the people on Nexben’s platform, young people up to age 34 made up the biggest portion of people to enroll in individual coverage with an HRA at 41%, according to the company. On the ACA marketplace in 2020, about a quarter of signups were from people 18 to 34.

Under the rules, employers have to give the same amount to all employees of a certain type, such as full-time, part-time or temporary employees. They can also group workers by location. And companies can’t give employees a choice between a group plan or buying their own plan with an HRA.

The regulations also require employers to fund the HRA so that the lowest-cost silver plan available is affordable, meaning workers don’t spend more than about 10% of their household income on coverage. If they don’t, larger companies could face penalties and low-income workers might quality for a ACA subsidy instead.

For the most part, employers are paying 68% of the cost of employees’ individual plan premiums, according to Nexben.

Still, some employers are designing the HRA to be unaffordable so employees can claim a federal subsidy. Brad O’Neill, a Colorado-based broker who said he’s enrolled 5,000 people in these HRAs, said he recently helped an employer with 1,000 workers do just that.

“We found that it’s sometimes better for the employer to pay the penalty,” he said.

The future of HRAs under the Biden administration is murky 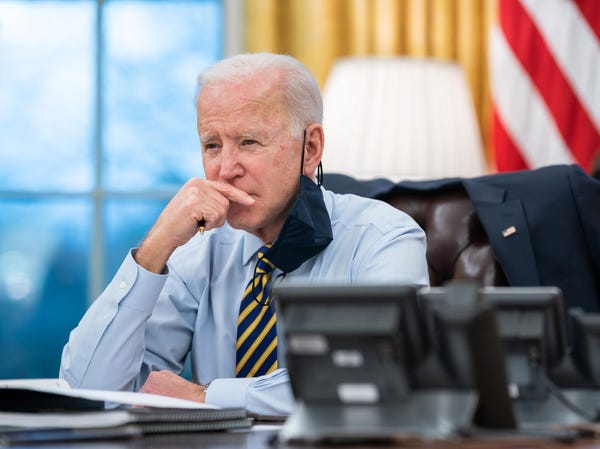 The companies helping employers move to HRAs don’t know whether the Biden administration will continue to allow employers to tap the new coverage option or roll it back.

The Biden administration has already revoked President Donald Trump’s October 2017 executive order that directed federal agencies to expand access to HRAs, among other types of health plans. It ordered those agencies to consider suspending, revising or rescinding actions related to Trump’s executive order, which could mean issuing a new rule or revisiting older ones.

CMS has asked stakeholders for information related to the HRAs, an agency spokesperson confirmed.

Several sources said they expect the Biden administration, which is supportive of the ACA, to embrace the new coverage option because they said it would help bolster the marketplace by driving more people to enroll, which could help lower premiums.

“Ultimately, this is going to be the most successful the better the individual market is.”