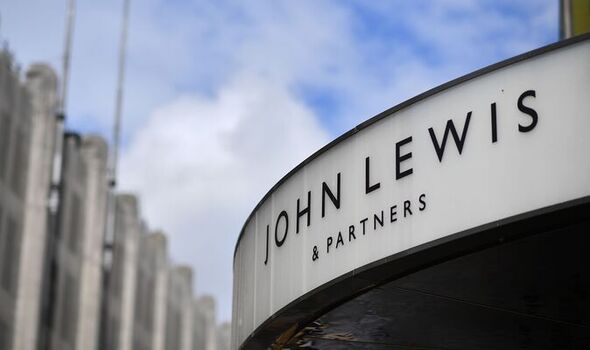 The group behind John Lewis department stores and the Waitrose supermarket chain said a “substantial strengthening of performance” was needed to justify a payout to its 76,000 workers – known as partners.

The John Lewis Partnership restored the bonus last year – at 3 percent of staff salary – after scrapping it in 2020 for the first time since 1953.

However, it came as the employee-owned group on Thursday announced extra support for staff.

As well as providing free food at work for 14 weeks over winter, it also confirmed one-off cost of living payments equal to £500 for a full-time staff member.

Together with a 4 percent wage rise for the lowest paid workers, the group said it amounted to £45million of help.

It came as the group saw losses balloon to £99million in the six months to the end of July, from £29million the same time last year.

Dame Sharon White, chairman of the John Lewis Partnership, said: “We have made the very conscious choice to forego profit so we can prioritise support for our partners, customers, our suppliers, and communities.”

Sales at John Lewis rose by 3 percent to £2.1billion, but fell 5 percent to £3.6billion at Waitrose.

The group, like other firms, is also battling a jump in costs just as customers rein in their spending in the face of soaring household bills.

Pippa Wicks, executive director for John Lewis, said it had held off passing on all of the price increases from suppliers.

Sales of the chain’s Anyday value range jumped 28 percent, with demand for air fryers up 56 percent as households try to trim their energy bills.

In finance, it has halved the starting point for interest-free credit to £500.

Ms Wicks said 85 percent of John Lewis’s Christmas stock was in the country, allaying concerns it would be hit by a lengthy strike at the Port of Felixstowe.

But the group warned trading in the all-important last three months of the year was still “highly uncertain” as the cost crunch impacts consumer spending.